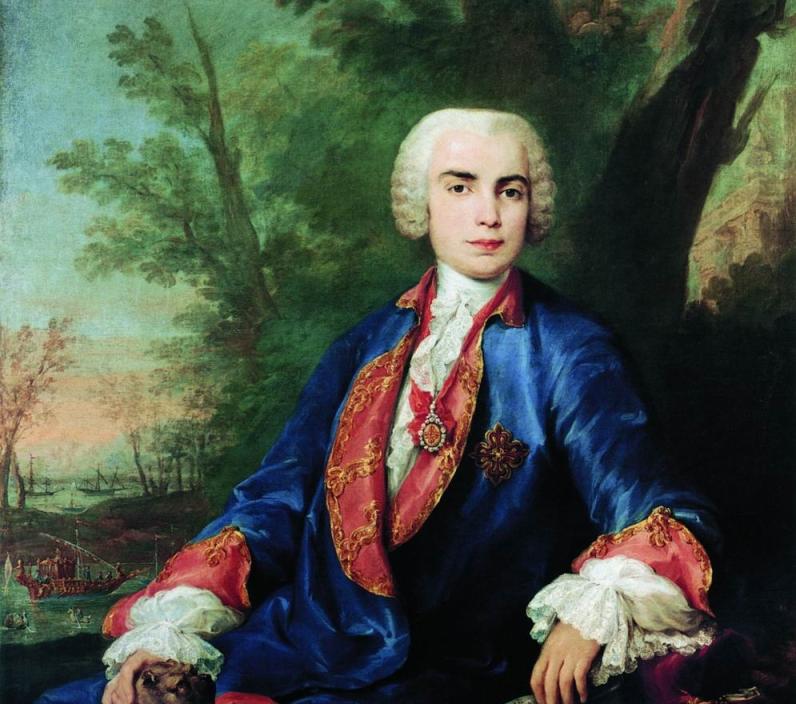 The castrato tradition goes back to the western Christian cult, more specifically from the Byzantine church, which recruited eunuchs for the celebration of its cult. However, the phenomenon doesn’t appear in Europe before the mid-16th century, and not at all in relation with singing: some suggest it was considered as a cure for several illnesses, others talk about badly performed surgeries.

By the end of the century, the practice travels from Spain to Italy, probably under the influence of the Mozarabic civilization present in the country, to appear in the papal chapel registers in 1599. The popularity of these new singers grows quickly, so much so that they appear in every royal chapel by the beginning of the next century.

This increasing demand, combined with the economic crisis spreading in Italy during the 1620s, pushed some parents to have their son operated on. In an early period, the ecclesiastic career would be looked at as a financial relief for the parents; later, the perspective of a successful career and sizeable incomes would persuade some parents to conclude sometimes dubious contracts with teachers or wealthy locals.

As singing was his only viable possibility for getting income, the young castrato was in many ways bound to the institution where he studied, and to his teacher. The Neapolitan conservatori were the most prestigious among those: famous masters would teach counterpoint, literature and singing, especially breathing and ornamentation techniques.

The singer would begin his training early, usually in the schola cantorum of the church he served. His main - and often sole - career would be that of church singer. Women weren’t allowed to sing in church, so the higher parts had to be sung by men. They were first held by young boys, but their lack of training, due to quick voice breaking, had them replaced by falsetto* singers. With the appearance of castrati and their powerful voices, falsetto fell out of fashion as they were considered weaker and strangely artificial. Furthermore, the symbolic of purity surrounding castrati – they were thought to be free from the original sin – would give them the ability of transcending the Christian listener.

Before 1750, only some especially talented singers were allowed to leave the chapel for the opera season. And it is not until the last third of the 18th century that the castrato parts really develop on the international opera stages. This new generation of singers, seduced by large incomes, will stand out as one of opera virtuosos, though they keep their ecclesiastical connection as to secure later retirement. This double function will not go without some tricky compromises between Christian obligations and sometimes daring roles!

But these lucky few stay very few indeed as several selections punctuate the road to success: between more or less talented young people, then between more or less successful surgical operation – some boys lose the beauty of their voice during adolescence despite the operation –; finally, only 10% of the most talented singers will sing outside the chapel.

*Falsetto singing is a technique allowing men to sing in a higher register that their 'natural' voice, for example a countertenor.

Carlo Broschi (1705-1782), known as Farinelli, was the most adulated castrato of his time. He carried his success through all of Italy, London and Spain. The legend surrounding him was such that the Queen of Spain hired him with the hope he would cure the depressed King Philip V. He was also the composer of several arias.

Castrati were most famous for their parts in the opera seria genre, a typically baroque opera style alternating recitative and virtuoso arias, and based on a ‘serious’ topic, as opposed to the opera buffa.

The recurrent character types – two couples, principal and secondary, servants or confidants, a traitor and a sovereign – allowed for simple and conventional plots. These hierarchical parts specified the distribution of arias and salaries, leading to many conflicts between singers.

The canto fiorito (‘florid singing’) type arias were the most appreciated among the public and the singers, as they allow a large exposure of their improvisation and ornamentation technique. Castratos were famous for their messa di voce technique which involves a pianissimo start followed by a monumental crescendo and then going back to pianissimo.

Castrati began their conquest of the stage with women characters, since women singers are not allowed to perform in the papal territories and were still largely considered as women of little virtue. At the same time, their unique and depersonalized voices were believed to give them godly character traits.

This forced cross-dressing, along with frequent growth problems caused by their operation, drew much mockery and caricature.

In the 1630s and 1640s, several texts initiate a transition towards characters ‘unmaned’ by love. La Didone (1640), a Cavalli opera, perfectly illustrates this transition: the manly tenor Aeneas, who resists Dido to accomplish his destiny, is faced by the castrato Iarbas, who abandoned himself to love.

But Sacrati turns this supposed femininity to the castrato’s advantage as soon as 1641. In his opera La Finta Pazza, Achilles spends his early years disguised as a girl to protect himself from Ulysses, and tricks him with his voice while singing for him. Yet, when the hero renounces his women’s clothes to sail to Troy, his most peculiar voice rises over the crowd of soldiers.

Roles quickly became standardized and focused on musical beauty, arias being distributed according to the singers’ talent. In the 18th century, thanks to opera reforms, castrati finally began to perform the roles of battle heroes and perform the majestic arias we still listen to nowadays.

Handel composed some of the most well-known arias of the castrato repertoire, such as the lament song ‘Cara sposa’ sung by the titular role in Rinaldo, or the many arias of Caesar and Tolomeo in Giulio Cesare in Egitto.

The later lives of castrati where often quite disappointing. If they were lucky enough, they could take refuge in some chapel or the house of a mighty patron; others would end their lives in poverty.

The most famous opera signers would usually retire around 50 and dedicate themselves to teaching, while occasionally performing for private concerts. Private savings would allow them to live comfortably in small properties.

Despite their exceptional success, the decline of the castrati began as soon as the second half of the 18th century, under influence of the Lumières. who condemned this cruel and unnatural practice, then with the conquest of Italy by Napoleon who prohibited castration. On the other hand, the economic recovery of the country in the 1730s, the closure of the Neapolitan conservatories and the revocation of the interdiction of women singers quickens their end.

The recordings of the last known castrato, Alessandro Moreschi (1856-1922), singer at the papal chapel, taken in 1902 and 1904, make up the only testimony of what castratos’ voices may have been. Unfortunately, the bad quality of those recordings, the advanced age of the singer, the loss of teaching techniques and the difference of style probably result in a very diminished experience of what would have been the reality.

Nowadays castrato parts are sung by countertenors, mezzos or sopranos, depending on the tessitura and directorial choices. For example, as part of the creating of the movie Farinelli, audio engineers merged the voices of a countertenor and a coloratura soprano, in an attempt to get closer to reality.