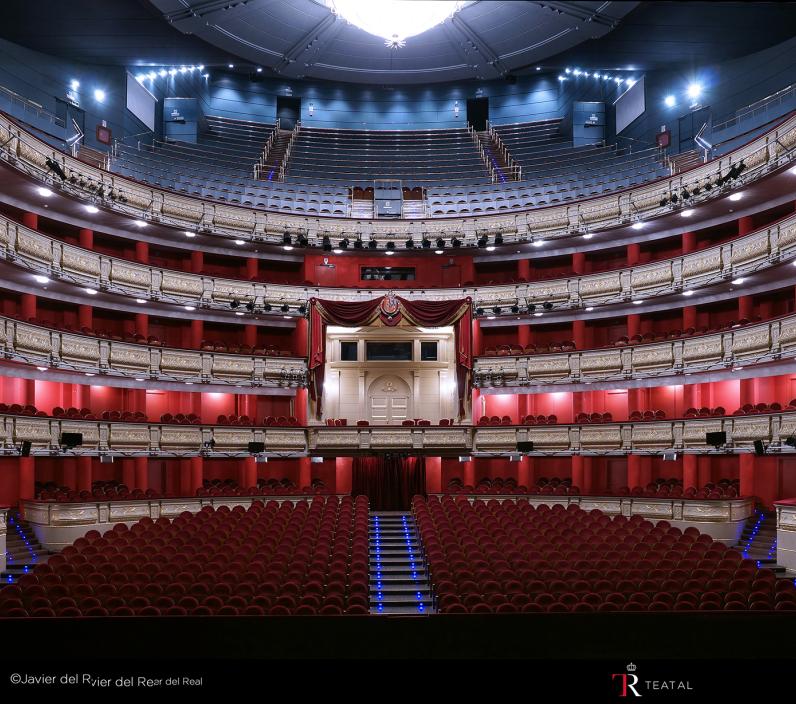 At the moment, the Teatro Real stands as the third cultural institution in Spain, and the first in the field of music and performing arts, with a prominent international standing. The Teatro Real´s artistic project is to present excellence across the broadest possible repertoire, from the classics through to 20th century and the most contemporary of the avant-guard. Committed to widening access and opening up the world of opera to young people, the Real stands proudly as a theatre where all audiences can encounter the best artists of the moment. /Completely rebuilt and equipped with excellent audiovisual and stage technology, the Teatro Real de Madrid reopened in 1997 and sparked a real 'boom' for opera in Spain. In the years since, the theatre has staged more than 90 new productions, 22 of them world premieres, as well as rediscovering Spanish works, and offering Madrid audiences operas from the repertoire not previously produced in Spain.