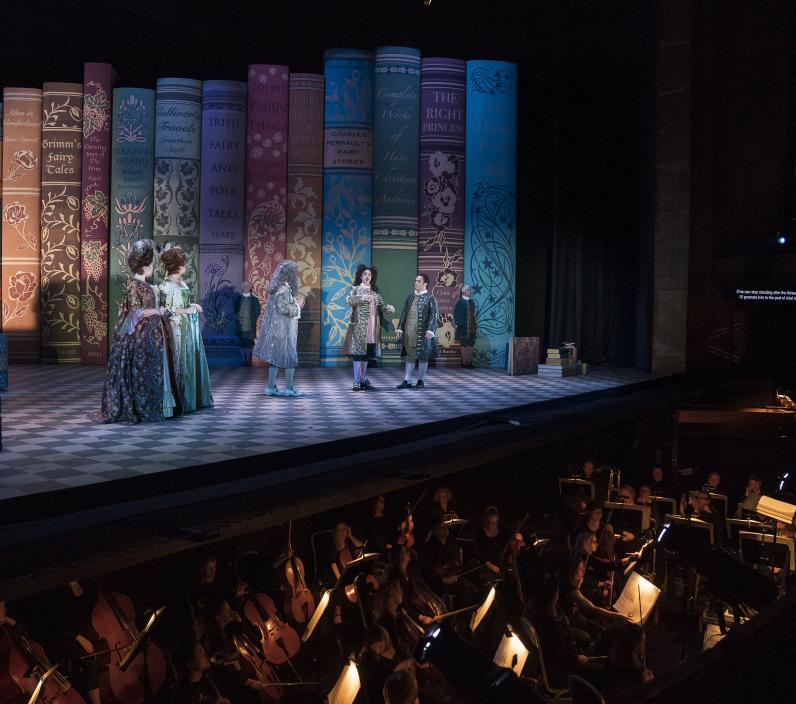 Irish National Opera is Ireland’s newest and most enterprising opera company. It champions Irish creativity in its casting, its choice of creative teams and in its commitment to the presentation of new operas. The company performs large-scale productions of works from the great operatic canon as well as touring smaller productions to venues of all sizes throughout Ireland. To date INO has performed in 29 venues in Ireland as well as presenting work in London and Amsterdam.

In 2020, INO responded creatively to the challenges posed by a global pandemic. The company produced a multitude of online concerts and events, including the critically acclaimed 20 Shots of Opera, 20 new short operas for film, a project that garnered enthusiastic reviews from the international press. INO has produced a number of longer opera films including Peter Maxwell Davies' The Lighthouse and Gerald Barry’s Alice’s Adventures Under Ground, a co-production with the Royal Opera House. Their productions have been broadcast on RTÉ lyric fm and streamed via RTÉ Player and OperaVision.

INO works to promote the future of opera as an art form through their professional development and outreach programmes. The ABL Aviation Opera Studio, provides a platform for emerging opera artists in several disciplines (singers, conductors, composers, directors, répétiteurs) while their outreach programme works to reach and engage new audiences. In 2021 they won the FEDORA Digital Prize with their VR Community Opera Project, Out of the Ordinary, due to premiere in Summer 2022.

Irish National Opera is funded by The Arts Council / An Chomhairle Ealaíon.

Behind the scenes of William Tell

Behind the scenes of Maria Stuarda

Behind the scenes of 20 Shots of Opera