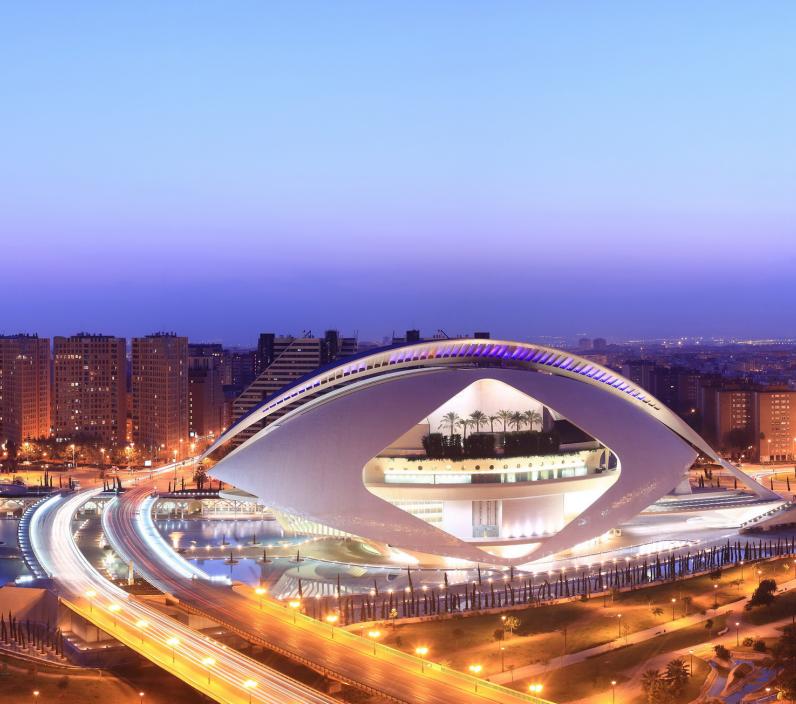 The Palau de les Arts Reina Sofía, in Valencia, is not merely a theatre; it is an architectural creation, a sculpture by the Valencian architect Santiago Calatrava which hosts all kinds of arts. Operatic productions constitute the main artistic offerings of Les Arts, which in its 16 years of existence has presented nearly 150 different titles, co-produced with the most prestigious theatre companies in the world and has invited some of the greatest opera stars: Marcelo Álvarez, Roberto Alagna, Daniela Barcellona, Mariella Devia, Plácido Domingo, Juan Diego Flórez, Elīna Garanča, Jonas Kaufmann, John Osborn, Iréne Theorin and Pretty Yende, among many others.

The Orquestra de la Comunitat Valenciana (OCV), founded by Lorin Maazel, is one of the fundamental pillars for developing the activity of Les Arts. The OCV is constantly improving its technique thanks to the presence of its current music director, James Gaffigan, and guest conductors: Riccardo Chailly, Ottavio Dantone, Andrew Davis, Daniele Gatti, Valery Gergiev, Vladimir Jurowski, Zubin Mehta, Marc Minkowski or Gianandrea Noseda. Another of the essential pillars of this theatre is the Cor de la Generalitat, which exudes professionalism and versatility in any repertoire.

Les Arts is home to the Centre de Perfeccionament, one of the best Opera Studios in the world and unique in Spain. After almost 13 years of existence, the Centre has become a model for young singers and pianists who look forward to joining the professional world of opera. The Young Artists Program has its facilities inside the building itself and their performances take place in the Teatre Martín i Soler, one of the four venues of Les Arts. During two whole seasons, members of the Opera Studio take part in the life and activities of Les Arts. They develop their own programme of opera, recitals and concerts, but they also perform in the opera titles staged in the main hall. Consequently, they are in direct contact with the daily life of the theatre and have the opportunity to work with prominent singers, conductors and stage directors.

In addition, the Centre also performs in cultural venues within the city, such as museums, as well as in public designated areas in towns around the whole Valencian Region. The Artistic mentors of the Opera Studio are normally renowned artists with pedagogic experience, such as Alberto Zedda, Ruggero Raimondi, Raúl Giménez and, currently, María Bayo. Also, masterclasses given by prestigious opera singers (Plácido Domingo, Gregory Kunde, Jaume Aragall, Mariella Devia or Carlos Chausson) provide even further learning opportunities to the students.