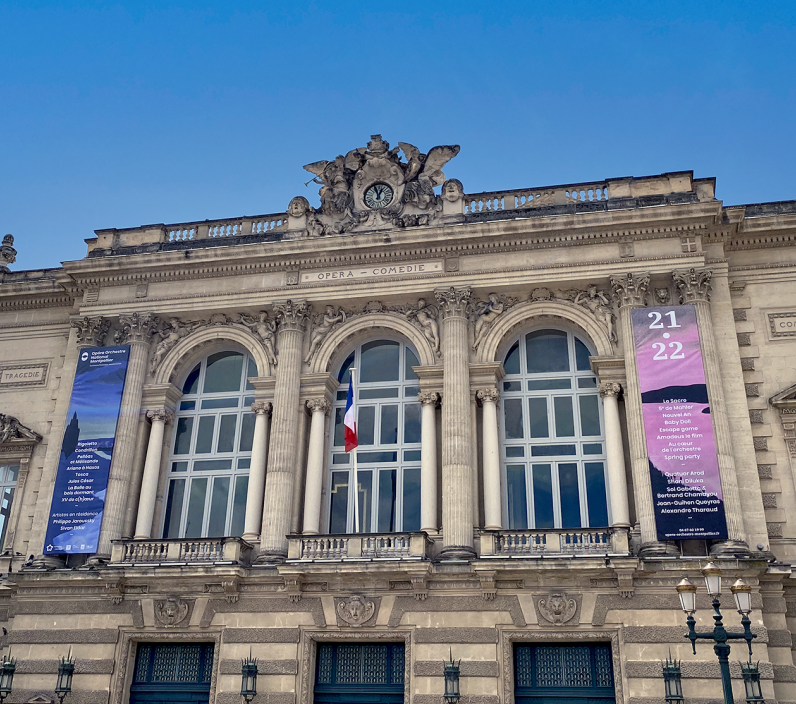 The Opéra Orchestre national Montpellier Occitanie was founded in 2000 from the merger of the two most important musical institutions created on the initiative of George Frêche, then Mayor of Montpellier: the Orchestra (founded in 1979), and the Opera Chorus (1982). This new institution has grown spectacularly over the decades and now numbers 84 musicians and 32 professional singers. In 2013, the artistic strengths of the Opera Orchestra were completed by Opera Junior, a unique vocal training structure for amateur singers aged 6 to 25, founded in 1990 by Vladimir Kojoukharov.

Since the arrival of Valérie Chevalier as general manager (at the end of 2013), the Opéra Orchestre has been writing new pages of its history by diversifying its programming to make it accessible to all audiences, by exploring new live performance formats, by developing its digital offer and pursuing an ambitious policy to develop amateur performance. Each season, the Opéra Orchestre welcomes about 150,000 spectators to its 200 events, either on the stages of Montpellier - two halls in the Opéra Comédie (1,000 and 300 seats) and two halls in the Corum (Opéra Berlioz and Salle Pasteur with 2,000 and 700 seats) - in the Méetropolis, in the Occitanie region, or on the national and international theatres where its artists are regularly invited. Led by principal conductor Michael Schønwandt since 2015, the Opéra Orchestre national Montpellier Occitanie has established itself as one of the major music ensembles in France.

What is a buffoon today?