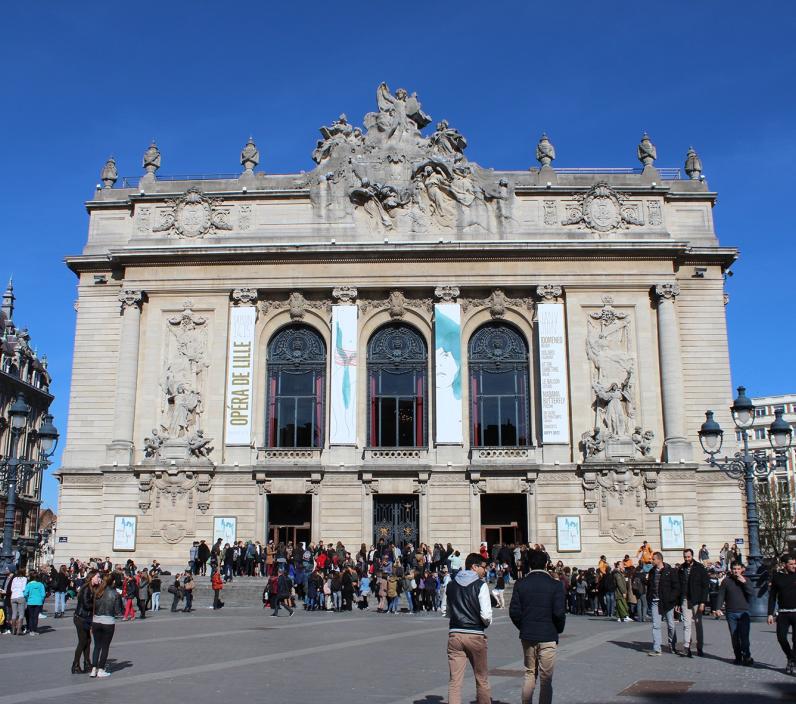 Since its reopening in 2004, following the renovation of the original 1915 building, the Lille Opera has gained a solid reputation as a lyric stage of reference. A public establishment of cultural cooperation (EPCC) supported by the City of Lille, the European Metropolitan Area of Lille, the Hauts-de-France Region and the Ministry of Culture (DRAC Hauts-de-France), it has embraced, under the initiative of its director Caroline Sonrier, a mission of which the primary ambition is to be ever more open: open to all repertoires, open  to the current aesthetics and to emerging artists, open to all audiences, open to all territories of the region and beyond. From season to season, this project brings together a broad public around programming that is both original and exacting, anchoring opera and dance and the messages it conveys in the imagination of a public that is ever more attentive.

A metamorphosis on stage