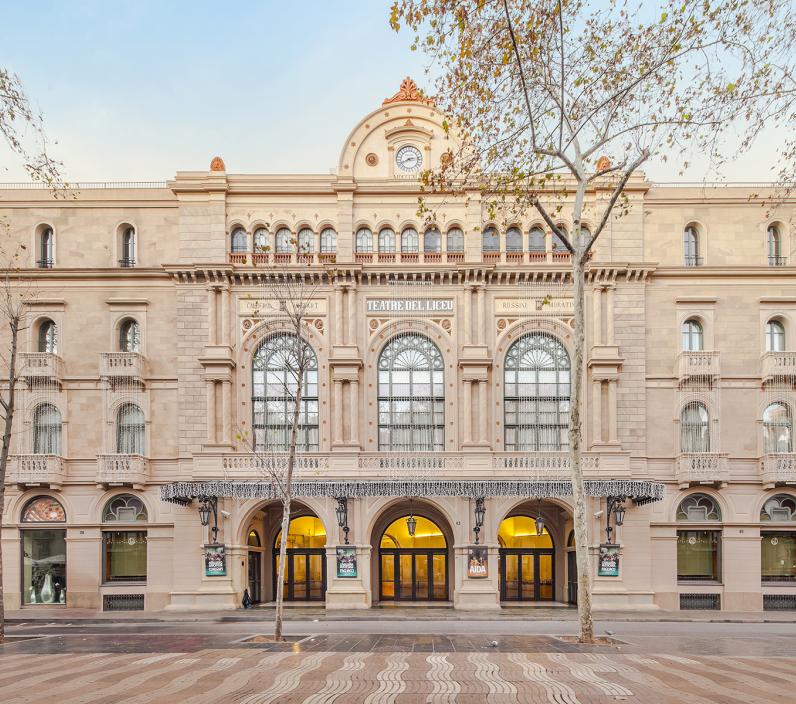 Barcelona's opera house, the Gran Teatre del Liceu, was founded on the Rambla in 1847 and has continued over the years to fulfil its role as a culture and arts centre and one of the symbols of the city. The quality of the opera and dance productions performed there, as well as the classical music concerts, make it one of the most renowned theatres in the world.

The Gran Teatre del Liceu was built on the Rambla by Barcelona's affluent classes on the site of a former convent. It was designed to house the Music Conservatory and with the main purpose of creating a venue where high society could go to see opera, the star cultural attraction of the time. The Liceu soon became a Barcelona landmark, to such an extent that its destruction by the fire in 1994 sent shockwaves through Catalan society. The reconstruction project provided the Liceu building with highly advanced technical facilities and stage equipment, and faithfully restored the original splendour of one of the most well-known opera houses.

The five-tier auditorium seats 2,292, making the Gran Teatre del Liceu on Barcelona's Rambla one of the world's biggest opera houses. The season of opera, dance and music runs from September to July. As a symbol of culture and distinction in the city, the Liceu offers a programme that includes eternal classics such as Verdi, Mozart and Wagner alongside new and original concepts. The Liceu is also becoming increasingly committed to education in Catalonia and has established the Petit Liceu, a programme of music and arts designed to help young children develop their musical and creative sensibilities from a young age. The Gran Teatre del Liceu also has a Social Project that promotes and executes activities that revert in the promotion and empowerment of culture in general and more specifically in opera. Recently, the Gran Teatre del Liceu has launched the Community production line Opera Prima, which will create an opera performed with the residents of the Raval neighbourhood of Barcelona.

Behind the scenes of Rigoletto