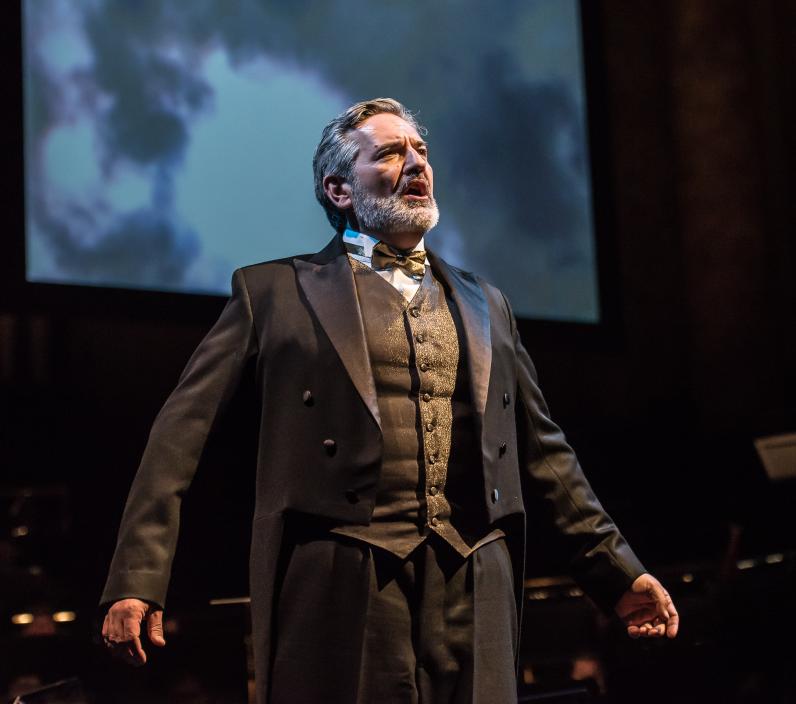 Would you give up love to obtain power? And would you be ready for the world to be destroyed because of your choice?

At the beginning of the world, the daughters of the Rhine guard the pure gold buried in the river. If this gold were made into a ring, its wearer would be able to rule the world, but only if he gave up love. Alberich is a Nibelung, a small being from the lower world. He seeks the love of the daughters of the Rhine but is rejected. He discovers the secret of the ring, seizes the gold, and makes off with it.

Simultaneously Wotan, lord of the upper world, fashioned a spear from the primeval ash-tree.  He carved rules and treaties on the spear, in order to impose order and justice. He has employed giants, the earth’s early inhabitants, to build him a fortress, from which he and his family may rule the world. The giants Fasolt and Fafner expect payment for their labour, and Wotan has rashly promised them his wife Fricka's sister Freia, who embodies love and whose golden apples sustain eternal youth. He relies on the mercurial and fiery Loge to extract him from his bargain. Loge has searched the earth in vain to find one who will forgo love; only the lowly Alberich is an exception. Wotan resolves to confront this potential rival for his power and use the stolen gold to pay off the giants.

Loge leads Wotan from the mountain top down to the bowels of the earth, where Alberich has compelled his fellow Nibelungs to work ceaselessly to mine gold and amass his fortune. His brother Mime, the most skilful smith, has fashioned a ring, with which Alberich commands obedience, and a magic helmet which can render him invisible. Alberich boasts that he will use these devices to conquer the world. Loge persuades him to demonstrate the workings of the helmet to transform himself; first into a dragon; then into a toad, in which form Wotan seizes and binds him.

Wotan and Loge drag the captured Alberich back past the gold mines to the mountain top, where they force him to summon his slaves with all the gold. Finally, Wotan tears the ring from his finger.The devastated Alberich lays a curse on the ring, that it shall destroy whoever possesses it. When the giants return with Freia, they pile up the gold until it covers her, save for the glint of her eye. Wotan reluctantly yields the ring to cover it, after being warned by Erda the earth-mother that it will destroy him. The giants quarrel over the spoils and Fafner kills Fasolt, terrifying proof of Alberich’s curse and Erda’s prophecy. Donner clears the mists and Froh spins a rainbow bridge to transport Wotan and his family to their new stronghold, Valhalla. Far below, the Rhine-daughters lament the loss of their gold.

Das Rheingold (the Rhinegold) was the last one of the 4 operas to be written by Wagner on the opera cycle Der Ring des Nibelungen (The Ring of the Nibelung).

He had begun the composition of the opera Siegfried’s Tod in 1848, but had slowly realised that in order to tell the fall of the hero, he needed to explain Siegfried’s youth: the mystery surrounding his conception, how the Valkyrie Brünnhilde had been punished for saving his parents against the wishes of the god Wotan, and finally how the ring had been created and caused the old world to collapse.

Das Rheingold has a special role in the Ring cycle. It has only one act, and was conceived to be played without intermission; this makes of it the most ‘compact’ of the four Ring operas at about 2 hours and 30 minutes. But most importantly, Das Rheingold is the most innovative opera in musical terms.

The first innovation is the role and use of the leitmotifs. While in the rest of the Ring musical motives represent people or actions, in the Rheingold they are fundamentally expressing the two opposing ideas of love and power, the two lines along which the entire cycle will develop.

The second innovation lies in orchestration. The orchestra has more instruments, in particular in the brass section: Wagner tuba, bass trumpet and contrabass trombone, has therefore more vocal power and is able to produce denser musical textures.

The final, and by far most important, musical innovation regards how the music was composed. With Das Rheingold there is a tremendous shift from Classical music writing to free-forming, quick-changing harmonic structures forming a sort of ‘endless melody.’ This is immediately apparent in the prelude, in which Wagner gives the audience a taste of the creation of the universe.  Wagner uses a ʽdrone’, that is, a musical technique where a note or chord is continuously sounded throughout a long amount of time. The music starts with one sustained note (E flat), played at the lowest end of the spectrum by the double basses, soon to be joined by almost imperceptible bassoons. For over four minutes, this is the central note that will be played. Slowly at first, other instruments start to emerge from the depths of the river, in undulating or rising musical figures: we are introduced to the themes of nature and of the Rhine. 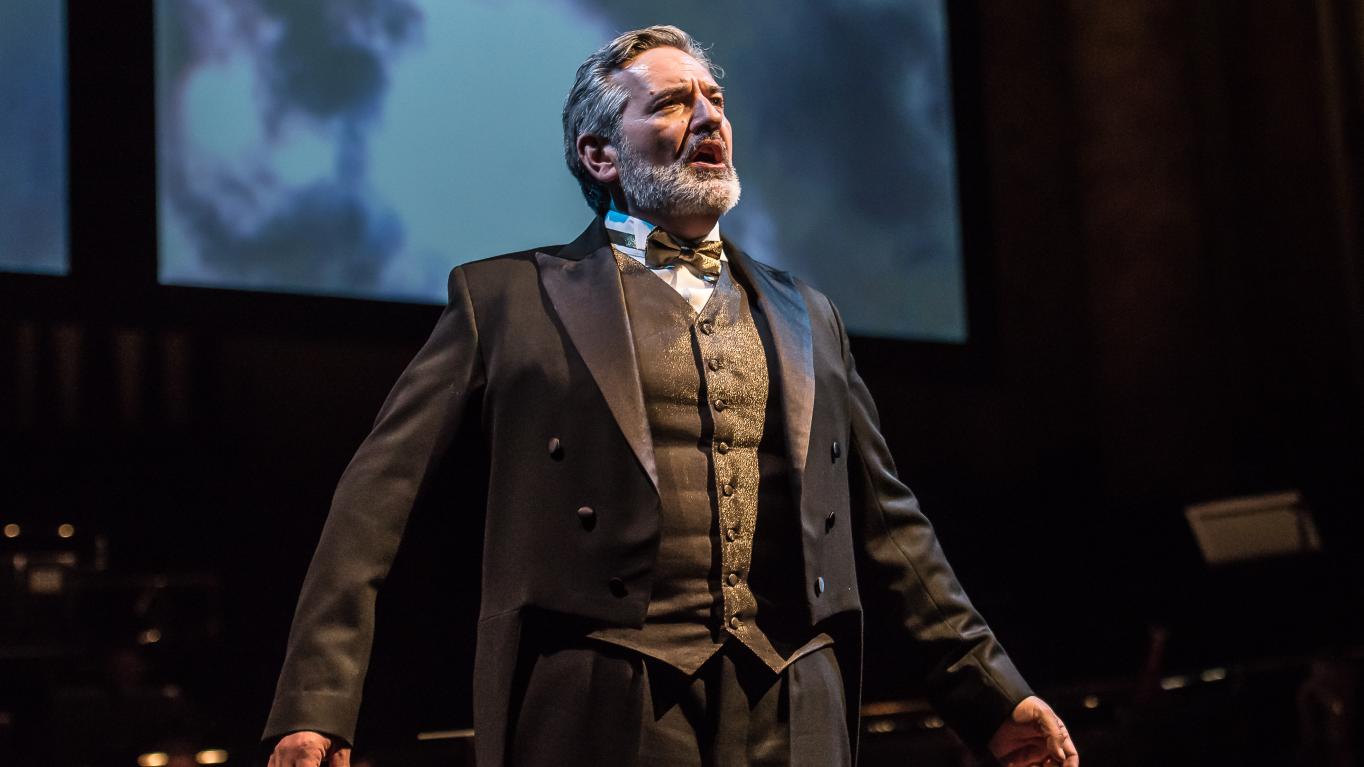 These themes will pervade the entire four-opera cycle.  The pace of the music increases, it becomes louder and louder: we feel the river flowing, in all its glory, the waves designed by means of arpeggios.  Four minutes of music have elapsed, and the tonality hasn’t shifted yet: only the entrance of the Rhine maidens will bring the musical – and narrative –  focus elsewhere.