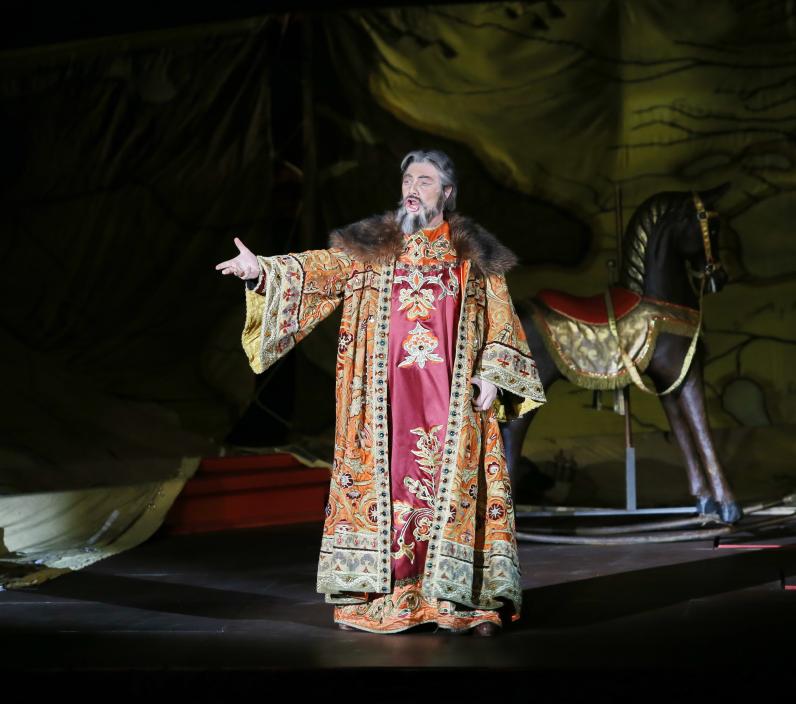 The two most influential operas of the 19th century are Wagner’s Tristan und Isolde and Mussorgsky’s Boris Godunov.

Wagner’s ‘musical action’, where everything is concentrated on the inner drama of the soul, has been the dominant force in subsequent musical thought, with both good and bad effects. He derived his theatre from the ancient Greeks, reworking the dramatic ideals of 5th century BC by means of Northern myths.

Mussorgsky’s source is Russian history, seen through Pushkin’s historical drama, which in turn derives its form from the historical plays of Shakespeare. Their method is ‘epic theatre’, in which many short and often disconnected scenes build up a diverse picture of both the pattern and the contradictions of historical events. Despite Wagner’s overwhelming clout as an innovative musician, it may be argued that the ‘amateur’ Mussorgsky had an even more widespread influence on 20th-century opera. Debussy was an admirer: ‘Mussorgsky is great in his independence, sincerity and charm. He is some god of music…The Russians will give us new impulses for relief from the ridiculous stiffness. They will help us better to know ourselves’. 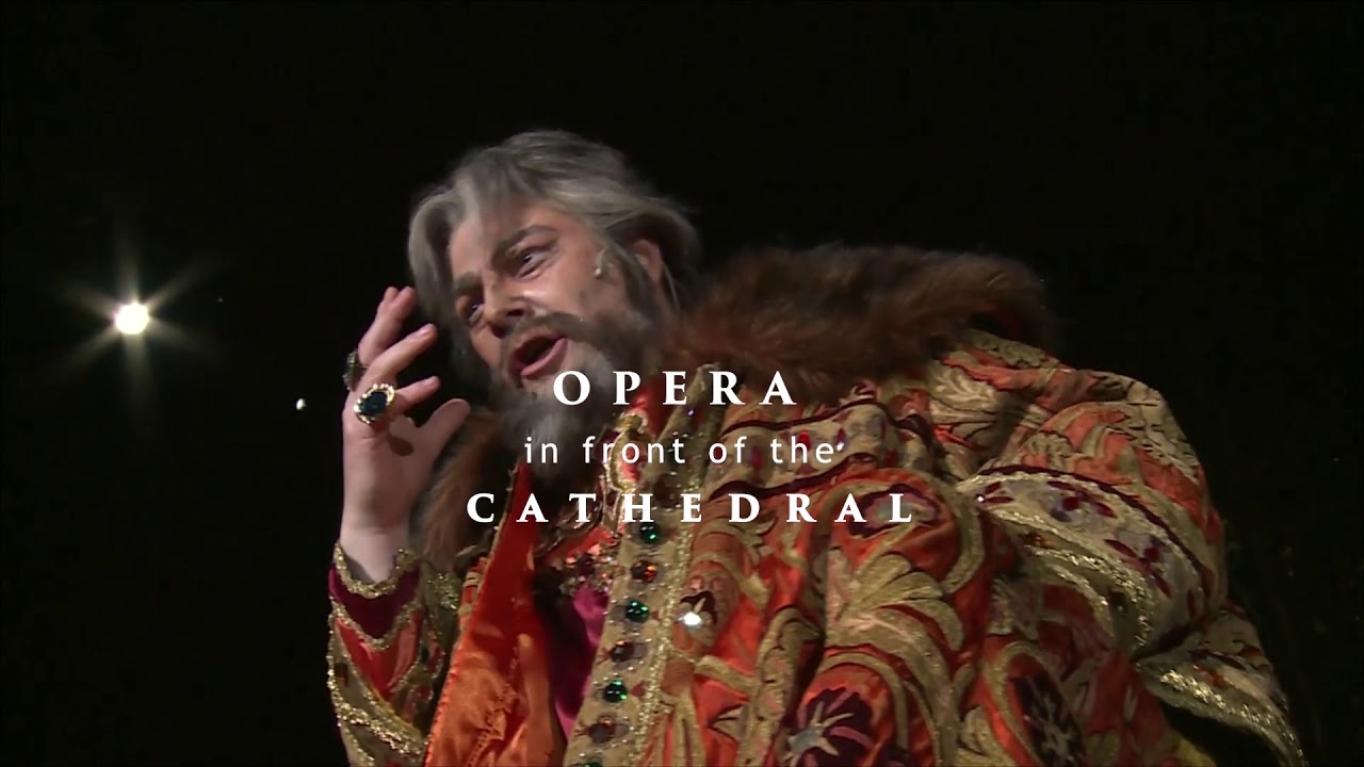 The true vocation of the artist

‘Life wherever it manifests itself; truth, however bitter; bold, sincere speech – these are my leaven’ wrote Mussorgsky in 1875. Three years earlier, he had rejected ‘presentation of only physical beauty, in its material sense’ as ‘crude childishness, art in its infancy. Drilling into the tiniest traits of human nature and human masses, conquering them, that is the true vocation of the artist’.

The later and fuller (1872) version of Boris Godunov, with its addition of the Polish scenes, and especially the substitution of the final revolutionary scene in Kromy Forest for the much terser St Basil scene, strives towards that diversity.

The earlier 7-scene format of 1868/69, adopted in Sofia Opera’s production, serves to concentrate the action, and encompasses material from ten of Pushkin’s 25 scenes. Many, though by no means all of the subsidiary characters are skilfully omitted or, in the case of the Pretender, foreshortened. The process damages the picture of Russian history, but strengthens the relationship between the two main characters, Tsar Boris and the Russian people.

Modest Mussorgsky
Drilling into the tiniest traits of human nature and human masses, conquering them, that is the true vocation of the artist.

The Tsar and his people

The people become the supporting pillars of the drama, with Boris’s personal predicament at its core. The chorus plays its role in the first two and last two of the seven scenes, but no part in the three central scenes. The bond between sovereign and subject is crucially treated in three scenes spread across the opera. In scene 2, the Coronation, Boris prays that he will be a good ruler and dedicates himself to the people. In scene 5, six years later, Boris surveys his troubled reign, its good intentions and its natural disasters, in the central soliloquy of the opera. Scene 6, set outside St Basil’s Cathedral, contains the devastating encounter between the haunted Tsar and the meanest of his subjects, the holy fool. Boris’s soul is now bare, as he asks the idiot to pray for him.

The idiot refuses to pray for ‘Tsar Herod’, the infanticide. He who has nothing dares to speak the truth, or is too innocent to lie about the event which haunts Boris and has cast a pall over his reign. As in Shakespeare, the natural disasters – the famines, the fires that destroy homes, the unexplained deaths in the family – are a metaphor for the stricken land, destroyed by its contaminated ruler.

Haunting images of a murdered child

The image of the murdered child Dmitri haunts the opera, as it haunts Boris. At the moment of his greatest glory, at his Coronation, Boris’s soul is heavy with foreboding: his soliloquy is in the starkest contrast to the rejoicing which precedes and follows it. In the Chudov monastery, Pimen’s meticulous chronicle dwells obsessively on the events of thirteen years before at Uglich, a story which fires the dreams of the young monk Grigory. In scene 5, in the Tsar’s apartments in the Kremlin, Shuisky too vividly retraces the terrible deed that cannot be undone, leading to Boris’s hallucination of the murdered child. The idiot, in scene 6, says it even more bluntly. In scene 7, it is Pimen’s narrative of the blind shepherd whose sight was restored by a vision of the Tsarevich Dmitri at Uglich, which provokes Boris’s final collapse. And at the very end of the opera, when Boris is at rest at last, we have the image of his own son Fyodor fearfully awaiting his own fate. This image reflects Pushkin’s short but incomparably bleak final scene of the abandoned Godunov children.

This open-air production in front of Sofia’s St Alexander Nevsky Cathedral made its own history by celebrating its consecration and great Bulgarian artists.