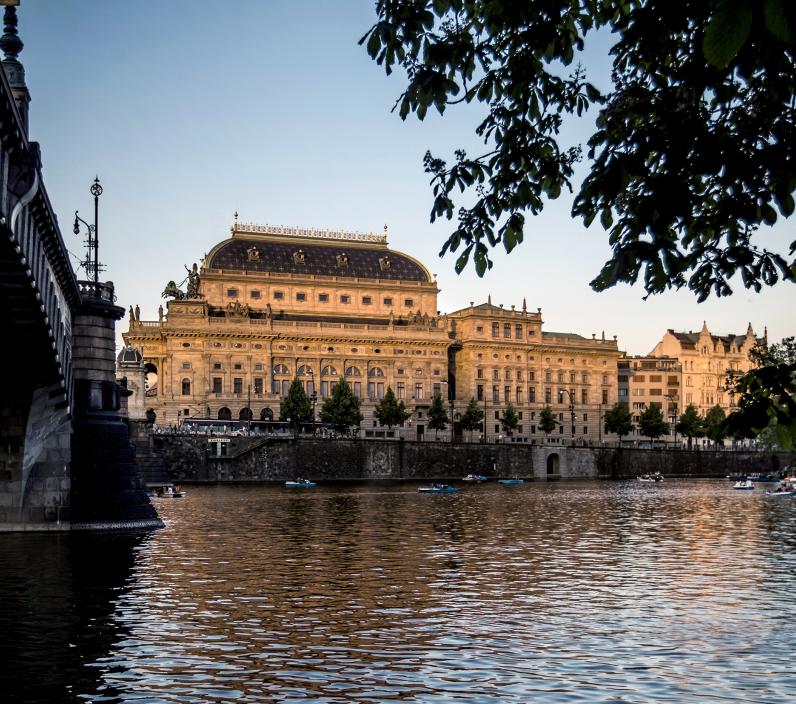 Nicholas Payne, Director of Opera Europa, looks at the role that opera has played in creating national identities.

Opera has become a symbol of the international in today’s global marketplace. The universal language of music ensures that it crosses borders and speaks to those who may not understand the text.

It was not always so. The rise of nationalism during the 19th century was reflected by the creation of indigenous national styles. Composers chose patriotic themes. The building of a national opera house marked the coming of age of a nascent country.

France was the first to equate the splendour of its opera with the power of the state, when Louis XIV inaugurated the National Academy of Music, the forerunner of the Paris Opera, in 1668. Garnier’s magnificent theatre displays that inscription on its façade today. The other superpowers in operatic terms, Germany and Italy, were by no means unified as nations, indeed only became so during the second half of the 19th century in a movement that engulfed Europe. 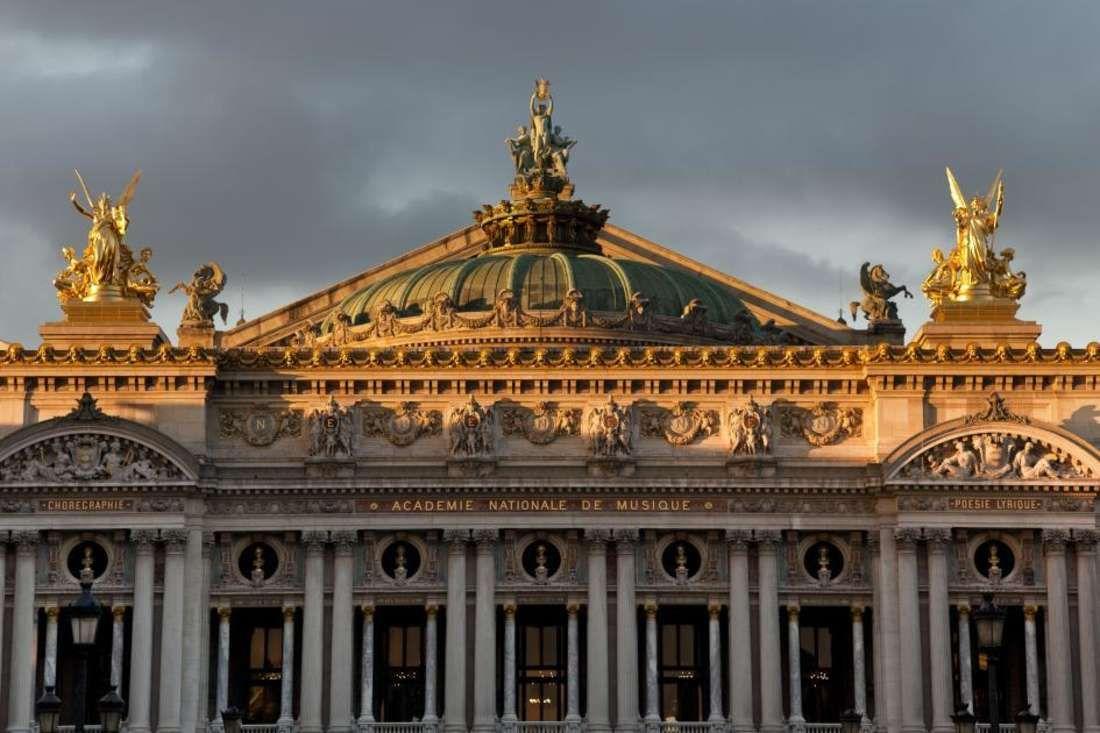 OperaVision’s programme for the European Year of Cultural Heritage highlights some outstanding examples from countries with traditions less familiar outside their own boundaries than those of the superpowers.

Each of these operas is full of infectiously tuneful music, but each taps into the soul of its nation. That gives them a special place in the hearts of their compatriots, but also opens a window of discovery for the rest of us.

The history of these operas is bound up with the creation of a tradition and with buildings that belong to the nation. These theatres were built to be homes to a native ensemble of artists and craftsmen, and their purpose was to encourage national composers and authors. In many cases, they were a reaction against the domination of the Austro-Hungarian Empire, and an expression of resistance and freedom.

Two of the most beautiful mottos engraved above the prosceniums of opera houses are at the Royal Danish Theatre and at National Theatre Prague. In Copenhagen, it reads: ‘Ei blot til lyst’ which translates as ‘Not only for pleasure’, reflecting the power of theatre to educate and improve as well as entertain. In Prague, it is ‘Národ Sobĕ’ which means ‘The nation to itself’. 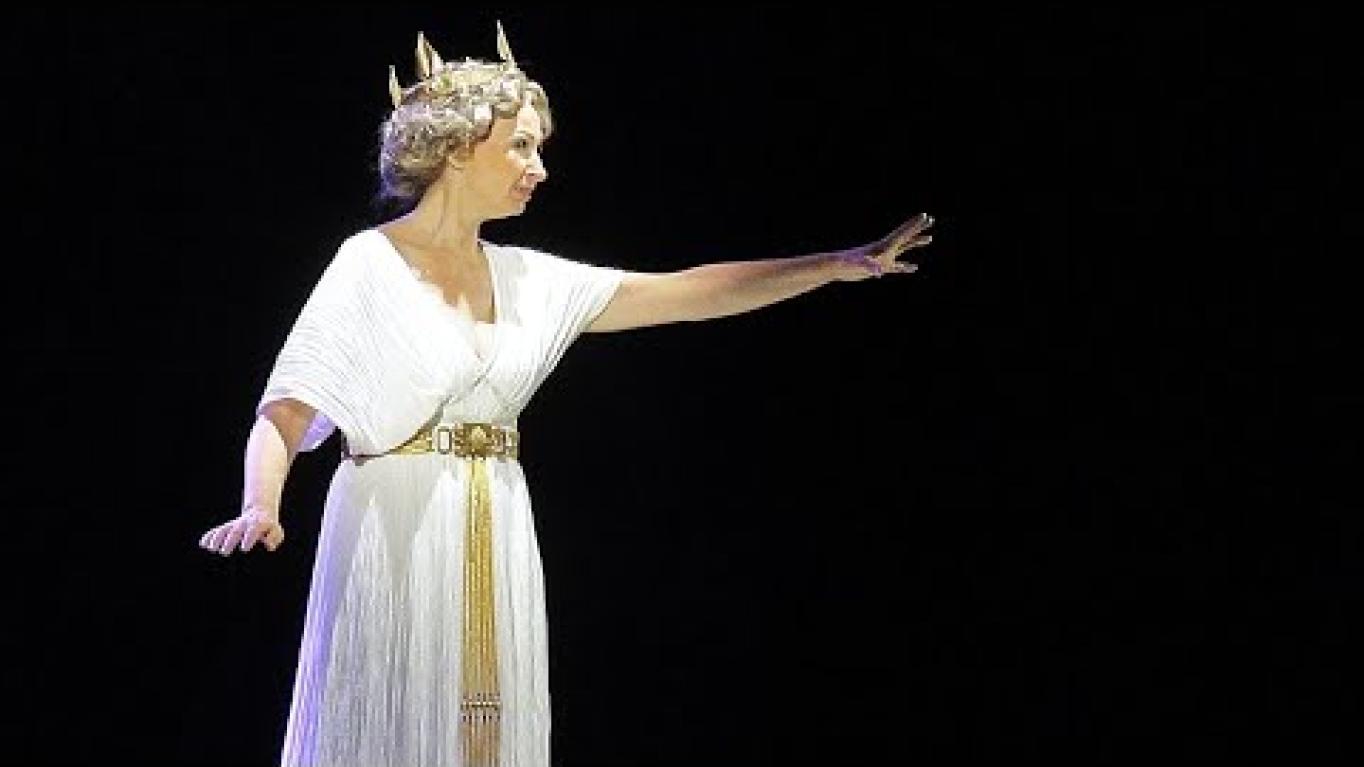 Prague’s first national theatre burnt down within a year of its opening in 1881. It was immediately decided to rebuild and to collect contributions from a public subscription, hence the sense of ownership by Czech people that is still palpable today. Smetana was central to this popular nationalist movement.

His Libuše had opened the new theatre, and is a proud pageant of Czech history, conscious of internal divisions and external threats, but culminating in the title character’s ‘prophecy’ of the future of the independent nation.

The composer blends the public and political with the personal story of Krasava, torn between love and jealousy and two warring brothers. The ‘hero’ Přemysl forsakes his cherished countryside to assume political leadership and to heal strife. His evocative farewell to his farming background is the more affecting, because it reflects what many Czechs feel for their rural hinterland.

If Přemysl is fundamentally peaceful, Bánk ban is at heart a warrior ready to forgo the ties of love to fight for his political convictions. The Hungarians founded their national theatre in 1838 – before the Czechs – though their struggle for an independent identity met with comparable setbacks during the middle of the century, especially during the revolutions of 1848-49. Erkel sometimes sounds like a less sophisticated precursor of Smetana, and his first highly successful opera, Hunyadi László, was premiered as early as 1844. The next year, he composed the piece that was to become the Hungarian national anthem, Himnusz.

Although Bánk ban was based on a well-known Hungarian drama and conceived soon after the 1848-49 revolutions when the play was banned, the opera was not composed for another decade and was first performed in 1861. Today the story may appear preposterous, but in a committed performance the emotions and musical setting are so fervent that they are hard to resist. 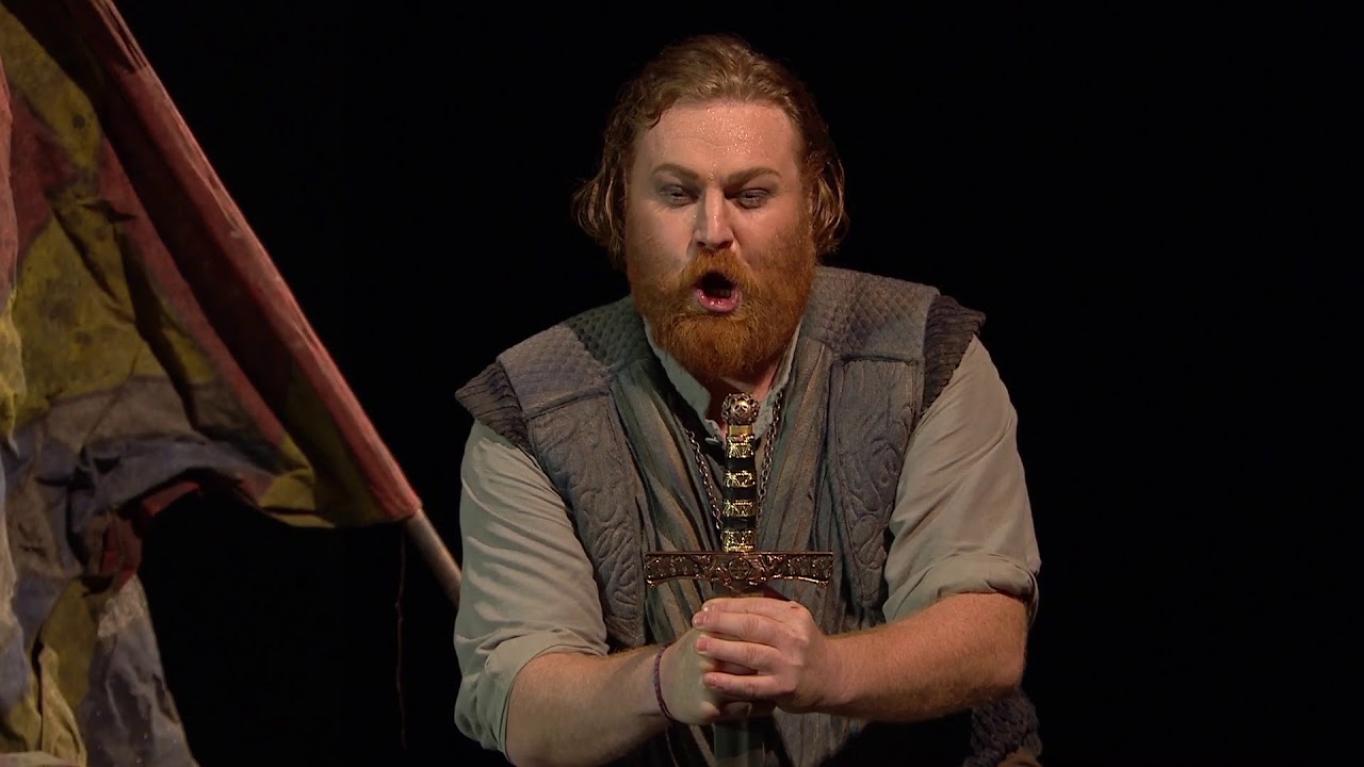 If you visit Budapest or Prague, it is well worth seeking out Erkel, in the theatre named after him, or Smetana, in the theatre that he inaugurated, for the most authentic encounter with their respective nations. Meanwhile, sample their essential national works through OperaVision.

Croatia remained under the Austrian yoke for longer than its more northerly neighbours, a state exemplified by the fact that its handsome opera house in Zagreb, opened in 1895, was designed by the ubiquitous Viennese partnership of Fellner and Helmer, architects of over 200 buildings across the empire.

The strong national identity which emerged from the collapse of that empire after the Great War of 1914-18 gave birth to a national musical style, best personified by the work of Gotovac, whose most popular opera is the comedy Ero the Joker. Its mixture of late romanticism with folk influences has taken it beyond Croatia to more than 80 theatres in Europe and beyond, including the Edinburgh International Festival in the late 1950s. 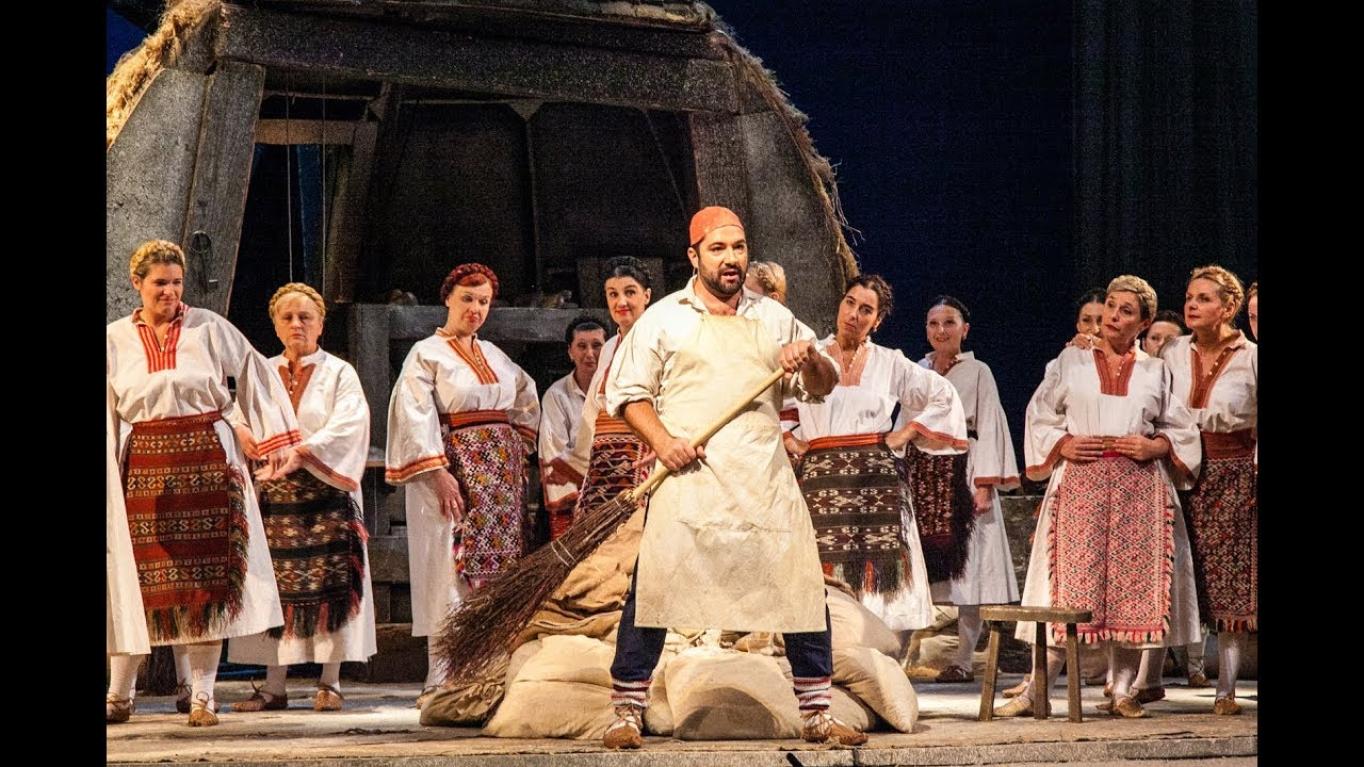 The first Polish National Opera building in Warsaw was opened in 1833 and therefore predates those in Prague, Budapest and Zagreb, but it was destroyed by bombs in 1939. The current Grand Theatre, with its exceptionally spacious stage and auditorium, dates from 1965. Its current management is assiduous in promoting Polish operatic heritage, and in recent years has uncovered treasures such as Wladyslaw Żeleński’s Goplana from 1896 and Jan Stefani’s Cracovians and Highlanders from 1794.

Polish National Opera’s latest revelation is Manru, which was written by the composer, pianist and diplomat Ignacy Jan Paderewski and first performed in 1901. The next year it reached the Metropolitan Opera in New York, where it remains the only Polish Opera to have been staged. Experienced Polish director Marek Weiss recreates this haunting love story against a class-riven society in a new production that comes to OperaVision on 18 January 2019.

Nationalism remains a powerful force in the 21st century. In its benign form it is aspirational, as recognised in the manifesto for the creation of Covent Garden Opera after World War Two: a national opera ‘will be a great incentive to artists and composers, since it will offer to them an opportunity for experience in performing and writing of operas on a scale that is equal to that which has prevailed for so long on the Continent’. 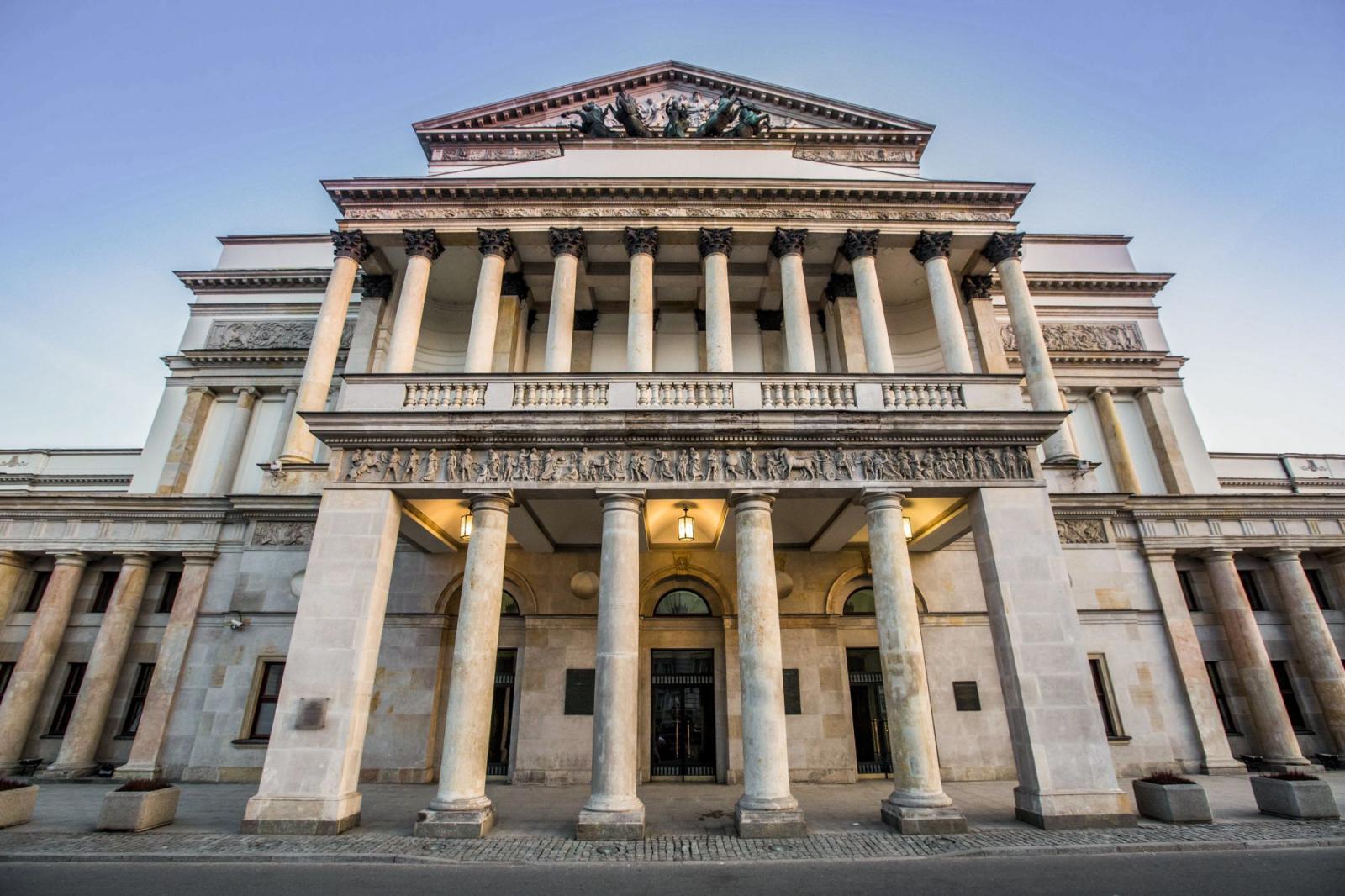