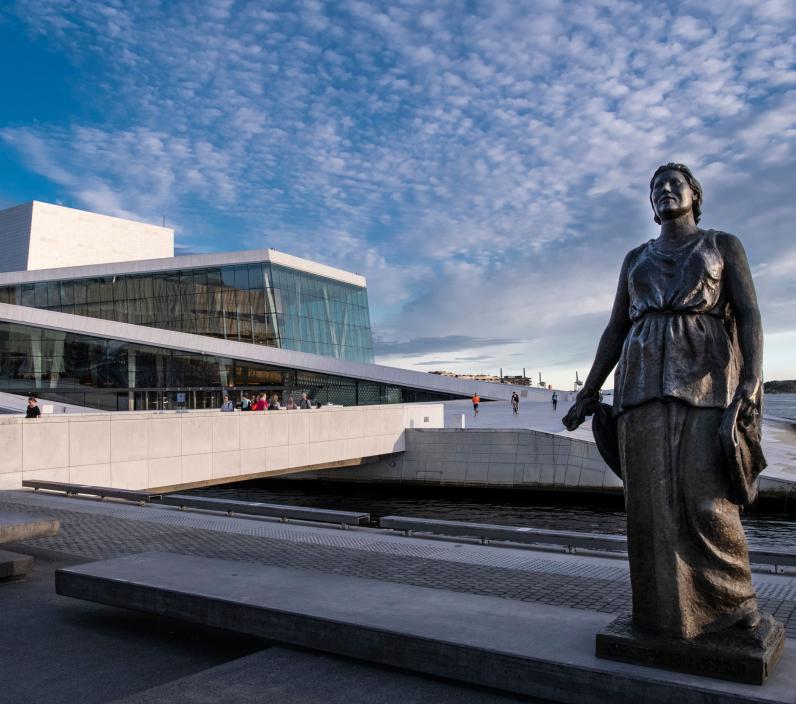 The Norwegian soprano, Kirsten Flagstad born in 1895, is an icon in her home country. Her statue graces the front of the opera house in Oslo - the almost as iconic building pictured above. On the 125th anniversary of her birth, the Norwegian National Opera celebrates Flagstad’s life with a repertoire spanning different styles and times, as varied as her own life and career.

Flagstad is the voice which put Norway on the opera map for the first time. The voice credited with saving the Metropolitan Opera from bankruptcy in the 1930s. The one that could attract an audience of 200,000 to a park in Chicago. The only Norwegian on the Hollywood Walk of Fame, next to Sonja Henie. Presented by Randi Stene, Opera Director of the Norwegian National Opera and conducted by Kirill Karabits, this concert gathers Norway’s leading soloists in celebration of one mesmerising voice.

Kirsten Flagstad, the Voice of the Century

'I have given the world two great gifts: Caruso and Flagstad!' the Metropolitan's eminent director Julio Gatti-Casazza once said. At the height of her fame, the Norwegian singer was indeed famous all over the world. Many opera critics consider her one of the greatest dramatic sopranos of the 20th century. But who was Kirsten Flagstad and how come we continue to celebrate her 125 years after her birth?

Born into a musical family on 12 July 1895 in the small Norwegian town of Hamar, Flagstad naturally started singing and playing the piano as a child. On her 10th birthday, her parents gifted her the score of Wagner's romantic opera Lohengrin. On her 16th birthday, she performed Elsa’s dream from the opera. A singing teacher present at the occasion allegedly covered her ears shouting ‘You mustn’t let Kirsten sing like this. It’ll ruin what little voice she has for good.' Kirsten started taking singing lessons with this teacher, which she later said was to mark the start of her career.

She made her operatic debut in 1913 when she played her first role as Nuri in d'Albert's opera Tiefland. 'This role gave me the courage to go to the opera,' Flagstad said. (The role will be performed during the Jubilee Concert by Renate Ekerhovd.) Soon afterwards, she was employed by the newly-founded Opéra Comique in Oslo, singing mainly operetta roles. Later in life, Flagstad affirmed that she never had any ambitions to become a renowned opera singer and that she owed her success to accidental circumstances. Indeed, when Kirsten's only child was born in 1920, she decided to leave the stage forever. 'If anyone had said at the time that I would sing in public again, I would have laughed!’

Flagstad kept her word for six months before having to return to the stage to make ends meet. To her great surprise, she realized that the birth of her daughter had increased the volume of her voice. For many years she remained stuck in light soprano roles that required her to 'renounce her pride'. In June 1929, she was finally offered to sing the role of Elsa in Lohengrin at the National Theatre in Oslo. If you already thought that the opera runs like a red thread through Flagstad's career, wait till you hear how her second husband Henry Johansen noticed her sitting in the audience. From then on, their lives should be tied closely together, in good times and in bad. 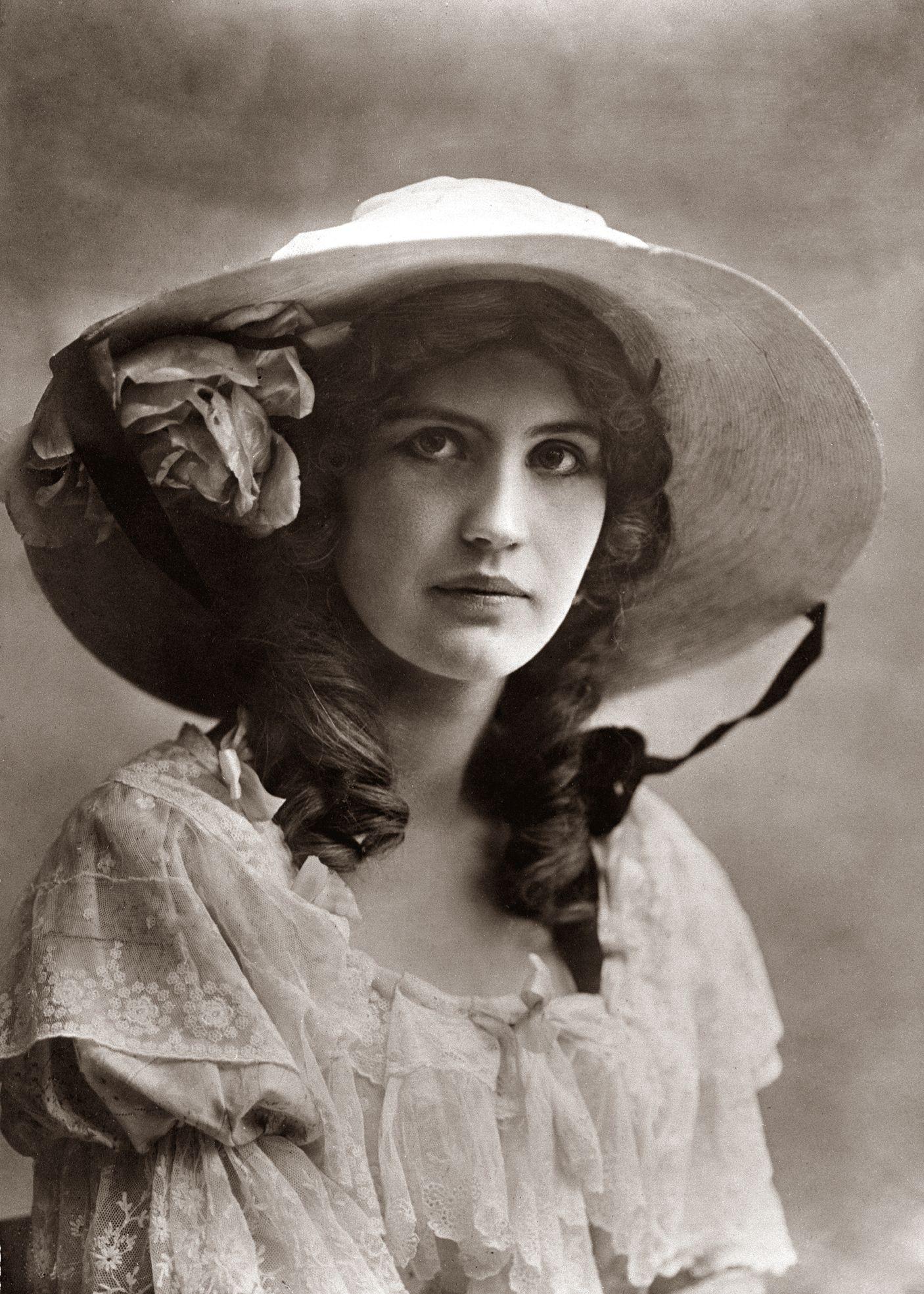 A star is born

In 1932, Flagstad made her début at the Bayreuth Festival to raving reviews. Two years later she was offered a contract at the Metropolitan Opera. Totally unknown in the United States, Flagstad became a star overnight when she first sang the role of Sieglinde on 2 February 1935. The performance was broadcast on the radio to ten million listeners. The Metropolitan Opera was a dire financial situation, but after this performance 80 000 tickets were sold in a short time so that she was credited for saving the Met from bankruptcy.

Success followed success. Flagstad attracted audiences of 20 000 in New York and an astounding 250 000 in Chicago, toured extensively in the US, Europe, Australia and South America and made countless recordings.

But the tide turned for Flagstad when in 1941 she made the controversial decision to leave the US and return to Nazi-occupied Norway to be with her husband. Although she was not personally interested in politics and did not perform in either Norway or Germany throughout the war, Flagstad reputation was deeply tarnished by her decision. Her husband was a longstanding member of the Nasjonal Samling, which upon the occupation of Norway became the Nazi party. While he conducted business with the Germans, selling them lumber, he retracted his party membership after his wife return to Norway. Arrested after the war, he died before the trial.

Flagstad herself was never charged for any offence. Yet, when she finally returned to the US after the war she was subjected to a genuine witch hunt. The demonstrations at the Metropolitan Opera upon in January 1951 where particularly humiliating to Flagstad. Two of the opera’s stars had left in protest of her invitation and demonstrators gathered both inside and outside the auditorium. However, Flagstad did not budge and managed to win them over. There were nineteen curtain calls after the concert and critics wrote that she had once again confirmed that she was the world’s greatest Wagner singer.

To her own mind, her reputation was only fully cleared when in February 1959 King Olav V attended the inauguration of the Norwegian National Opera. She held the position of the first director of the institution until her death. It is only fitting that it now celebrates her life, 125 years after her birth.