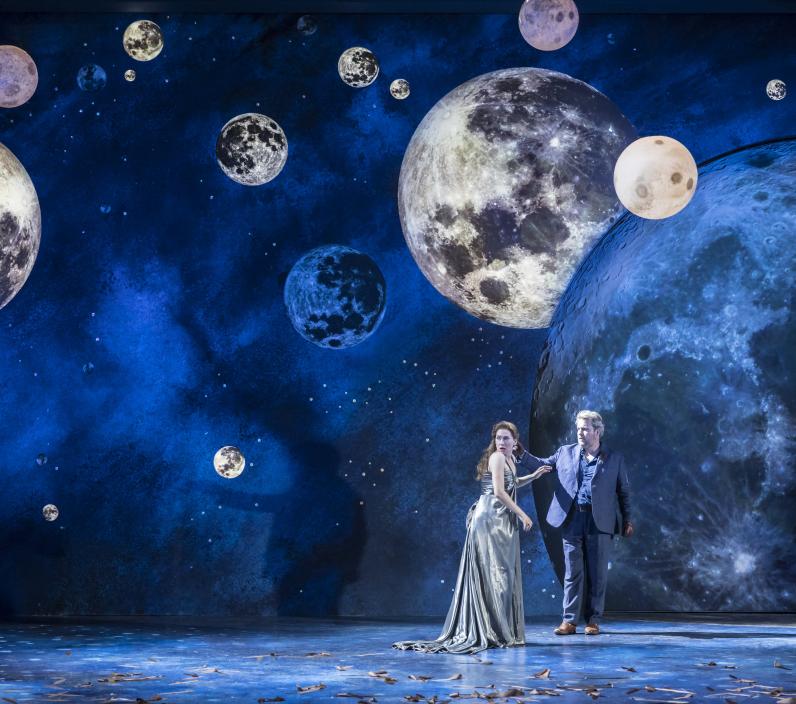 Scandal. No civilization is immune, not even the Roman gods and goddesses. And what better composer to portray scandal than Handel, the master of Baroque opera?

Act 1. Cadmus prepares for the marriage of his daughter Semele to Athamas but she has been inventing any possible obstacle to the arrangement, as she is in love with the god Jupiter. Semele’s sister, Ino, reveals her secret love for Athamas. Cadmus hears that Semele has been mysteriously whisked away to unknown realms. Semele revels in her new-found pleasures.

Act 2. Juno, goddess of marriage and children, is furious at her husband Jupiter’s infidelity and discovers from her helper, Iris, that Jupiter has built a pleasure palace for Semele. Juno swears vengeance on Semele, and decides to enlist the help of Somnus, god of sleep.

Semele longs for Jupiter’s return. He arrives and reassures her of his love, but realises that she has dangerous ambitions of immortality. In order to distract her he uses his godly powers to pacify her, and summons Ino to keep her company.

Act 3. Juno and Iris manage to rouse Somnus from his slumber. Juno orders Somnus to give Jupiter a dream that will consume him with such a passion for Semele that he will do whatever she asks.

Disguised as Ino, Juno gives Semele a mirror that makes her think she is the most beautiful creatures in existence. She convinces Semele that she must refuse to return Jupiter’s love until he agrees to give her whatever she wants. She should insist that he comes to her bed not as a mortal but in his full godly glory. Semele agrees.

Jupiter is so desperate for Semele that he agrees to her conditions but is horrified by her demands as he knows that giving in to them will result in her death.

Juno exults in her victory. Semele realises the folly of what she has done – too late.

Ino is horrified by Semele’s fate. Apollo appears to announce that Semele has left a legacy for the world: Bacchus, god of wine.

Conductors and directors tend to lead peripatetic lives so it can be hard to pin them down. In this instance, the conductor – Jonathan Cohen – was briefly in London in between performance dates with his ensemble Arcangelo, and the director – Annilese Miskimmon – was in Copenhagen, packing up to leave for her new job as head of Norwegian Opera in Oslo. With the help of Skype and the loan of a room at the Royal Academy of Music, we managed a three-way conversation and plunged straight into a discussion about Greek myths and the fact that the myth of Semele is not as familiar with audiences today as it would have been in 1744, when Handel’s work was first performed.

‘It is true’, says Miskimmon, ‘that people would have known the story very well and have been intrigued by its reimagining. The plot revolves around the interplay between gods and humans so there’s a fascinating overlap between the nature of a god and the nature of a human and the challenge is to present those things on stage. I love the fact that we’re performing in a venue that doesn’t have a lot of opportunities for stage trickery so we have to find ways around that, with a bit of good old-fashioned theatrical magic. Semele is a human with aspects of the divine about her and the gods are able to wander about and do what they like, only revealing their true nature when they choose, and on occasion they are just as foolish and vulnerable as humans. Handel is wonderfully clever at creating musical language that expresses these things and makes subtle differences.’

For Cohen, ‘I think Handel understands that the gods are metaphors somehow; they represent what we don’t understand. In Semele there’s Somnus, the god of sleep, and that idea gives Handel just the most fantastic opportunity to indulge his creative imagination, and he gives the bassoons this wonderfully lethargic, sleepy music. And although they would have known the story of Semele, audiences were a bit perplexed by this piece. When it was written, Handel was presenting oratorios in London and this was performed in Lent. It wasn’t immediately popular because people weren’t sure what it was. Was it an opera? Was it an oratorio? 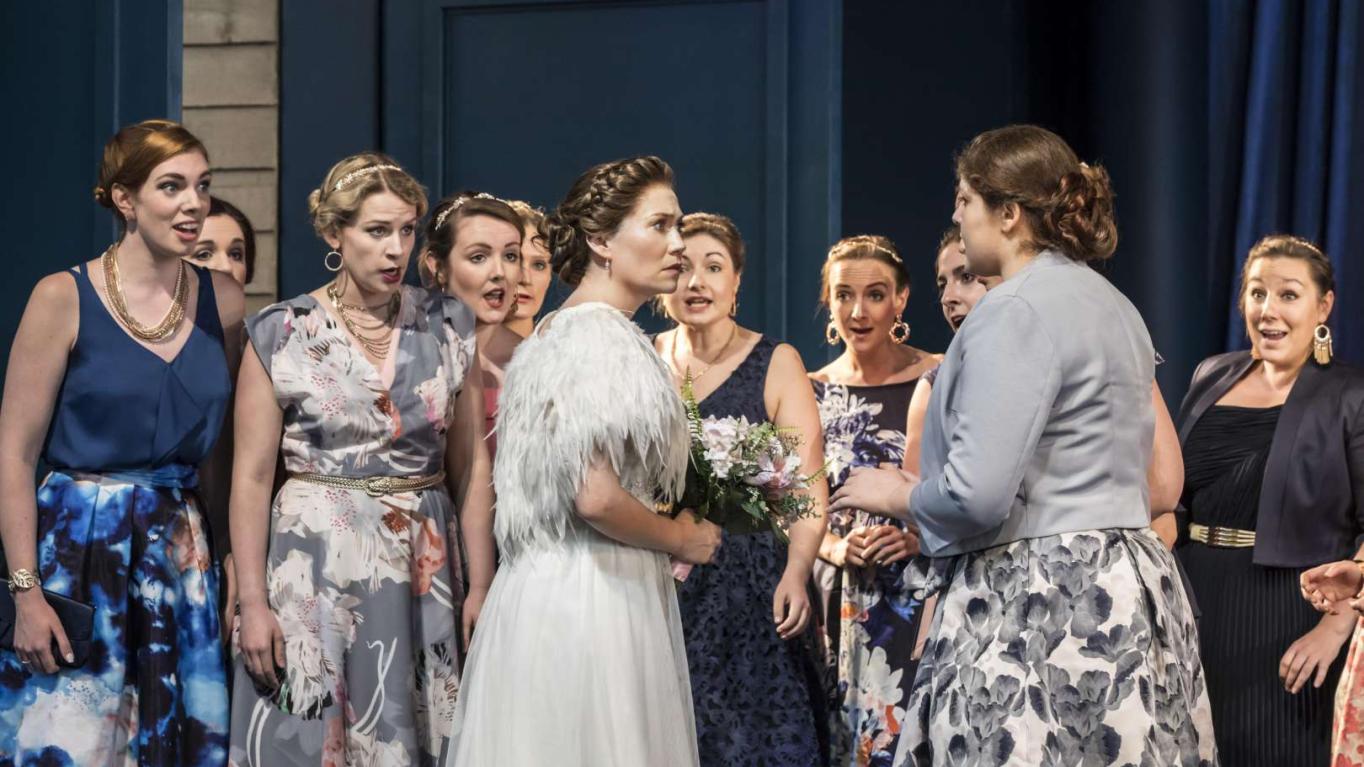 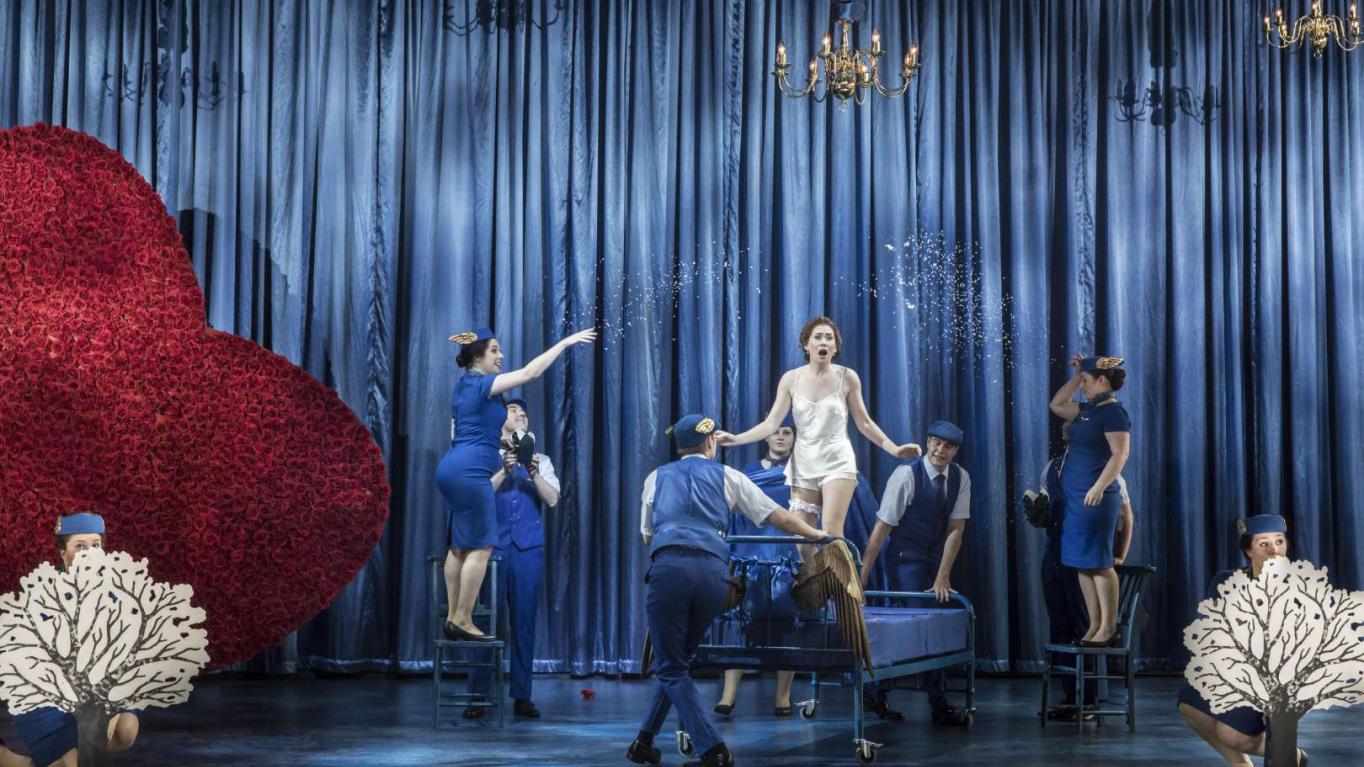 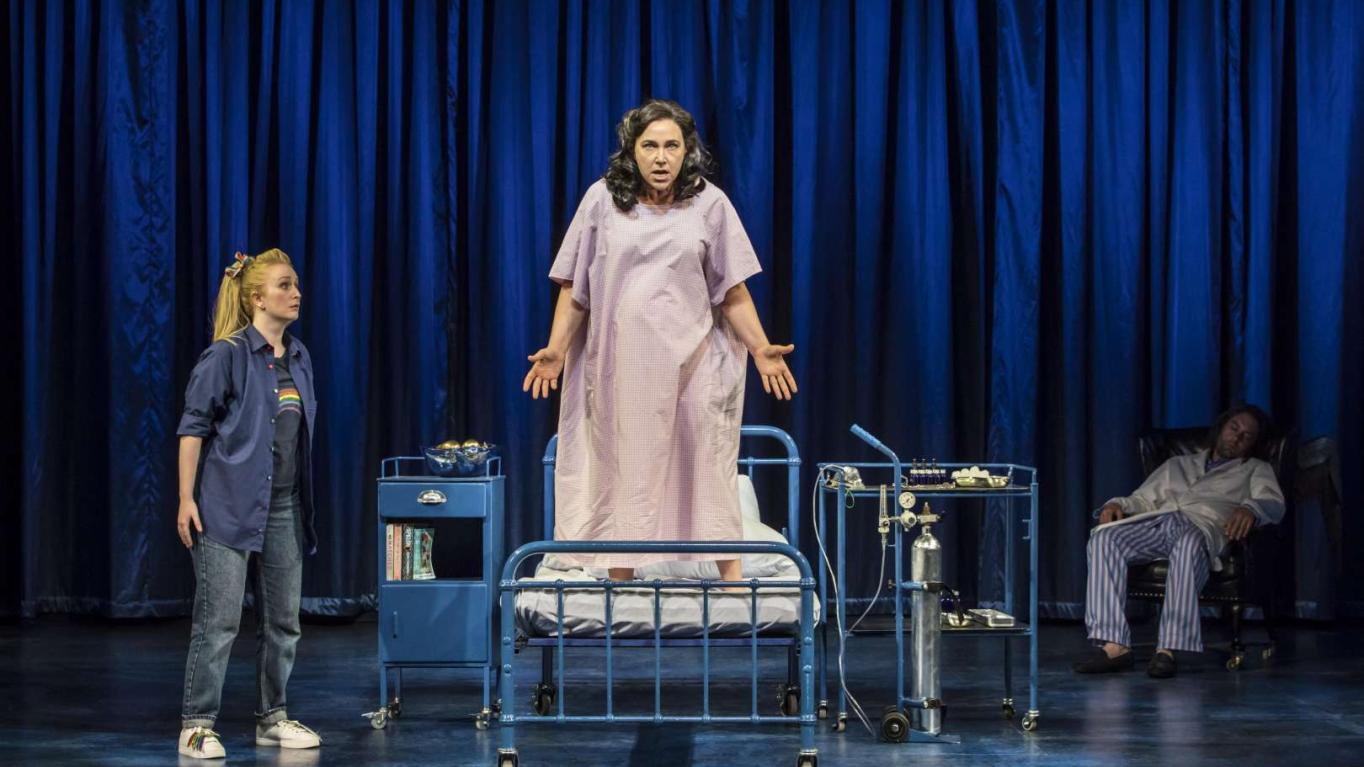 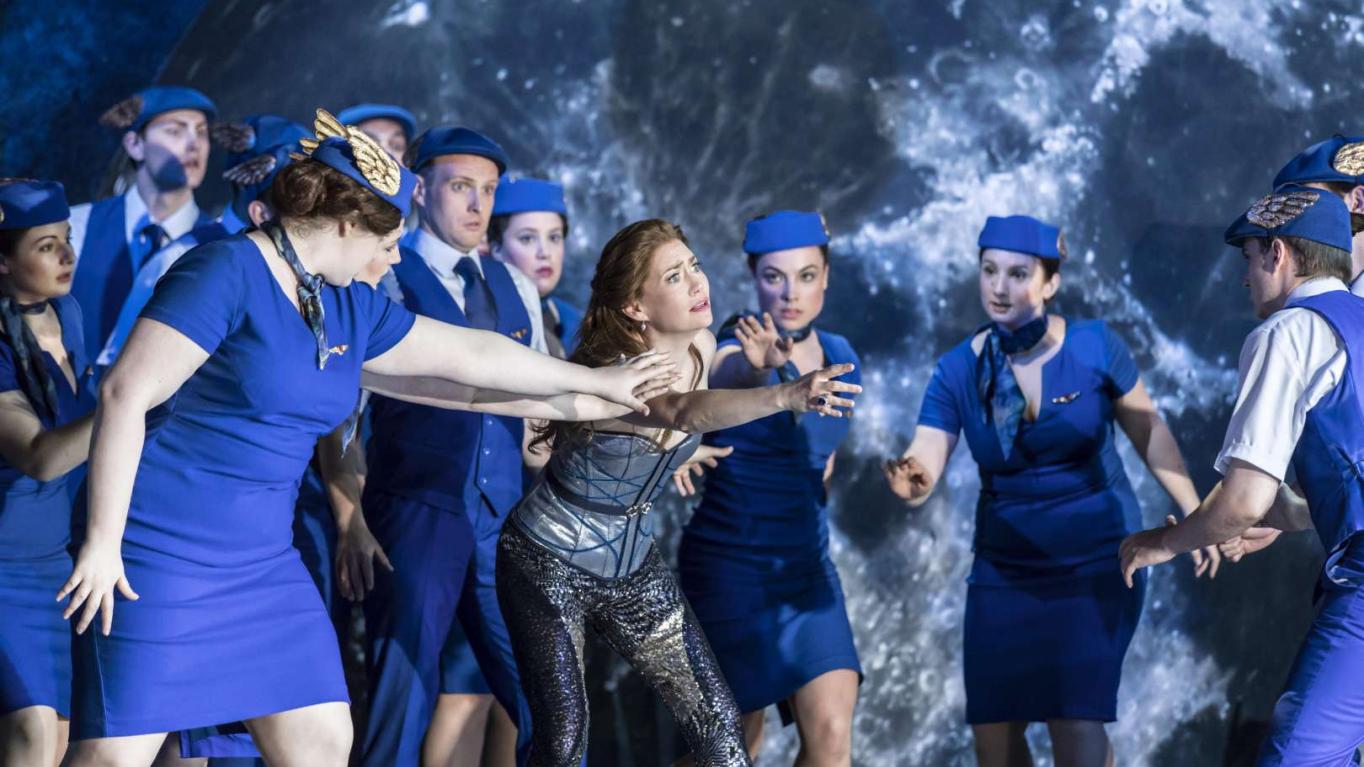 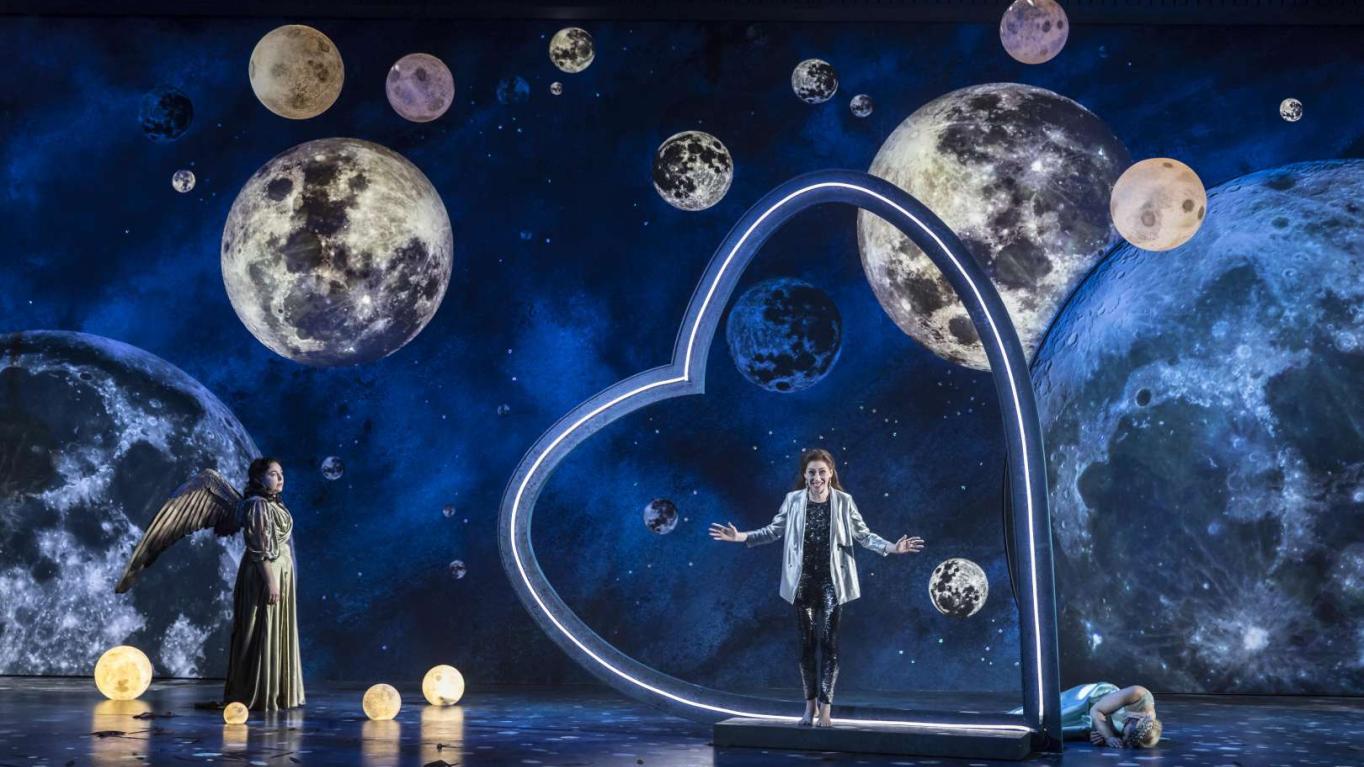 Not many operas have ten choruses in them like this has. Audiences probably expected a religious theme and what they got was a secular theme from mythology with veiled moralistic judgements thrown in, although Handel portrays characters in an entirely non-judgemental way. He’s extremely compassionate and he presents Semele as naïve rather than as a scheming, bad person.’

As he did not have access to stage machinery and special effects, Handel poured all his imaginative genius into creating musical images. ‘It’s wonderfully pastoral’, says Cohen. ‘When Jupiter sings his gloriously beguiling song of seduction to Semele, “Where e’er you walk”, he’s not showing off a panoply of godly tricks. He’s conjuring up pictures of a perfect setting for their love, with flowers and streams and a sense of the breeze blowing through the trees.’

Miskimmon agrees: ‘And the pavilion theatre at Wormsley is surrounded by that sort of an idyllic landscape. You can actually see out, before the light goes, beyond the stage at either side, to exactly that sort of an English pastoral view – glimpses of grass and flowers and branches. There’s something so joyless about certain elements of Christianity in its rigour and certainty; I think that the reason the Greek myths are such an inspiration is that there is a life force running through them that is easier to tap into as a creative inspiration, no matter whether you’re a painter or a writer or a composer. None of the characters in Semele, whether human or god, is portrayed as a cliché or a stereotype. Handel is psychologically clever as well as musically inventive.’

‘There’s not a simple or one-sided view of anything in a great work of art’, says Cohen. ‘You put yourself in the shoes of Barbarina in Le nozze di Figaro and you see that maybe the most moving moment in the whole opera is a tiny scene about a young girl’s worry about finding a pin, which of course represents so much more than that. In Monteverdi’s Ritorno d’Ulisse, one of the most moving moments is the suicide of a glutton. The great composers put themselves into everyone’s shoes – it’s a validation of humanity.’