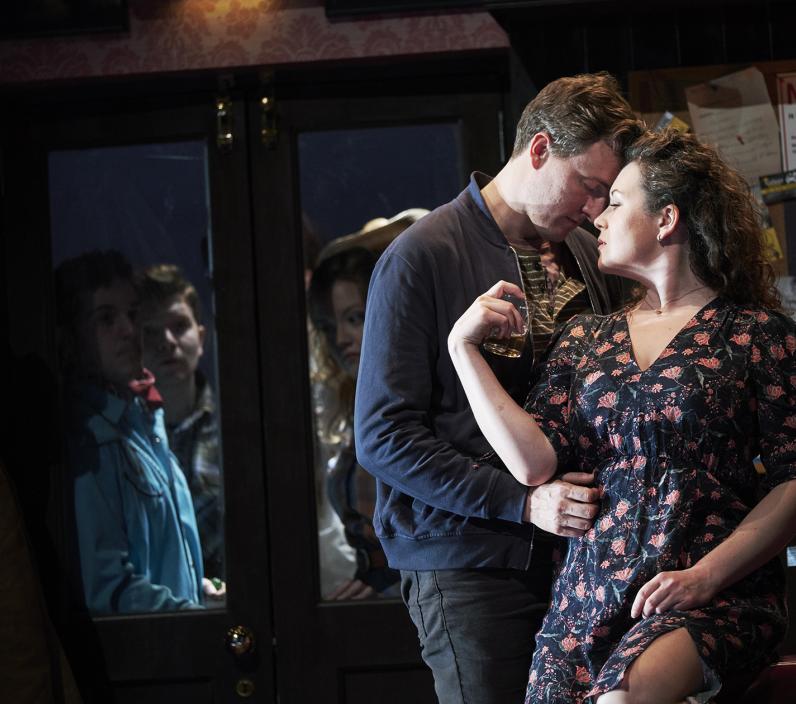 Galatea loves Acis. Acis loves Galatea. Polyphemus too loves Galatea… and he’s ready to do whatever it takes to have her.

Galatea loves Acis. Acis loves Galatea. Polyphemus too loves Galatea… and he’s ready to do whatever it takes to have her.

Acis and Galatea is set in mythological Greece.

In the first act, Galatea sings to quiet the birds that ignite her passion for Acis (ʽHush, ye pretty warbling quire!ʼ). Damon, Acis’s friend, helps the lovers pursue each other by singing a serenade (ʽLove in her eyes sits playingʼ). The young lovers celebrate their passion with a duet (ʽHappy weʼ).

In the second act, the opera shifts from its pastoral and sensual mood into a darker shade as the chorus warns Acis and Galatea about the arrival of a monstrous giant, Polyphemus (singing ʽNo joy shall lastʼ).  Polyphemus is determined to have Galatea for himself. Acis ignores the warnings that love is a fleeting pleasure (ʽConsider, fond shepherd) and ends up facing the wrath of Polyphemus.  Galatea, along with the chorus, mourns the loss of her love (ʽMust I my Acis still bemoanʼ). The chorus reminds her of her deity and that with her divine powers she can transform Acis's corpse into a beautiful fountain.

Friday evening in a pub in rural Ireland. The farmer Acis, lover of Galatea the barkeeper, is killed in an act of jealousy by the notorious no-good Polyphemus. Up to here, this would be a simple piece of news: but Galatea has the divine power to transform her lover into a stream of water, making him immortal as she is.

Opera Theatre Company reimagines Handel's pastoral tale based on the Metamorphoses of Roman poet Ovid, with director Tom Creed creating naturalistic theatre from the most unlikely material.  The action is moved from Greek Arcadia to contemporary Ireland, from nymphs and shepherds to barkeepers and farmers, while retaining all the elements that have made this little opera (as Handel himself called it in a letter)  so dear to audiences since its premiere in 1717.  Acis and Galatea touches upon all emotions, from sensuality to melancholy, from comedy and self-parody to drama.

This short but influential work, which draws from the English pastoral tradition (and in particular from Purcell), was arranged numerous times by other composers, notably by Wolfgang Amadeus Mozart in 1788. It is still one of the most represented stage works by Handel.

With renowned baroque specialist Peter Whelan as music director, this staging of Acis and Galatea is accompanied by the dazzling Irish Baroque Orchestra and features tenor Eamonn Mulhall and soprano Susanna Fairbairn as the thwarted lovers with bass baritone Edward Grint as Polyphemus and tenor Andrew Gavin as Damon.