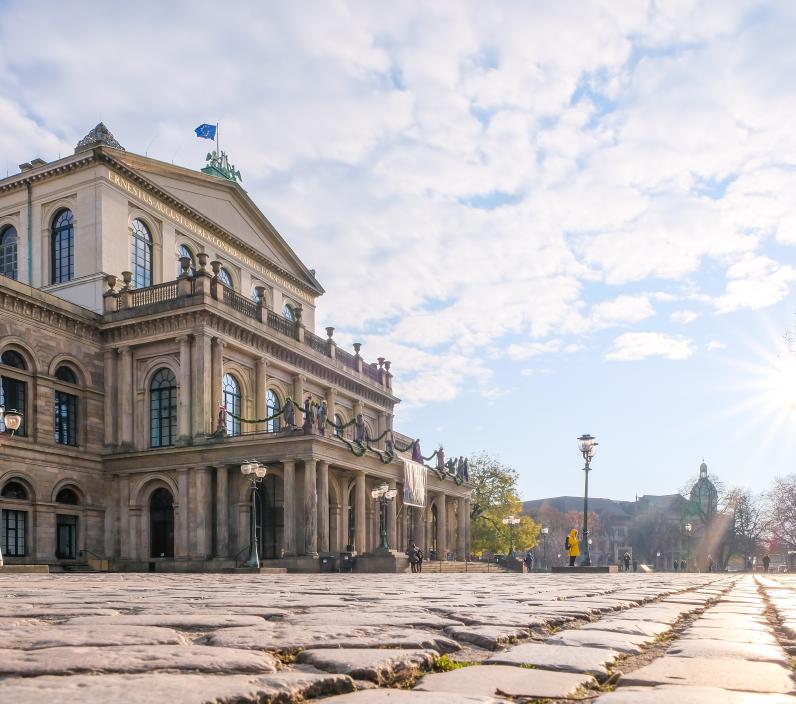 Staatsoper Hannover and Schauspiel Hannover form the Niedersächsische Staatstheater Hannover GmbH. With more than 900 employees, is it one of Germany's largest multi-arts theatres. Around 1,300 events from the areas of opera, drama, ballet, concert and youth theatre take place in three venues every year, which are attended by around 400,000 people.

At the start of the 2019/20 season Laura Berman took over as artistic director of the Staatsoper Hannover. Diversity and internationality are important in the repertoire and the ensemble; Staatsoper Hannover seeks open dialogue with the city society and communication with the European opera scene. Alongside contemporary productions of works from the great classical repertoire, there are world premieres, musical excursions that stretch genre boundaries and formats for young audiences. The Staatsballett has been led by Marco Goecke as director since autumn 2019. He creates art for the 21st century with his own strong signature. He is constantly developing his own work, working with young colleagues and inviting renowned choreographers to Hanover. The Staatsorchester Hannover is an opera and concert orchestra with almost four hundred years of success - Stephan Zilias is General Music Director since summer 2020. In addition to opera and ballet performances, symphony and special concerts, the orchestra can also be experienced at unusual venues outside the State Opera, at chamber concerts and children's concerts.

In 2020, Staatsoper Hannover was awarded an Oper! Award as ‘Best opera house of the year’.

Extract
The Marriage of Figaro
•

Behind the scenes of Carmen

Behind the scenes of Trionfo