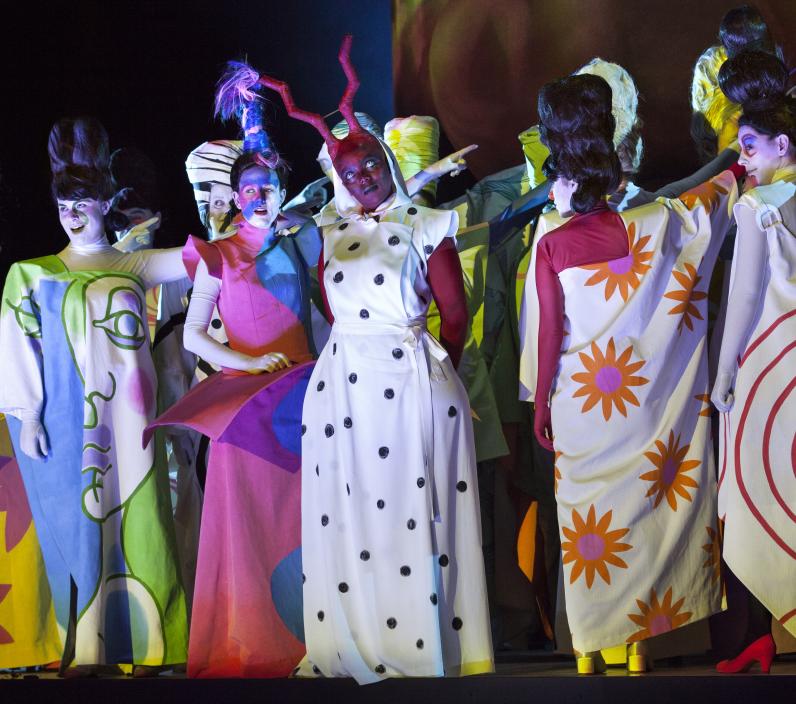 The first modern staging of Luigi Rossi's rediscovered opera The Enchanted Palace was met with gushingly positive media coverage. No doubt there is an appetite for the unearthed musical gems that were overlooked when the opera canon was written.

Just like The Enchanted Palace, which lay dormant in the Vatican Library for 380 years until the conductor Leonardo García Alarcón practically stumbled across it, the history of music is full of marvels that we are still (re)discovering. This is the story of five such forgotten treasures and the people who helped uncover them.

Venitian composer Giovanni Legrenzi’s sumptuous opera La divisione del mondo depicts how Jupiter’s attempts to divide a fractured world between the warring Titans and Gods are repeatedly thwarted by the entrance of the sultry Venus. The opera has everything to dazzle its audience: singers disappearing into trapdoors, gods appearing from above and even smoke effects…

Despite the success following its creation in 1675, Legrenzi’s opera remained virtually unknown for several centuries. After a first performance at the German Schwetzingen Festival in 2000, the French harpsichordist and conductor Christophe Rousset, brought the opera back into the limelight at the Opéra national du Rhin in 2019 in a staging by Jetske Mijnssen (who went on to stage The Barber of Seville in Oslo). 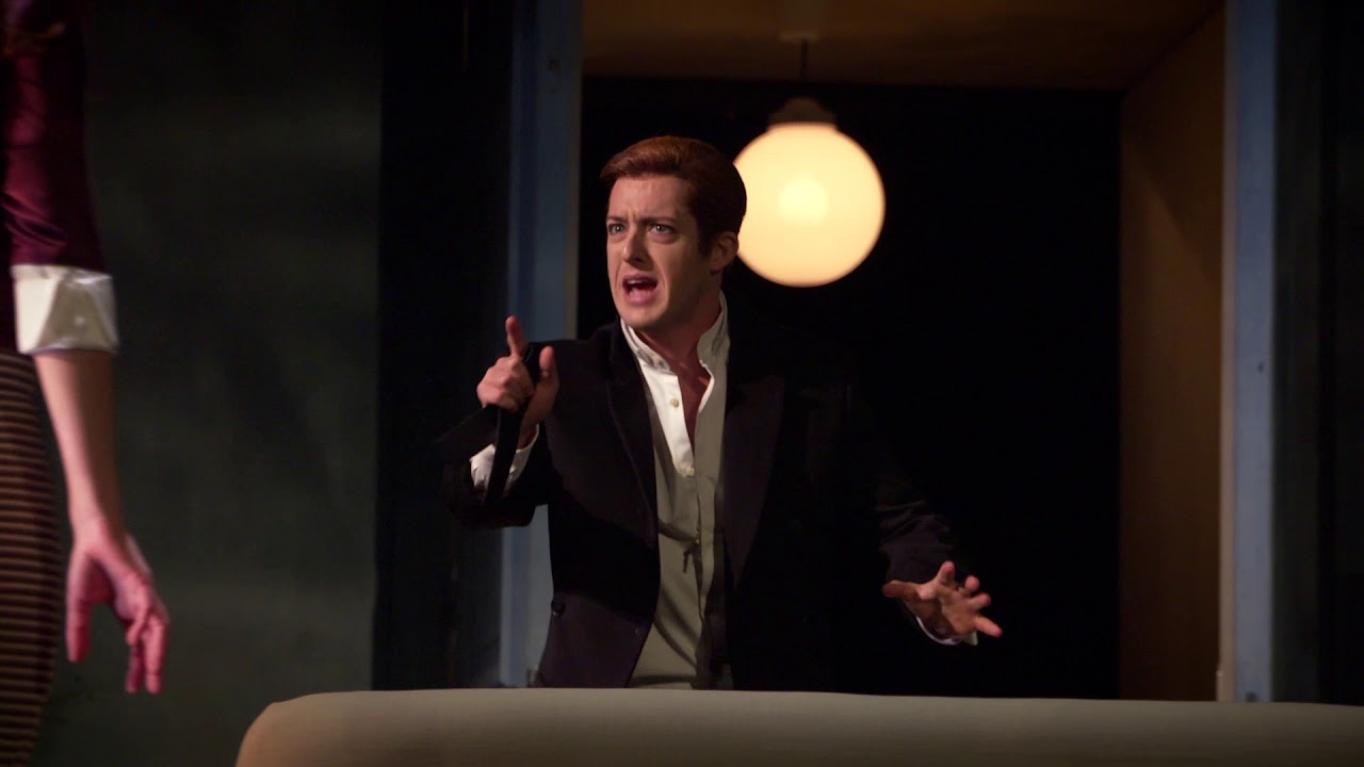 2° Does that sound familiar?
Gioachino Rossini's Aureliano in Palmira

From The Barber of Seville to Aureliano in Palmira: what does Rossini’s most famous opera have in common with his much lesser-known work? Not the story: at the heart of Aureliano lies the rivalry between the Roman Emperor and the Prince of Persia over the beautiful Queen of Palmyra, set thousands of miles and centuries from the Spanish barber. If many opera-lovers could sing Figaro’s ‘Largo al factotum’ in the shower, they would be at a loss to intone an aria from Aureliano.

The two works share an overture and not only that. Rossini freely borrowed from his earlier opera that premiered at La Scala in Milan on Boxing Day 1813, some two years before the Barber. Composed when he was 22 years old, Aurelino in Palmira might not show Rossini at the height of his creative powers. Nonetheless, his incredible talent was obvious in duets such as ‘Se tu m’ami, o mia regina’, which Stendhal considered his most beautiful ever composed. 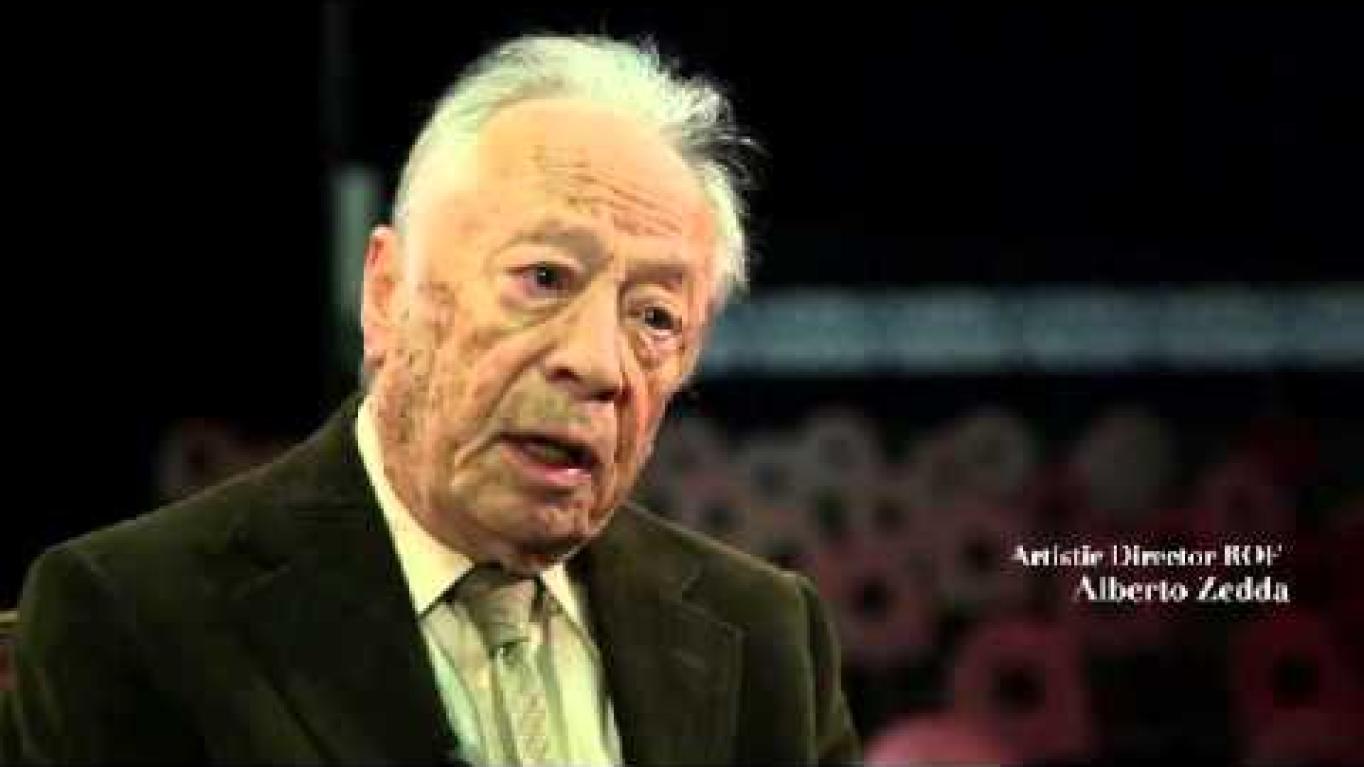 American maestro and musicologist Will Crutchfield conducted Aureliano in Palmira at the 2014 Rossini Opera Festival in the world premiere of the critical edition of the score, which he edited himself. This performance and the ensuing recording of the opera were recognised as the Best Rediscovered Work at the International Opera Awards in 2015.

That Donizetti’s French opera La Favorite (1840) had a previous version –  L’Ange de Nisida –  does not come as a surprise. It  tells the story of the Neapolitan king’s mistress who falls in love with a young soldier back from exile. Intended for the Théâtre de la Renaissance in Paris, it never saw the light of day seeing that the theatre went bankrupt before the premiere. Although Donizetti abandoned the score, the libretto and the music soon contributed to his next opera, La Favorite. He retained the plot, although he altered the setting and characters significantly.

Over many years, the musicologist Candida Mantica painstakingly restored the opera by extracting the parts belonging to L’ange de Nisida and combining them with other discarded but surviving parts. After a concert performance at the Royal Opera House in 2018, its staged world premiere took place at the Donizetti Opera Festival in Bergamo in 2019 directed by Francesco Micheli. 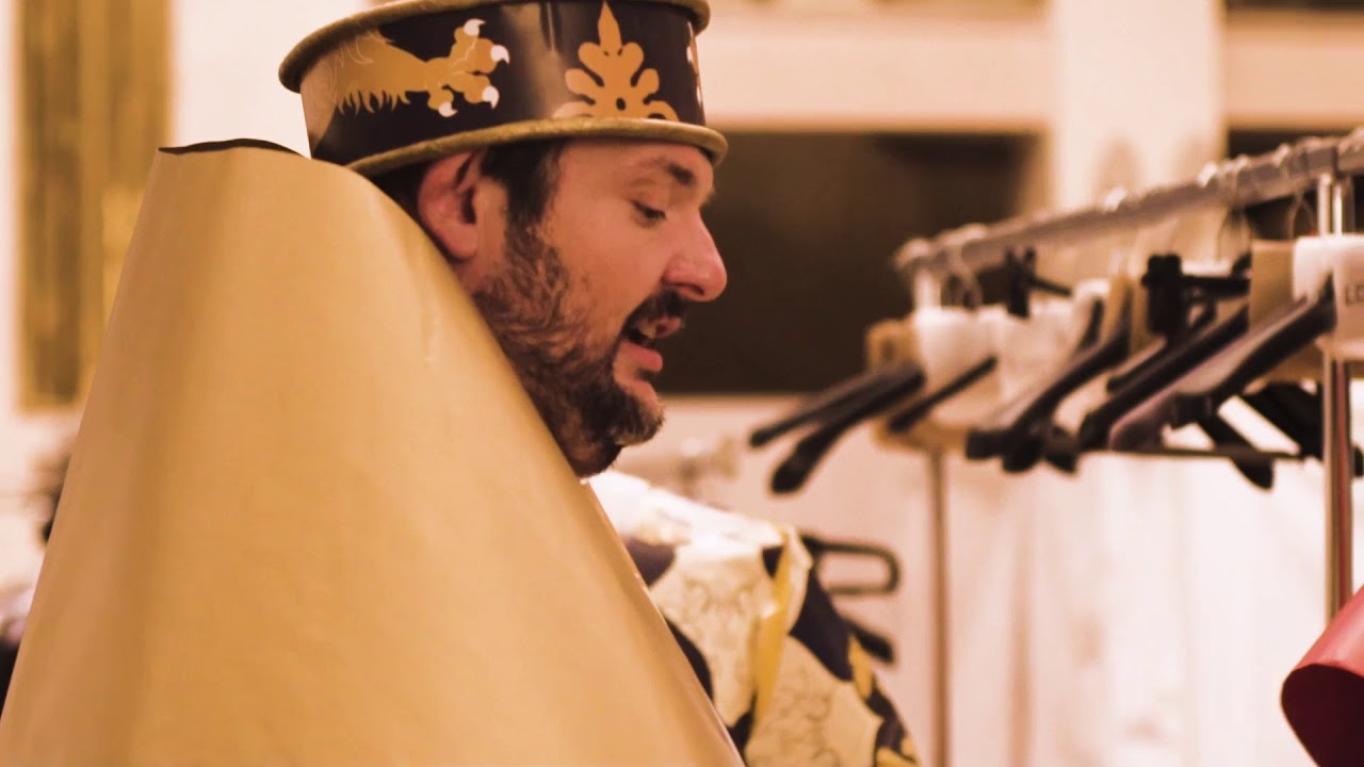 He is known as a prolific composer, especially of Romantic piano music, and as a virtuoso pianist himself. What Franz Liszt is not known for is composing opera. His early adventure into the world of opera - Don Sanche -, written when he was 14 years old, is considered of historical value at best. That was the state of affairs before Sardanapalo, an Italianate opera about the last king of Assyria, recently resurfaced.

In 1845, Liszt was ready to exchange his life as a travelling musician for the stability and recognition that writing an opera would bring him. For the subject matter, he settled on a verse play by Lord Byron, which also inspired works by Delacroix, Berlioz and Ravel among others. It is not ascertained why Liszt abandoned the project in 1852, though some surmise that it might be due to the librettist's failure to revise his text. The manuscript remained untouched in an archive because experts thought it was too jumbled to reconstruct, until the musicologist David Trippett created a full orchestral performing edition. 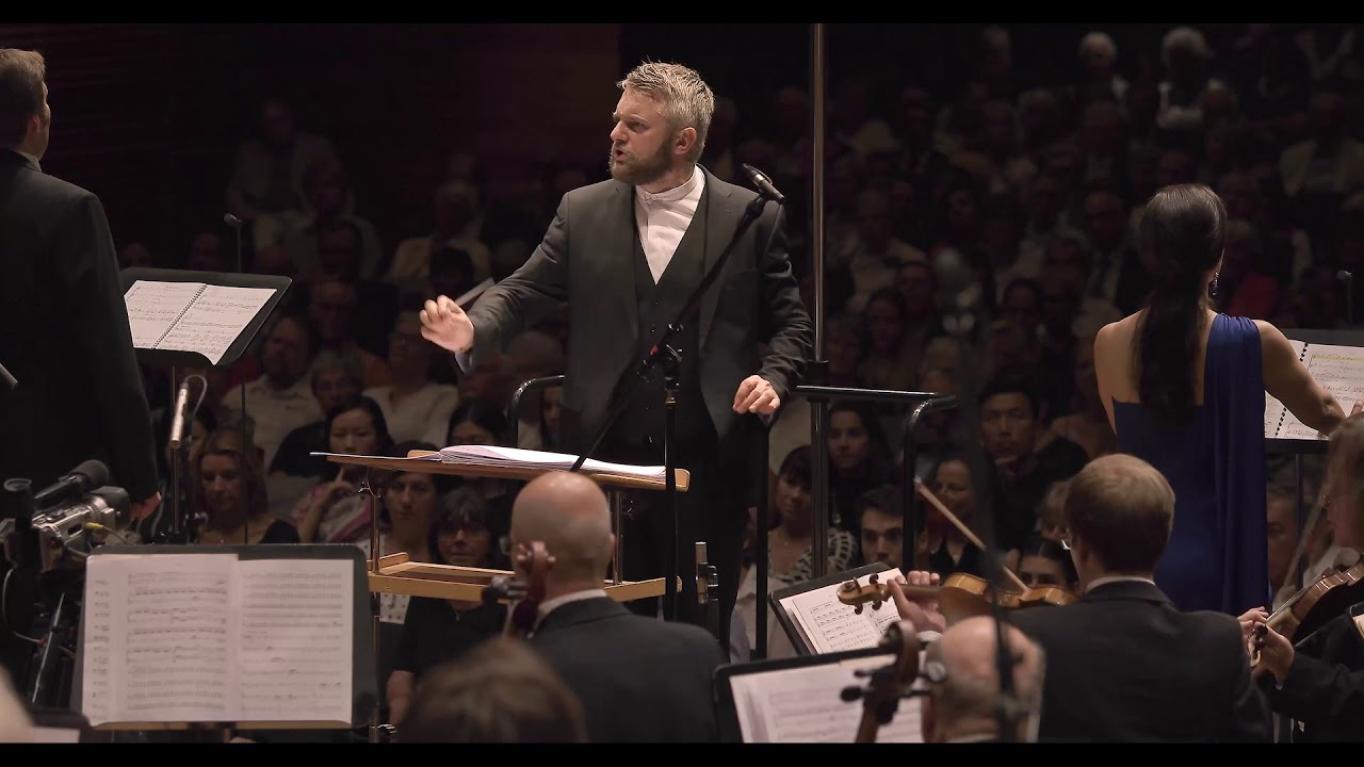 Kirill Karabits, familiar to OperaVision audiences for conducting the Kirsten Flagstad Jubilee Concert, conducted the world premiere of the work at the Staatskapelle Weimar on 19 August 2018, which symbolically was Liszt’s own orchestra from 1848 to 1858. The following recording received widespread critical acclaim and was listed in Gramophone's Recordings of the Year.

Many of these operas have incredible accounts of how they were first lost and later rediscovered. Other times, the forgetting comes piecemeal and there is no spectacular rescue story either. When the celebrated Jewish composer Franz Schrecker premiered his opera Der Schmied von Gent on 29 October 1932 in Berlin, right-wing agitators disrupted the performance. Within a couple of years, Schrecker’s music was banned in Germany and the work was all but forgotten. 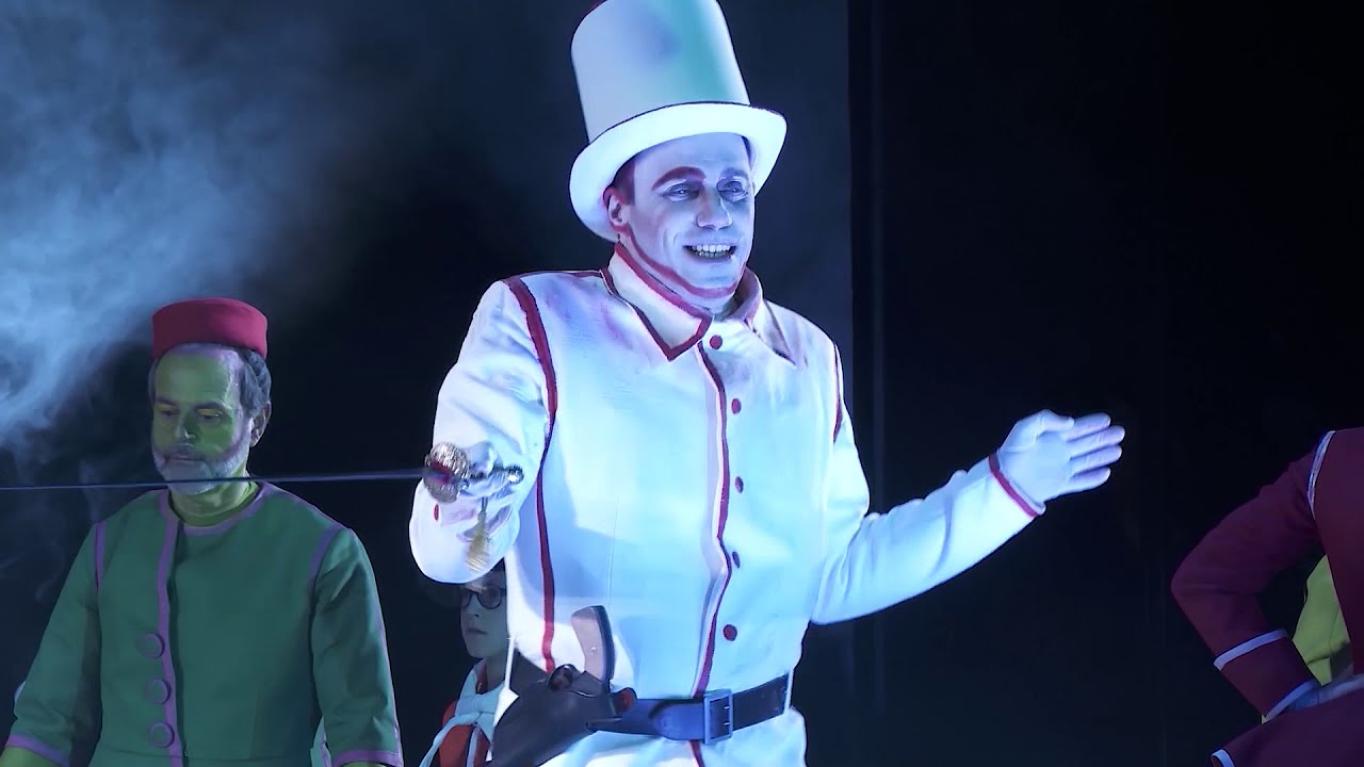 Rediscovered by the Berlin State Opera in 1981, Der Schmied von Gent received its 4th modern performance in a colourful production of the Opera Ballet Vlaanderen in February 2020. OperaVision streamed the production exclusively in Spring 2020.