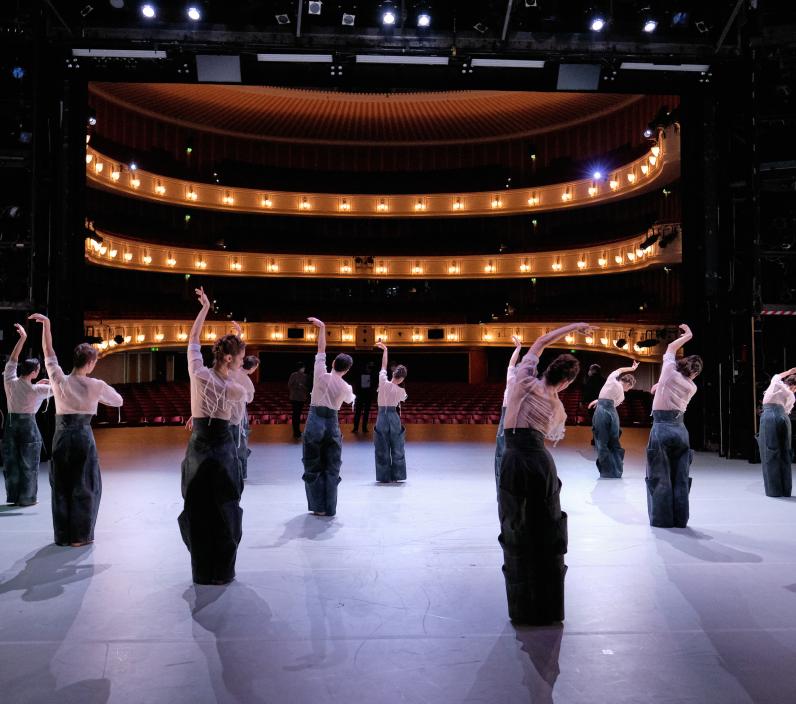 The detail of the pattern is movement

Inspired by the a cappella piece ‘Partita for 8 Voices’ by the composer Caroline Shaw, Demis Volpi has created a choreography for eight dancers, which premiered on 15 October 2020 at the Düsseldorf Opera House. For the film version, Demis Volpi and the Düsseldorf filmmaker Ralph Goertz redeveloped the choreography for 16 dancers and camera during the lockdown, which began shortly after the premiere. Both artists were guided by the idea of creating a dance experience that would not have existed without the added medium of film. Simply filming the piece from the audience's perspective was therefore not an option.

A simple piece has not become a simple piece at all, but a strongly conceptual and deliberate work, behind which lies an almost mathematical system and many weeks of rehearsal. Although counting the counts is a constant companion of every rehearsal, it is particularly present here, even imperative. Demis Volpi does not only pursue the immediate emotional impressions of the music, but also aligns himself with certain musical structural principles and choreographs to a large extent with the score in hand. 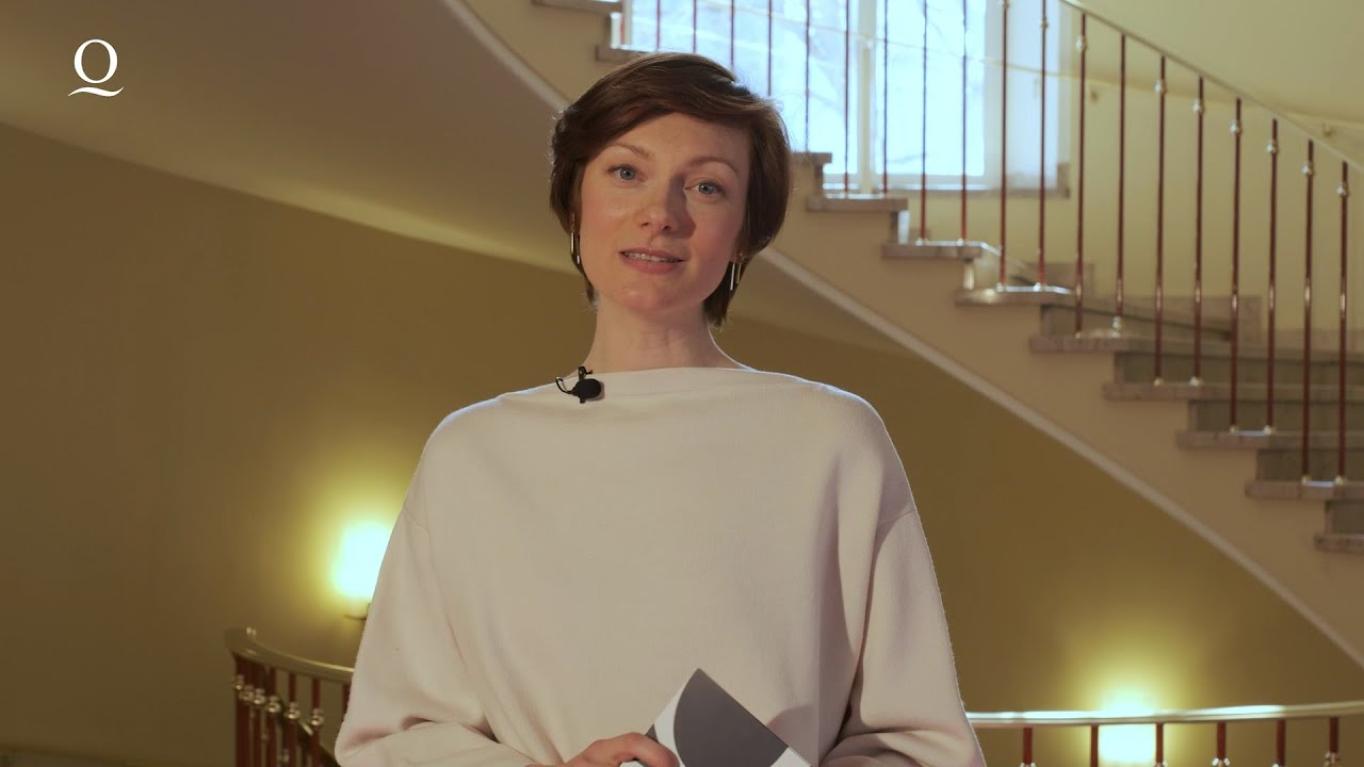 In this precise work, which requires a great deal of communication between choreographer, dancers and ballet master, each quality of movement must be sought and found individually. Little by little, a pool of movement patterns emerges - material that is thought through and processed, resulting in strictly formally composed movement sequences that are linked together. A movement or gesture is broken up into counts and moves through the group like a current. In this way, the body is reflected back on itself through the singularisation of the movement and broken down into its individual parts - almost a sculptural or anatomical approach - and at the same time a powerful pull arises within the group that creates community.

‘The detail of the pattern is movement’ says a line in the score taken from a poem by T.S. Eliot, which reads like a credo. In the choreography, this animated relationship between detail and structure emerges through repetition and displacement. A ‘pattern’ that can only be fully perceived from a distance. In the Allemande, the first movement, the canon-like system is introduced as the individual steps and gestures are transported through the group - like a wind moving through the grasses, setting one after the other in vibration. This principle works well with the many fast and small-meshed movements, which are looped in a comic-like manner, while a long held arabesque is made more powerful by a synchronised moment.

Each of the four movements has its movement material. For example, while the first movement focuses on the upper body, arms and hands, in the third movement we see knees, hips, tendus (stretched legs), rond de jambes. (circular leg movements).  The musical breathing of the music is not physically mimed or doubled, but contrasted by a strict academic movement of the legs. The impression is of almost mechanical work - an association reinforced by the costumes. However, the stiff and heavy materiality of the high trousers and coarse pockets is contrasted by the visible seams and fine, net-like powdery tops. Carola Volles has created something between workers' clothing and high fashion for the dancers, inspired by Peter Lindbergh's black and white fashion photographs in the industrial setting of the Ruhr.