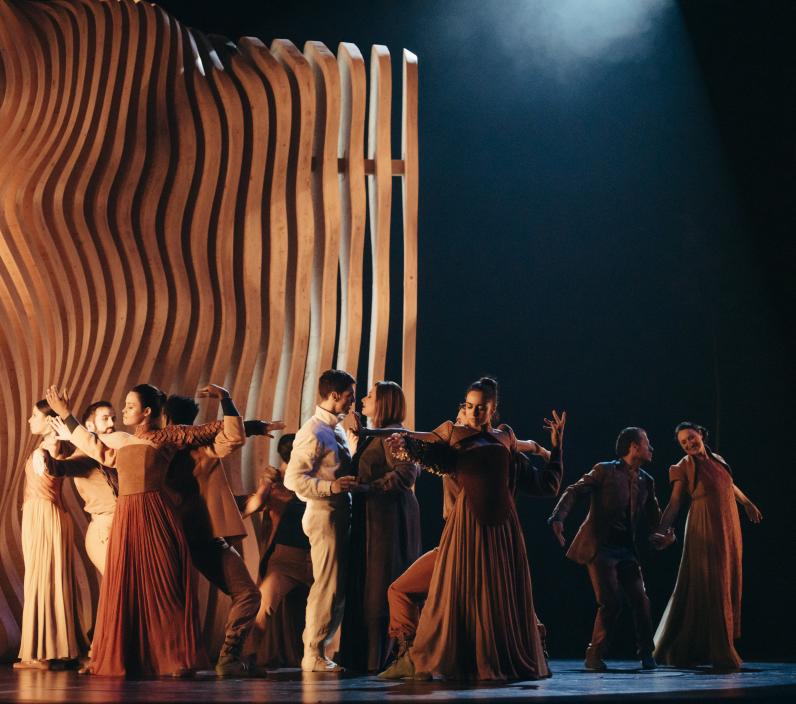 The irrepressible longing for authenticity

Dramaturg Koen Bollen looks at historical depictions of female water spirits and asks director Alan Lucien Øyen if Rusalka is merely a magical extravaganza or a thoughtful parable about what it is to be human.

In Rusalka, the Czech composer Antonín Dvořák (1841-1904) created one of the most intriguing, multi-layered and musically brilliant works of the late nineteenth and early twentieth centuries. The Czech author and dramaturge Jaroslav Kvapil wrote the libretto inspired by Hans Christian Andersen’s The Little Mermaid and the dark tale of Undine by Friedrich de la Motte Fouqué, while also including elements from Die versunkene Glocke (The Sunken Bell) by Gerhart Hauptmann. Kvapil and Dvořák connected these Western European literary sources with the Slavic origin myths of the rusalki, female water spirits with a very particular history. The result was a deeply felt lyrical score with inventive orchestration that convincingly transforms the fairy-tale figures into complex characters in their own right.

The female water spirit has been inspiring myths, sagas and legends for thousands of years. Her elusive beauty and dark menace crops up over and over in countless works of literature and music. The Greek siren, the French melusine, the German undine and the Slavic rusalka are all variations on the enigmatic figure of the mermaid. Mermaids as we know them today appeared only in the Middle Ages. In Christian Europe, Odysseus became the prototype of the true Christian who was able to resist the tempting sirens. In 1590, in his Liber de nymphis, sylphis, pygmaeis et salamandris et de caeteris spiritibus, the German physician Paracelsus described the female water spirit as a creature lacking an immortal soul, but who can earn one through marriage to a human. 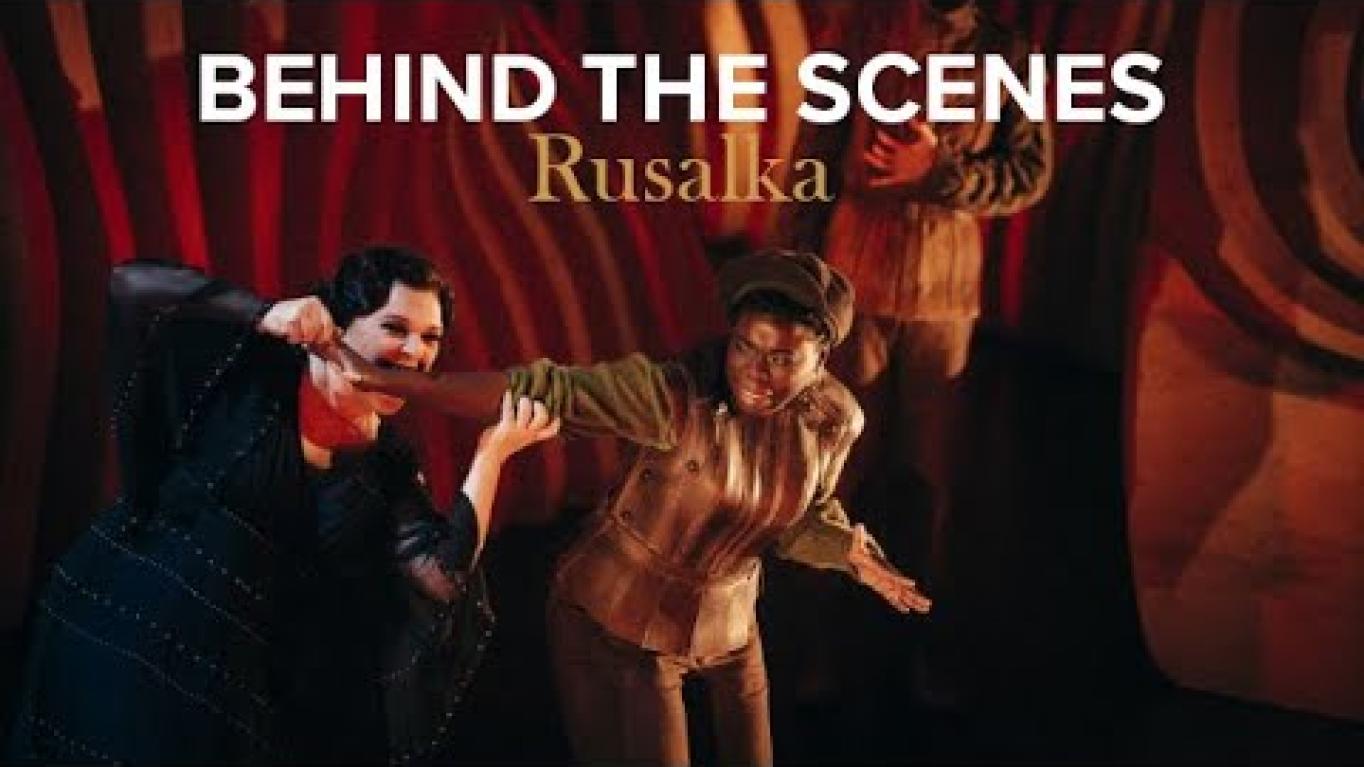 The nineteenth century was a golden age for stories about water spirits. The advent of modernity and the industrial revolution were accompanied by a counter-movement in the arts. In the Romantic period, fantasy and nature, and therefore also water spirits, once again became an important theme. The German writer Fouqué based his influential novella Undine (1811) on the tradition of the soulless water spirit as described by Paracelsus. Undine's father wants his daughter to marry a human and thus acquire a soul. Eventually the knight Huldbrand takes Undine to his castle where his love for her wanes in favour of another woman. According to the laws of nature, Undine must kill Huldbrand with a kiss.

Undine became one of the sources of inspiration for the fairy tale writer Hans Christian Andersen. He published his story of The Little Mermaid in 1837. She, too, yearns for the love of a man. In exchange for a human form, she relinquishes her voice to the Sea Witch. If she can win the love of her prince, she will gain a human soul. Her sacrifice proves to be in vain, however, and the only way to escape her fate of dissolving into sea foam is by killing the prince. Yet, she refuses. Andersen's fairy tale, and especially her refusal to kill the prince, reinvents the mermaid. While she was customarily portrayed as a passive object of male fantasies, Andersen gives her an active role. She is no longer a victim of natural and human forces. She acquires an individual will, an element that also occupies a central place in Dvořák’s Rusalka.

The most important sources for Kvapil’s and Dvořák's artistic treatment of the fairy tale can be found in the Western literary tradition, however both artists also took many elements from Slavic folk mythology. In popular belief, the rusalki were girls who had drowned themselves or were illegitimate – and therefore unbaptised – girls who had been killed by drowning. Those children thus became victims who were excluded from both the ecclesiastical and the pagan funeral rites and therefore, along with executed criminals and their like, belonged to the ‘unclean dead’. The most fundamental distinction between the Western tradition and this Eastern Slavic one is the human origin of the water spirit: a rusalka is not a soulless natural spirit but a lost human soul.

Alan Lucien Øyen, director
This opera is a story about alienation, about feeling different.

‘Rusalka is a fairy tale about nymphs, a mermaid, a water sprite, a witch, a prince and a princess,’ says Alan Lucien Øyen, who directs this new production at Opera Vlaanderen. ‘But it is also the story of a father who loses his daughter, of a girl who wants to give up everything for a sense of belonging, of a young man who is confused about what society expects of him and, finally, in the character of the witch, it is also a story of resentment and bitterness for a life that was never lived.’ The desire to bring out the realism in the fairy tale was the starting point for the Norwegian director and choreographer. For him, Rusalka is essentially about the clash between unfulfilled desires and inescapable reality. Impossible as it may be for the individual to avoid a predetermined destiny, we nevertheless all seek an authentic life.

In this production, various characters are played by both a singer and a dancer, who share the role. This offers Øyen a way of expressing the libretto very directly as well as revealing the underlying emotions and motivations of the characters. ‘This opera is a story about alienation, about feeling different,’ he explains. ‘Rusalka undergoes a profound transformation in order to be able to belong somewhere, but the result is that she feels more alienated than ever in her new life. She considers herself neither a water spirit nor a human and is increasingly lost and alone.’ Rusalka is a thoughtful tale about our desire to choose for ourselves a place where we can feel at home and live exactly as we have always wanted to. The fearless Rusalka shows us how we can take our lives into our own hands and tell our own story, even in the face of a destiny that seems inevitable.

This text is based on an article by Koen Bollen that first appeared in the programme book for Rusalka in December 2019.