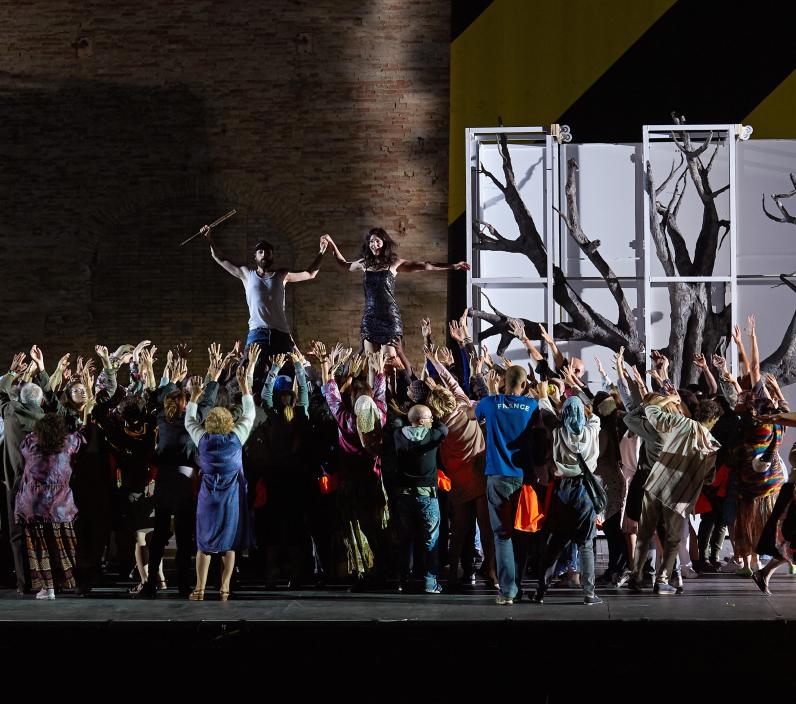 The Magic Flute as a political instrument

The Magic Flute is often presented as a fairy tale about finding one’s way through the opposing forces of Good and Evil. Mozart’s last opera relates the trials and tribulations of two opposing yet complementary couples - Tamino and Pamina and Papageno and Papagena - who, in their search for love, journey through darkness to reach light and happiness. Along the way, they are accompanied by their magic instruments, which protect them from all sorts of dangers.

Since the premiere of Die Zauberflöte on 30 September 1791, only two months before its composer’s early death, the opera has not stopped to fascinate and beguile its audience. Indeed everyone and every generation can interpret the work differently without being able to claim to present its ultimate truth.

Many productions stage The Magic Flute as an earthy folk story in the tradition of the genre of the Viennese Punch and Magic opera (‘Wiener Kasperl- und Zauberoper’) in which mythical creatures occur side by side with real characters and good and evil forces compete over their influence on the protagonists until finally love conquers all.

Here, the mythical creature finds its embodiment in Papageno, who is himself more bird than bird-catcher. As a buffoon-like character who is clumsy and devious in equal measure, he delights the audience with his unpretentious folksy arias and is the source of much of the opera's heartwarming comedy.

While it initially appears as a magic farce, in the course of the action The Magic Flute increasingly turns to the proclamation of Masonic ideals, focussing on the duality of Enlightenment and obscurantism and highlighting elements of true heroism.

In the midst of their trials, the young lovers Tamino and Pamina are caught between the forces of the feminine and the masculine. The feminine force, the Queen of the Night, represents the moon, darkness, negativity, irrationality and chaos while her counterpart, the male Sarastro, stands for the sun, light, positivity, rationality and order. 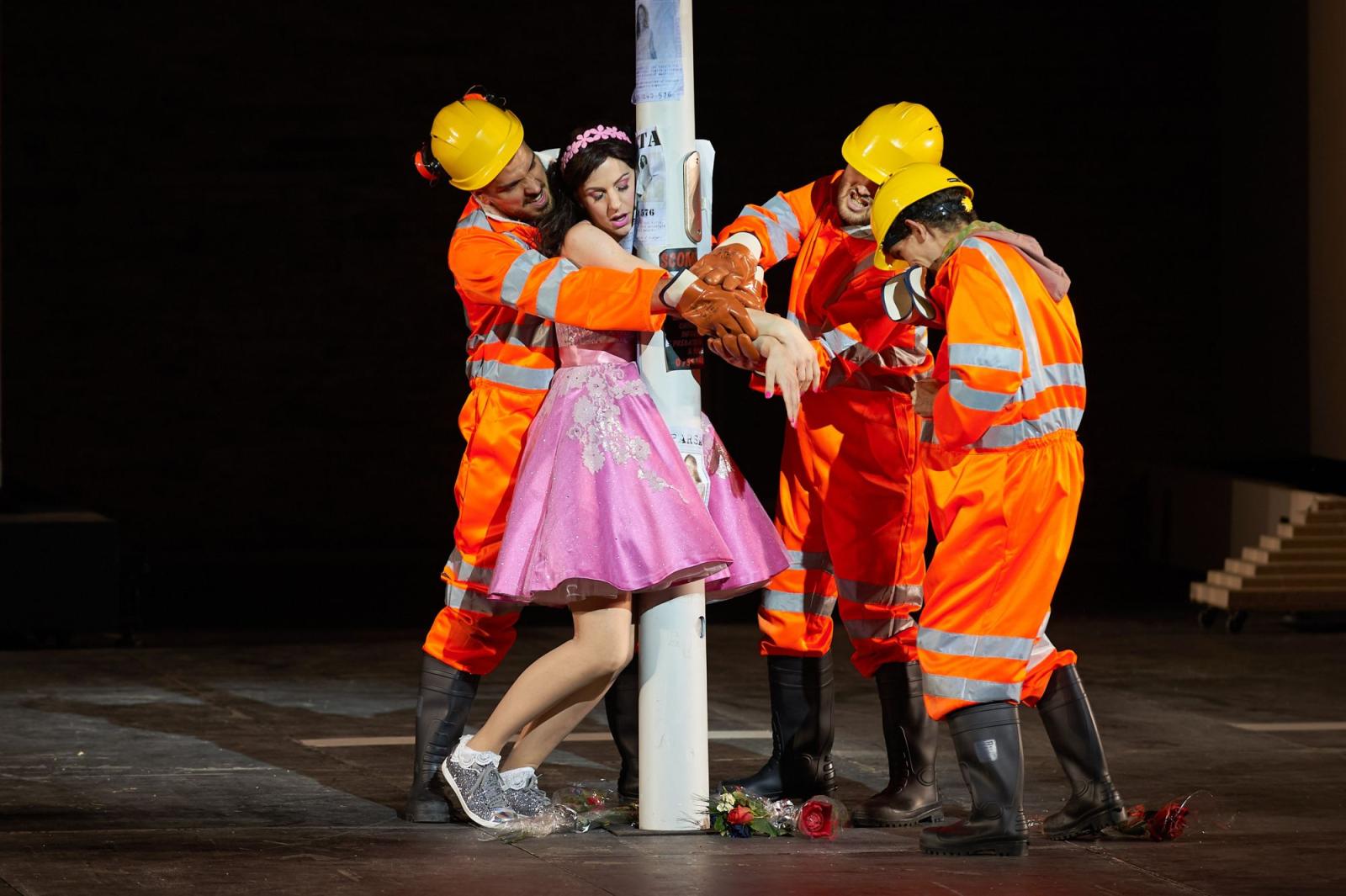 Both Mozart and his librettist Emanuel Schikaneder were Freemasons, members of an increasingly reluctantly tolerated fraternal order that taught self-enhancement and philosophy through partaking in a sequence of ceremonies. These ceremonies are reflected in the opera's trials of silence, water and fire.

The audience in Mozart’s day understood the political dimension of The Magic Flute very well. Its stance against feudality and the clergy had to be camouflaged and transformed into harmless events on stage. The elements of coarse Viennese comedy such as Papageno and the transformation of an old into a young woman can also be read in this light.

When seen through this lens, Graham Vick’s radically modern and openly political production which opened the Macerata Opera Festival in summer 2018 does not fully turn its back on tradition. His Magic Flute does not deny its popular roots in vaudeville theatre. Papageno as a fried chicken delivery man makes that very clear. Brimming with witty ideas, the production is mischievous and fun to watch.

- Graham Vick
Mozart's last opera was created to be a popular and comic performance. Therefore I wanted this performance to be linked to the city and I wanted to do it in Italian.

But Graham Vick would not be Graham Vick if he did not tackle the big political dilemmas of our days. His idiosyncratic treatment takes on the triad of politics, business and religion - symbolised on stage by scale models of the European Central Bank, Apple’s headquarters and St Peter’s Basilica. He enrolled one hundred locals and immigrants as extras to play demonstrators.

His dedication to creating a bespoke production that speaks to its specific audience is obvious in his bold choice to re-translate the libretto into a direct and colloquial Italian spoken today. Vick did not want to create another Zauberflöte with and for people who did not understand what was being sung.

Not unlike Mozart himself, who exchanged the traditional Italian of his operas to create a German-language singspiel (a music drama with spoken dialogue), Vick does not shy away from innovation. ‘This version starts from a very natural assumption’, he explains, ‘that to create you must first destroy. Think of nuclear fission, of the Big Bang. In this contrast, in this dualism, lies the fulcrum and meaning of life.’