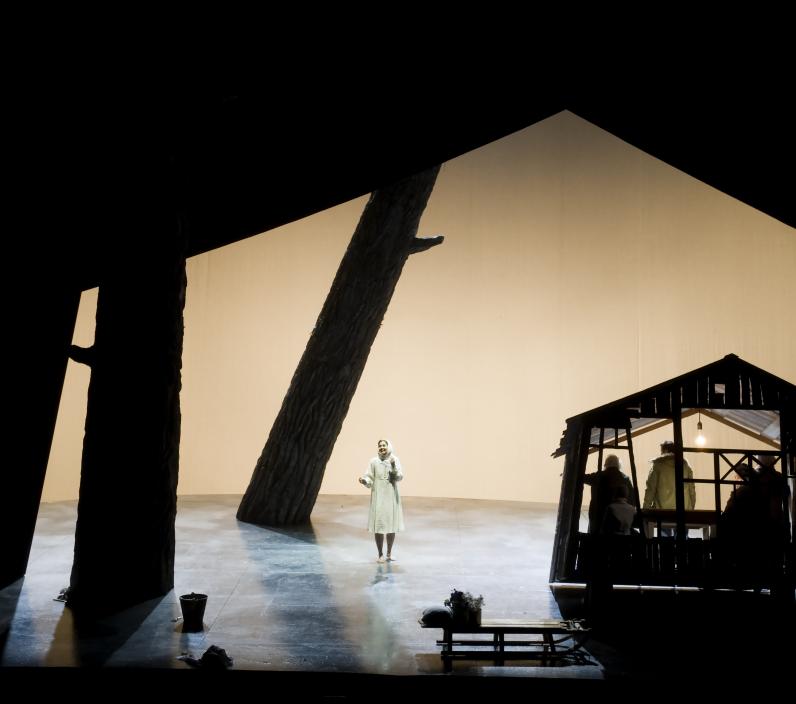 Is not God everywhere?

Rimsky-Korsakov’s grandest opera The Legend of the Invisible City of Kitezh and the Maiden Fevroniya is often labelled ‘the Russian Parsifal’. Composed in the early years of the 20th century and first performed in 1907, it betrays some musical influences from Wagner’s last opera, first performed in 1882; but the greater affinity is with a pantheistic vision encompassing both religion and nature, through which a ‘wise fool’ (Wagner’s description) treads a dangerous path towards an elusive goal. Some identify that goal as redemption, but the true subject of both operas is compassion.

Yet the strongest impression left by Dmitri Tcherniakov’s astounding production for Dutch National Opera is the essentially Russian nature of the whole conception. The heroine Fevroniya is a ‘holy fool’ in the Russian tradition, with instinctive wisdom which transcends politics and religion. When asked by Prince Vsevelod in Act 1 whether she attends church, she answers: ‘Is not God everywhere? You may think my forest is an empty place, but no – it is a great church, where day and night we celebrate the Eucharist’. The music to which she sings these lines returns in Act IV to embody her transfigured soul. 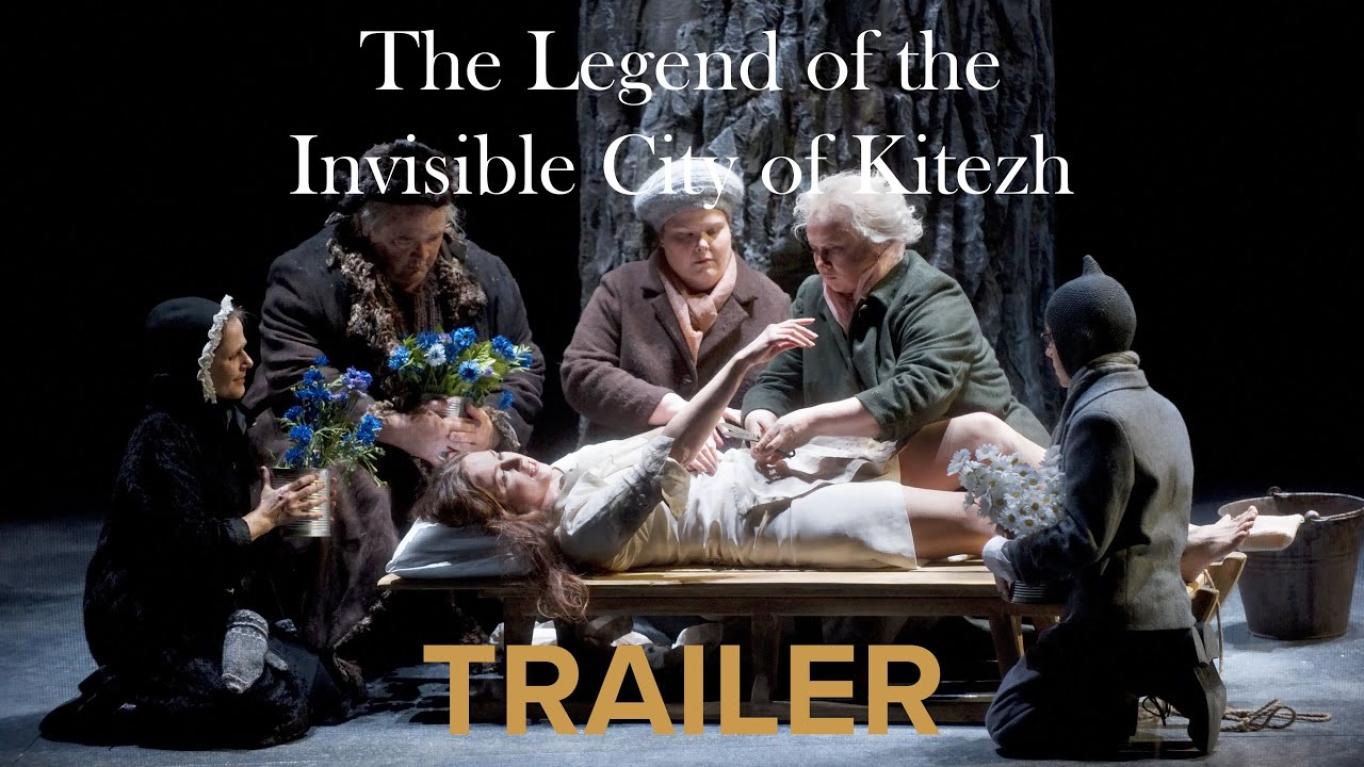 Tcherniakov, who is his own designer, creates a gloriously dense Russian forest for these outer acts, inhabited by minutely observed natural and human incident, as if in a Breughel painting. Fevroniya is played with a sublimely fresh innocence by the Russian soprano Svetlana Ignatovich-Aksenova, radiant in the haunting cadences of her opening song. At the end of this act, after the unexpected visitors have left, and with the woodmen methodically climbing a frame far upstage, she lies down on the forest’s grassy earth, in ecstatic communion with nature. It is a heart-stopping image.

Act II, set in Little Kitezh, is in total contrast. Here Tcherniakov conjures a picture of unruly urban idleness, and peoples it with individual actions almost too detailed to be absorbed in one viewing. From this mass of contrasting activity – Fevroniya’s wedding cortège, a performing bear, a bard’s prophetic song – emerges the other great original character of this opera, Grishka Kuterma. An unemployed but outspoken drunkard, he belongs to a Russian tradition of mendacious rogues, found in Musorgsky and Borodin, but certainly not in Wagner. Some 35 years earlier, Rimsky-Korsakov worked on his first opera The Maid of Pskov, while sharing lodgings with Musorgsky when he was writing Boris Godunov. The helpless panic which infects the people of Kitezh when faced with the imminent Tatar invasion is reminiscent of both those operas from the late 1860s. It is uncannily prescient of today, as we helplessly confront a deadly pandemic.

Dmitri Tcherniakov
After what happened on earth life can never go on as before. Everybody lives waiting for an unavoidable end.

Grishka becomes the agent of betrayal of both the haven of Kitezh, intended by its rulers as a shelter from earthly sufferings, and of the forsaken bride Fevroniya. But, confronted with annihilation, the abandoned women of Kitezh transform sorrow into joy, and Fevronia saves Grishka from the carnage. A ‘miracle’ occurs, whereby Great Kitezh becomes invisible in mist, its church bells and ghostly reflection in the water eerily evoked by Rimsky’s glassy orchestration.

In the last act, Grishka suffers alcoholic hallucinations of remorse which drive him mad. Fevroniya falls asleep on the ground and imagines the marriage with Vsevelod which she was denied; reaching out towards those she has been and has not been able to help in the course of her life. As Tcherniakov reminds us: 'After what happened on earth life can never go on as before. Everybody lives waiting for an unavoidable end.'