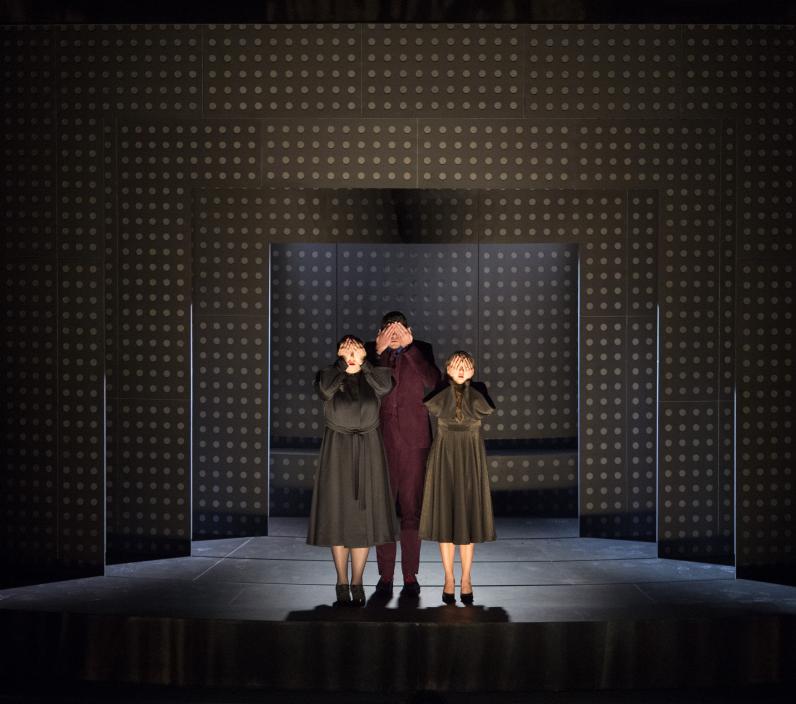 Phantoms of the Opera

Opera has always been a provocative art form. Drama, emotion, and psychological thrills abound. The repertoire is pervaded with legend and myth.

Meet some of our operatic ghosts and other scary creatures. Each has been given a ghost rating. Some of these operas are a societal critique, some are literal interpretations of supernatural tales… and some are truly terrifying. 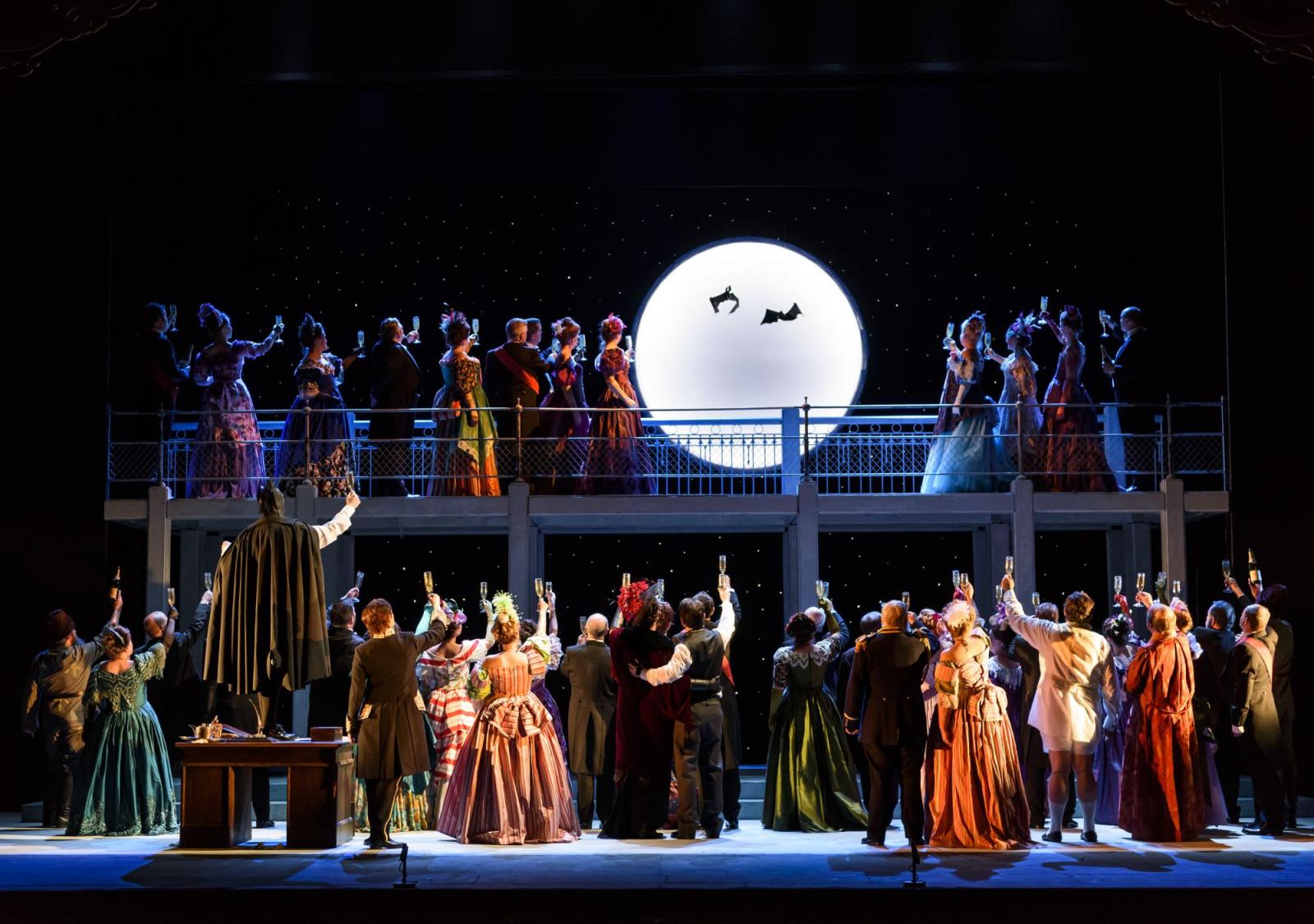 We include Johann Strauss’s Viennese operetta here because what could be more quintessentially seasonal than the bat? This work delves deep into the absurd: our plucky heroine, the maid Adele, works her way into high society and Prince Orlofsky’s fancy ball in disguise. Her employer, Rosalinde, is masked too: she suspects her husband Eisenstein of being unfaithful and wants to catch him in the act. The two do an awkward social dance around him and around Dr. Falke, the one they call ‘Dr. Fledermaus’ – a nickname he acquired years ago when he wandered the streets of Vienna all night in a bat costume when his friends abandoned him after a party. Ridiculous adventures lead to a happy ending.

The photo above is from Welsh National Opera's bat-tastic production of Die Fledermaus. 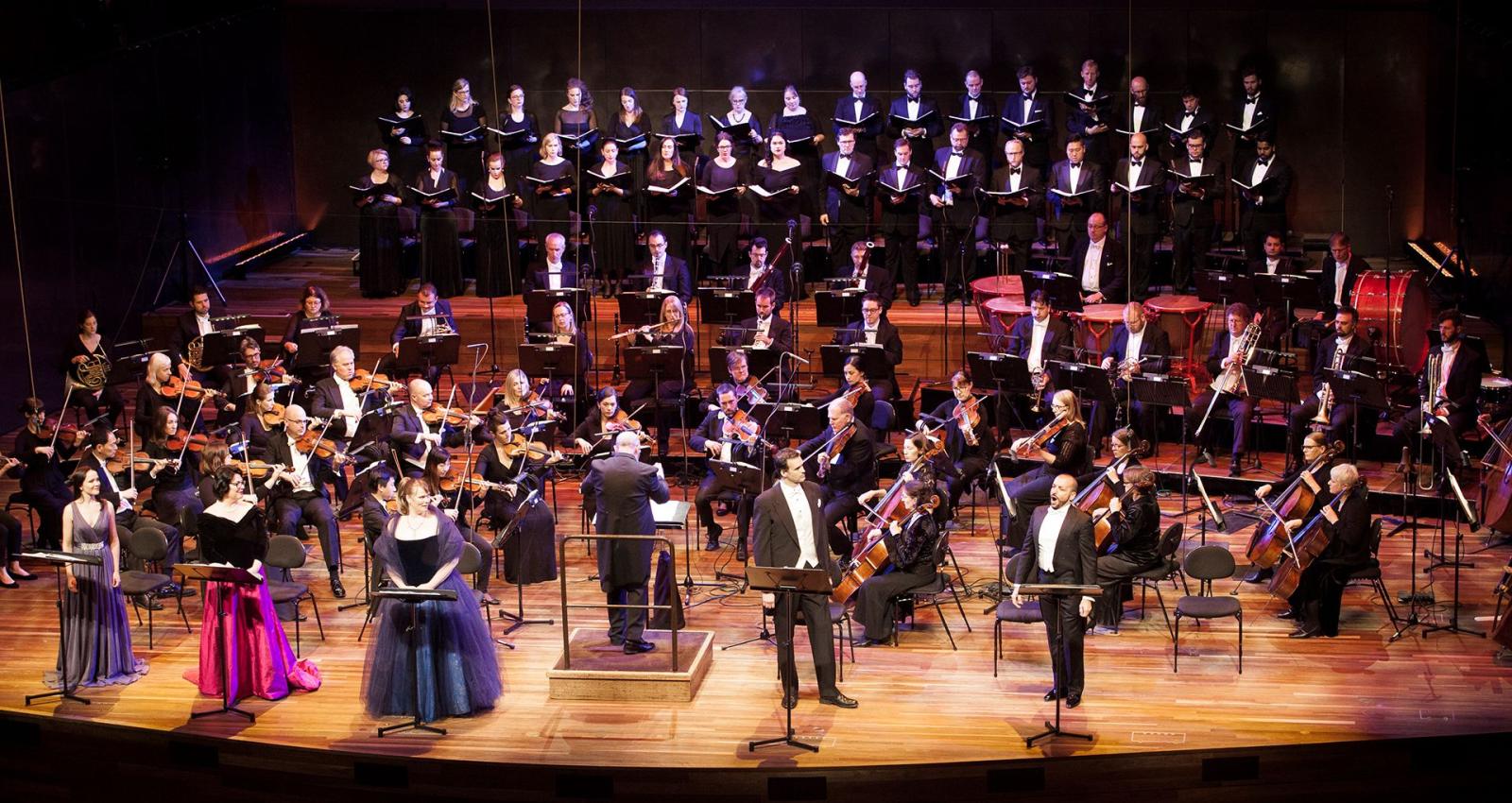 Amina lives in a picturesque Swiss village with her adoptive mother. She is about to marry her beloved, Elvino, but things start to go awry. Amina is a serial sleepwalker, and when she wanders around at night, she looks so much like a ghost that she has been the source of local legends. In her ‘ghost form’, Amina wanders into the bedroom of the Count, leading Elvino to believe that she has been unfaithful. The scariest part in this opera comes when the sleepwalking Amina crosses a dangerous bridge, but a happy ending sees her being taken up in her lover’s arms when she safely reaches the other side and wakes up.

This concert production from Victorian Opera comes to us all the way from Australia.

Ghost rating: 2/10. She’s not an actual ghost, but her actions while sleepwalking create many unintended, and some scary, consequences.

3. Hanna and Jadwiga from Straszny Dwor (The Haunted Manor; Moniuszko) 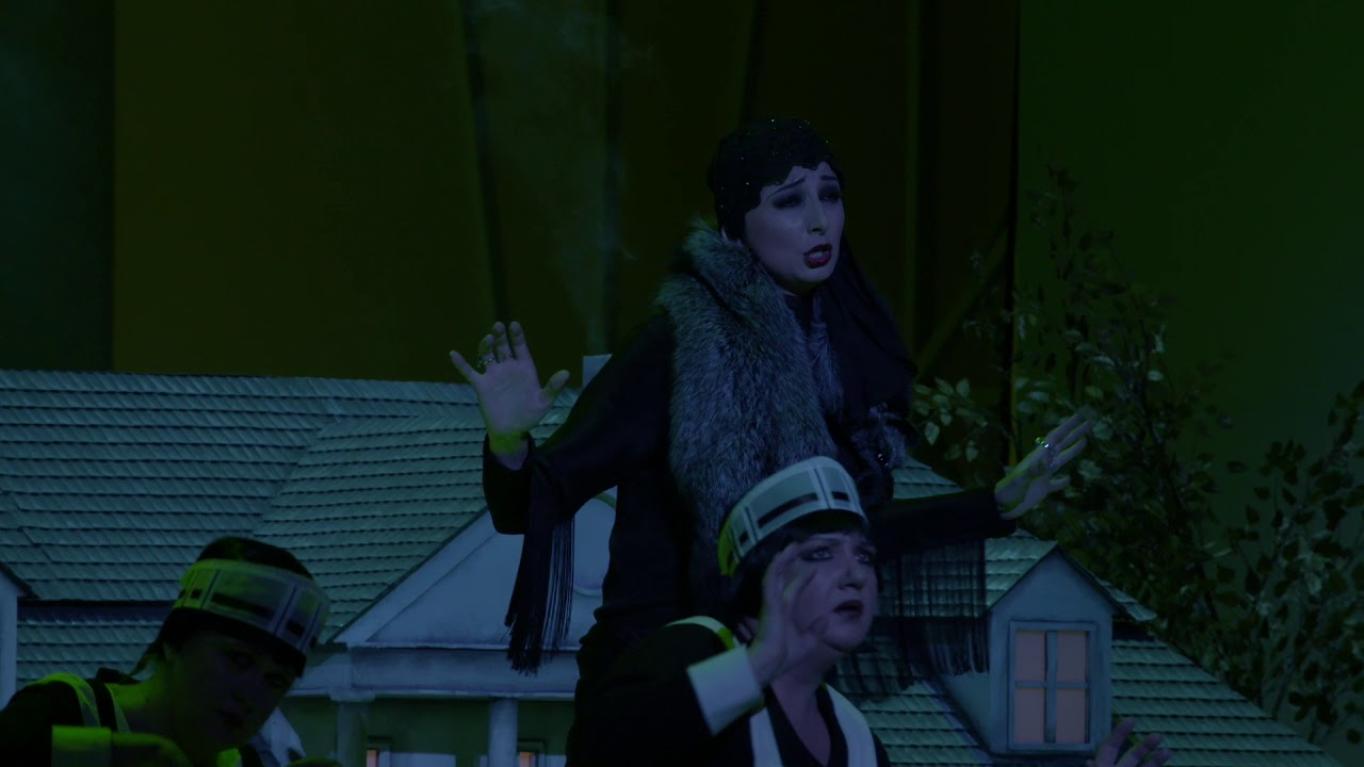 A grand manor house in Poland is haunted, only not in the usual way. Here live two ghosts: the sisters Hanna and Jadwiga. These are the kind and beautiful daughters of Miecznik, the sword bearer. The young soldiers Stefan and Zbigniew, along with their servant Maciej, have recently returned from fighting in the war. Their aunt, Cześnikowa, would like nothing better than to see them marry the two young ladies she has selected for them, but she knows that the lovely Hanna and Jadwiga will be too much of a threat to that plan. Cześnikowa starts a rumour that the manor is haunted, a rumour reinforced by local legend. She also goes to visit the manor and warns Miecznik and his daughters about the two young soldiers, calling them cowards and discouraging any idea of affection. The sisters reinforce the tale of the haunted manor by testing the brothers, hiding behind portraits to play tricks. Strange sounds are heard throughout the manor in the night, and the hunter Skoluba reinforces fears by telling Maciej that these paintings have magical properties. The sisters become the leads in the ghost story told about them, but all ends well with a double wedding, despite Cześnikowa’s schemes.

Ghost rating: 4/10. Though Hanna and Jadwiga are not literal ghosts, they live in a manor house where strange noises are heard and strange things are seen. One could forgive Maciej, Stefan and Zbigniew for being just a little bit scared.

4. Charlotte and her Audience from Autumn Sonata (Fagerlund) 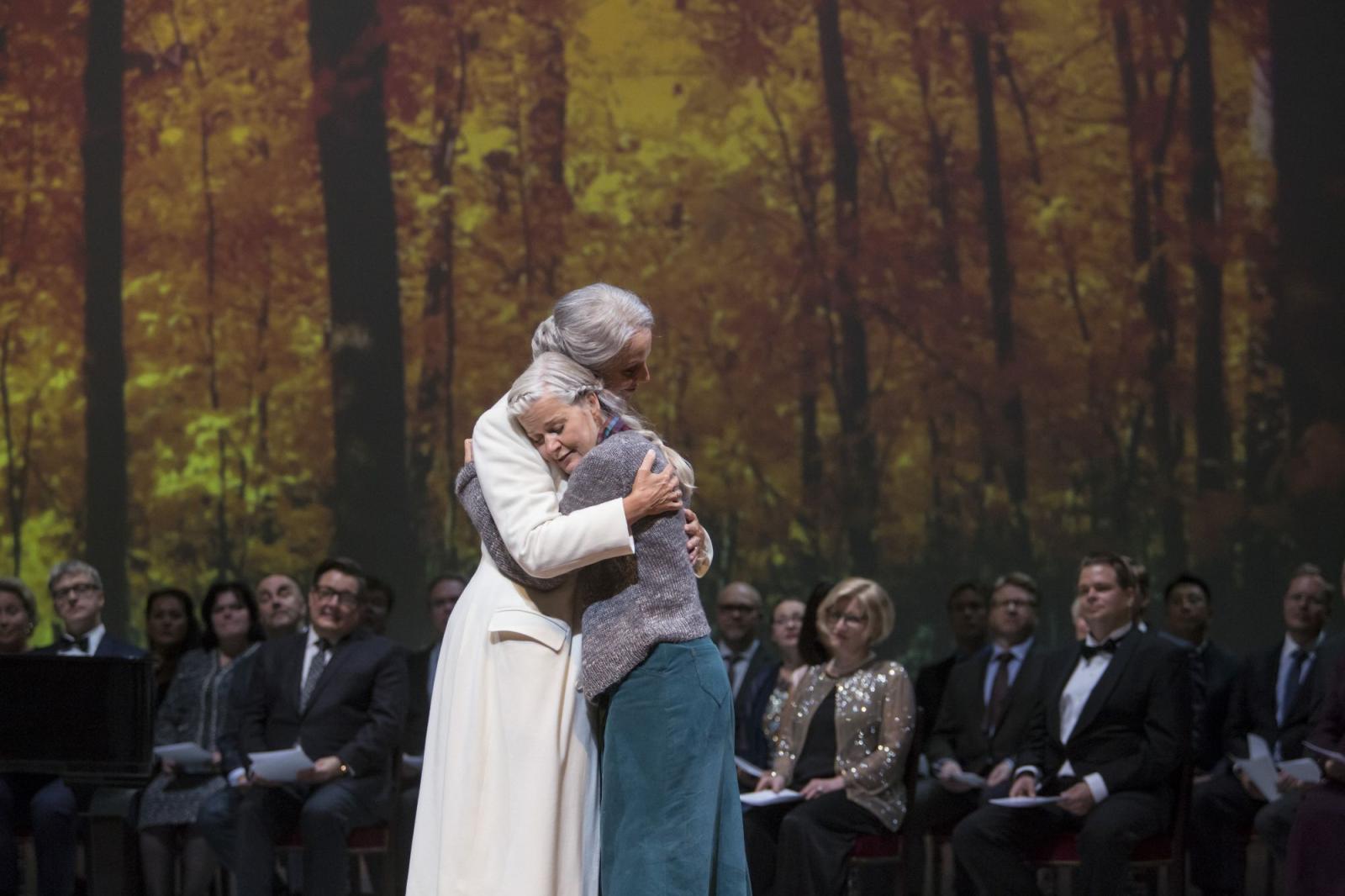 This opera, on a libretto by Gunilla Hemming and with music composed by Sebastian Fagerlund, is based on the Ingmar Bergman film of the same title. Concert pianist Charlotte visits the parsonage where her daughter Eva lives with her husband, Viktor. The last few years have been spent touring, so Charlotte has not seen either Eva or her other daughter, Helena, in years. Helena has a disability and does not speak. Eva and her husband lost their young son in a drowning accident. Helena frustrates Charlotte, who imagines an adoring audience for herself, a sort of Greek Chorus that backs and applauds her every decision. Visiting her daughters is proving too stressful for Charlotte. She will leave early, she decides, and the adoring audience approves.

Ghost rating: 7/10. Not only has Charlotte imagined a chorus of ghosts for herself; they follow her everywhere. She herself has been a ghost to her daughters, absent when she was most needed. She continues to act as a ghost to them, disappearing swiftly from their lives once more as the opera comes to a close. 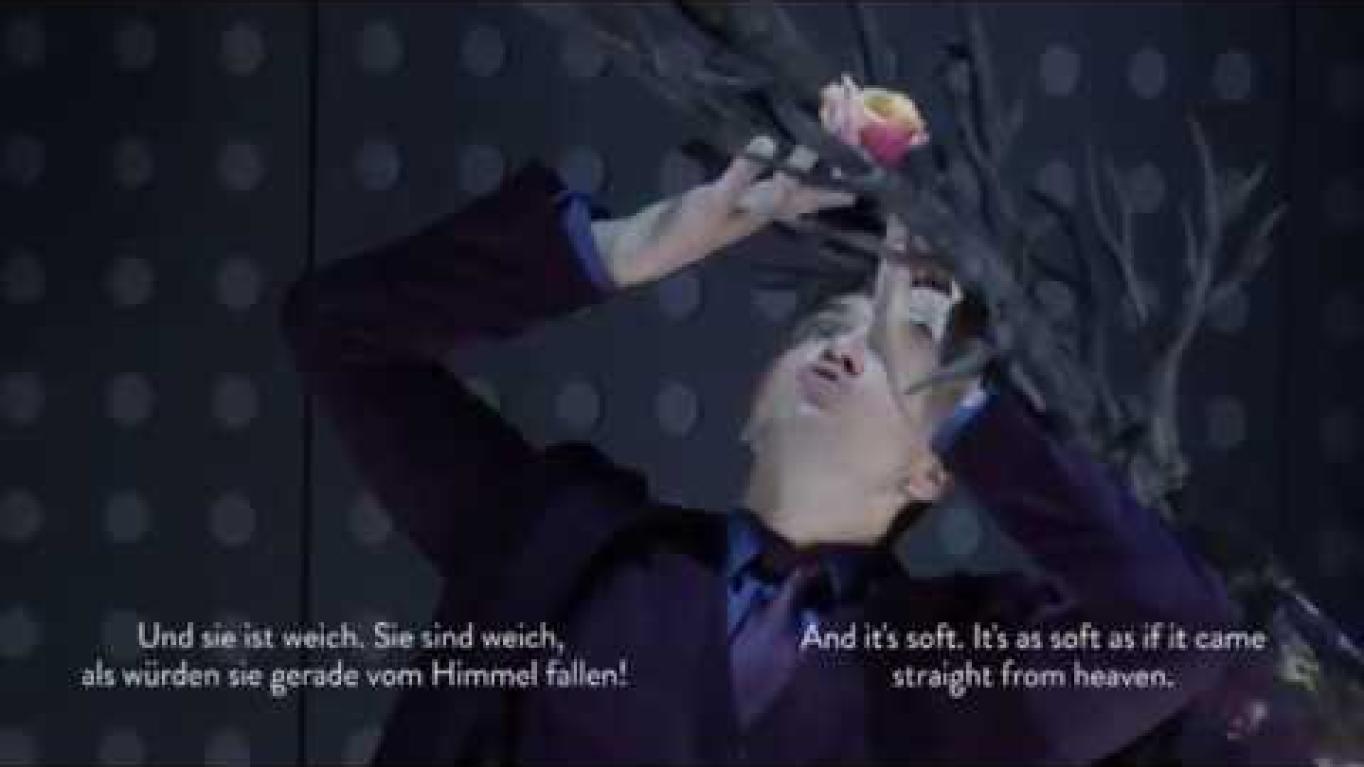 Prince Golaud finds the weeping Mélisande by a spring in the woods. She claims to have lost her crown. But who is she? No one knows. Yet she goes with Golaud, and very soon thereafter, they are married. But there will be no happy ending: soon, Mélisande begins a love affair with her husband’s younger brother Pelléas. Passion, jealousy, and rage course through this love triangle, with devastating consequences for everyone involved.

This production from Komische Oper Berlin was streamed live on OperaVision on 15 October.

Ghost rating: 10/10. We are never quite sure who Mélisande is. She has no known history, no past, and no future. Her tragic death at the end only underscores the terror that courses through Maeterlinck’s play, upon which Debussy composed such evocative and atmospheric music. She is a spectre: she passes through only briefly, but in that time, everyone’s world falls apart.