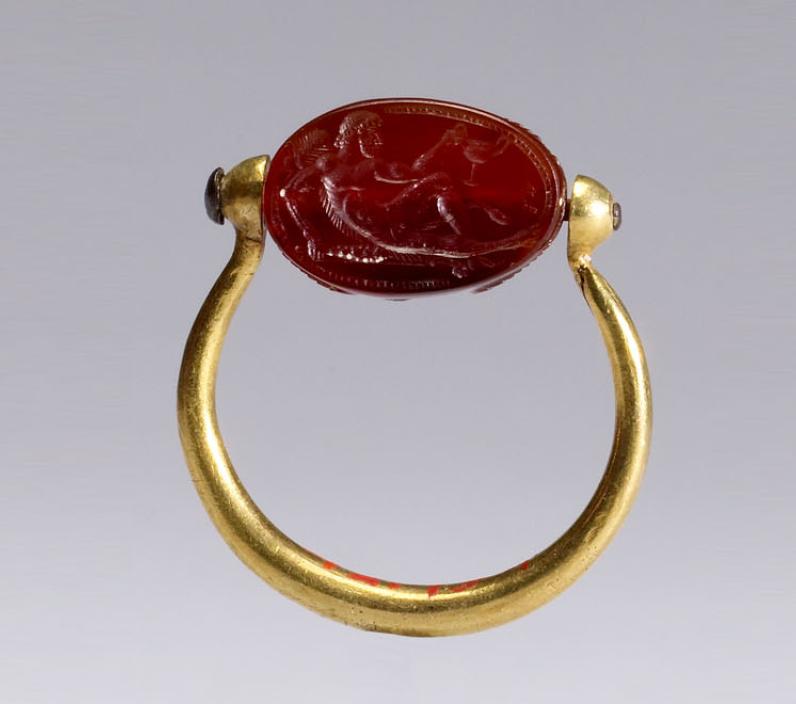 Small dictionary of operatic devices: R is for RING

A ring seals a contract; it indicates the perpetuity of an intention. Kings and popes wear rings to indicate their authority.

In Wagner’s Ring cycle, the ring bestows the owner supernatural powers. Alberich forges it from the gold of the Rhine, but not before giving up on love.  He pledges to conquer the world with it. He further adds a curse on it once Wotan steals it from him.  A ring has no beginning and no end; it will come around, from Wotan to Siegfried to Brünnhilde back to the Rhine, not without having caused havoc, destruction and the ultimate demise of the gods.

A ring represents fidelity, and as such is a treasure which needs to be carefully protected.

In Debussy’s Pelléas and Mélisande, Mélisande loses (throws?) her wedding ring inside a well.  Pelléas tries to comfort her: il ne faut pas s’inquiéter ainsi pour une bague (‘don’t worry so much about the ring’), but at the same time her husband Golaud falls from the horse somewhere else in the forest. When Golaud discovers about the loss of the ring, he is overcome with grief. He sings:  J'aimerais mieux avoir perdu tout ce que j'ai plutôt que d'avoir perdu cette bague (‘I’d rather have lost everything than have lost that ring’). It is clear that he associates the loss of the ring with the break of the marital vows.

Seldom is a ring purchased: it is most often given as a token of love, loyalty or affection.

Count Almaviva from Mozart’s Le nozze di Figaro offers a jewelled ring to his wife’s maid Susanna as a token of his unfaithful love. At least he thinks to have given it to Susanna, since it is his wife the Countess who is posing as Susanna.  He will ultimately find out about the ruse. Ashamed and remorseful, he kneels and pleads for forgiveness himself: Contessa perdono – ‘Countess please forgive’. The Countess’s forgiveness brings the opera to a happy ending.