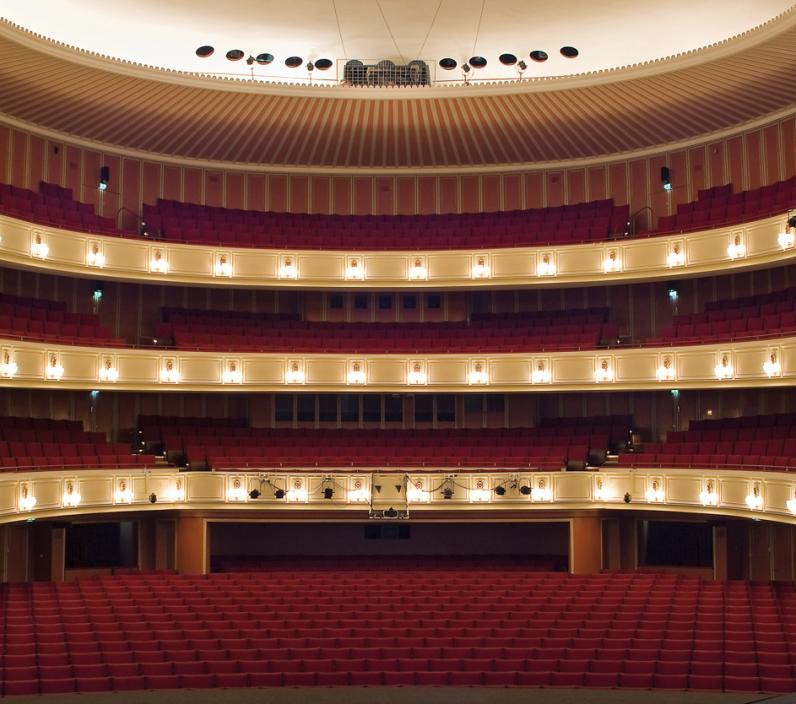 Seen poetically, it is the Rhine which links Opernhaus Düsseldorf with Theater Duisburg. In practical terms it is a fleet of buses, transporters and semitrailers, plying between the two locations of the Deutsche Oper am Rhein and bringing artists, costumes and scenery to where the next rehearsal or performance takes place. Since its opening in 1956, the opera company Deutsche Oper am Rhein has worked in theatrical union. Compatible dimensions permit giving opera and ballet performances both in the Opernhaus Düsseldorf (1250 seats) and in the Theater Duisburg (1064 seats).

Generalintendant Christoph Meyer took over the combined administration of the two-city double company at the beginning of the 2009/10 season. The General Director of Music is Axel Kober. With one of the world’s biggest rosters of singers on company contract, a chorus and two orchestras – The Düsseldorf Symphonic and the Duisburg Philharmonic – the Deutsche Oper am Rhein organisation puts on more than three hundred performances a year. The Ballett am Rhein, the largest ballet company in the North Rhine/Westphalia region, is since season 2020/21 under the direction of the german-argentinian choreographer Demis Volpi.

Behind the scenes of Xerxes with Dirk Busse