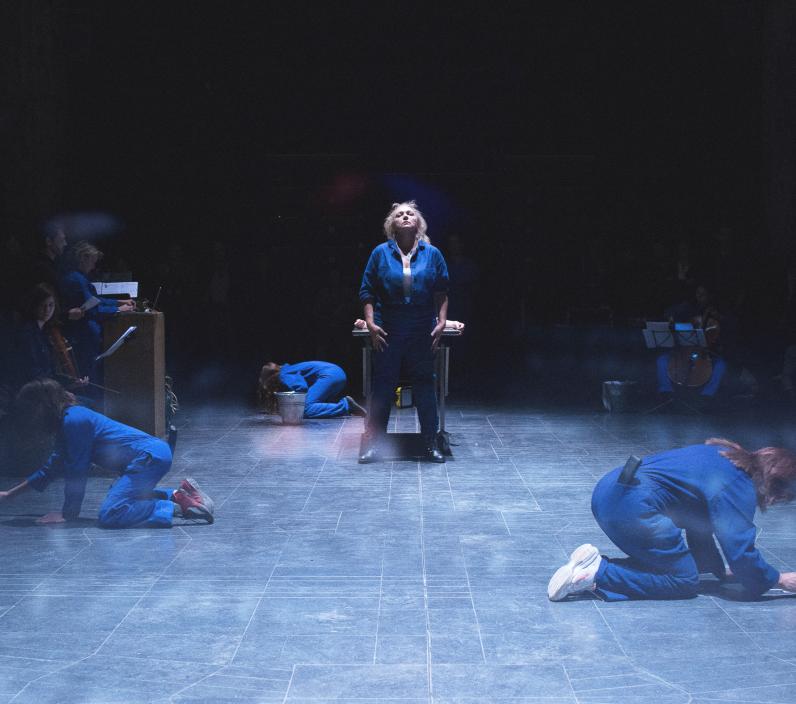 Unknown, I Live With You – Promoting Afghan voices

Before images of Afghanistan filled our screens this summer, the opera director Krystian Lada was already preoccupied with the voice of female Afghan artists. His 2018 opera installation Unknown, I Live With You foreshadowed the global public commitment to empower Afghan artistry. What felt like science fiction to many who saw his experimental performance turned out to be his subjective take on reality.

Opera Europa believes that music is a universal language, understood by all peoples, able to speak to everyone's heart, expressing and giving voice to everyone's emotions. On the occasion of World Opera Day on 25 October, it is joined by the European Concert Hall Organisation (ECHO) to invite all performing arts venue to commit to support the visibility of Afghan music and musicians through its Afghanistan Charter.

Inspired by the raw force of the poetry written by Afghan women under the Taliban regime, Krystian Lada conceived an installation merging opera’s emotional potency with socially engaged art. He rallied opera singers, a dancer, a string quartet and live electronica on stage in a unique immersive format that became Unknown, I Live With You.

The performance spotlights the poignant poems of contemporary Afghan writers known as Roya, Meena Z., Fattemah AH and Freshta. As participants of the Afghan Women’s Writing Project, they dared to defy rules and voice their own narratives. In Taliban-ruled Afghanistan writing and any form of artistic expression was outlawed. Hence, most writers participated in the clandestine creative writing workshops anonymously. This secrecy allows a rare glimpse into their unfiltered reality – free from their fathers, brothers or husbands’ control. The result is unpolished, daring and often harrowing. Despite the particularly oppressive political circumstances, their writings convey a universal story – that of female voices struggling for freedom in a patriarchal society. 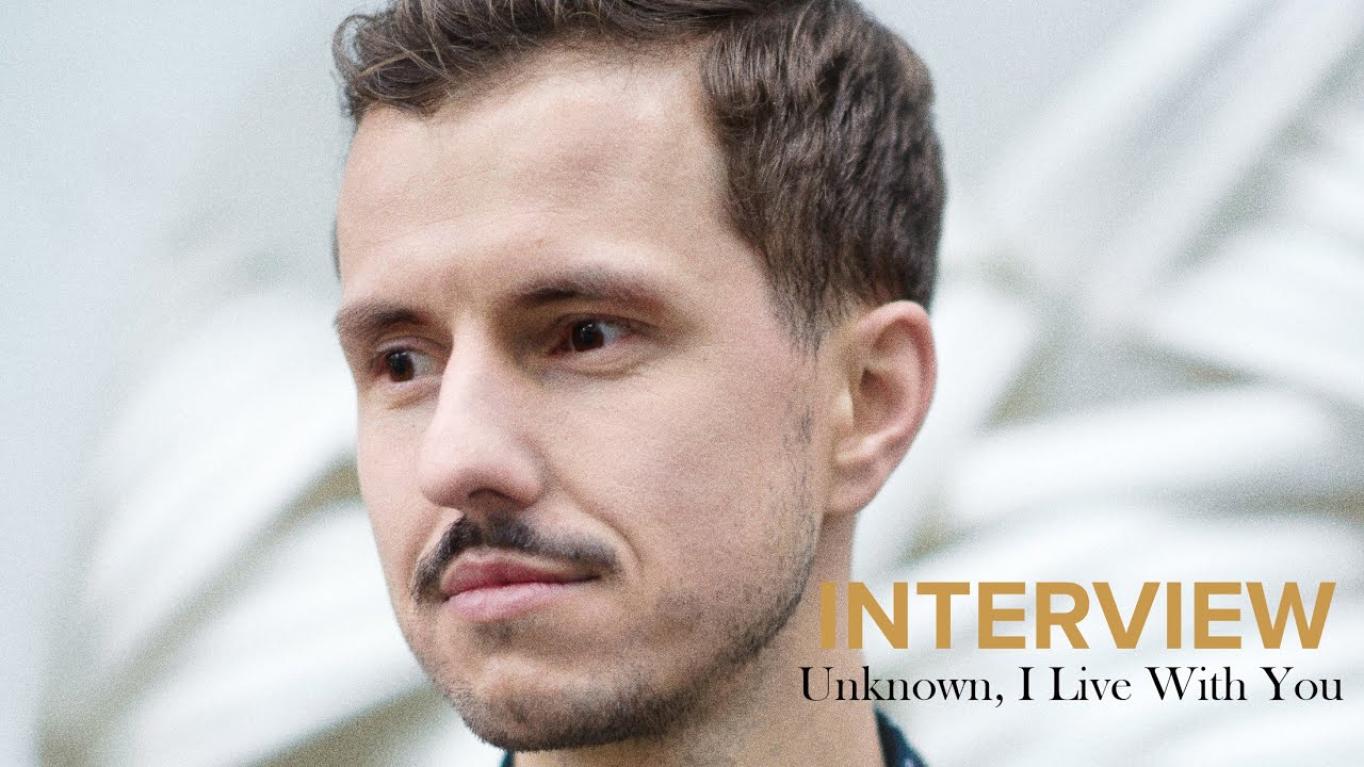 Unknown, I Live With You draws its striking force from the unexpected confrontation of these simple, poignant texts of protest with Western avant-garde music. The Polish composer Katarzyna Glowicka has written a beguiling score for these poems. Interlacing operatic voice with live electronics, Glowicka juxtaposes formal minimalism with emotion-packed folk-inspired melodies. The composition is structured in the form of a triptych preceded by a prologue. Respectively heading one part of the triptych, the Polish mezzo Malgorzata Walewska, the American mezzo Raehann Bryce-Davis and the American transgender baritone Lucia Lucas each embody a different female (arche-)type and present a different vocal range.

Premiered and filmed in Brussels, in the singular space of Les Brigittines, a former Baroque chapel turned performing arts space, the installation invites the audience to freely move through the set and share the space with the performers. By dismantling the convention of frontal staging, the performance also urges to leave behind the categories of ‘us’ – the audience, the West – and ‘them’ – the performers, Afghan women. 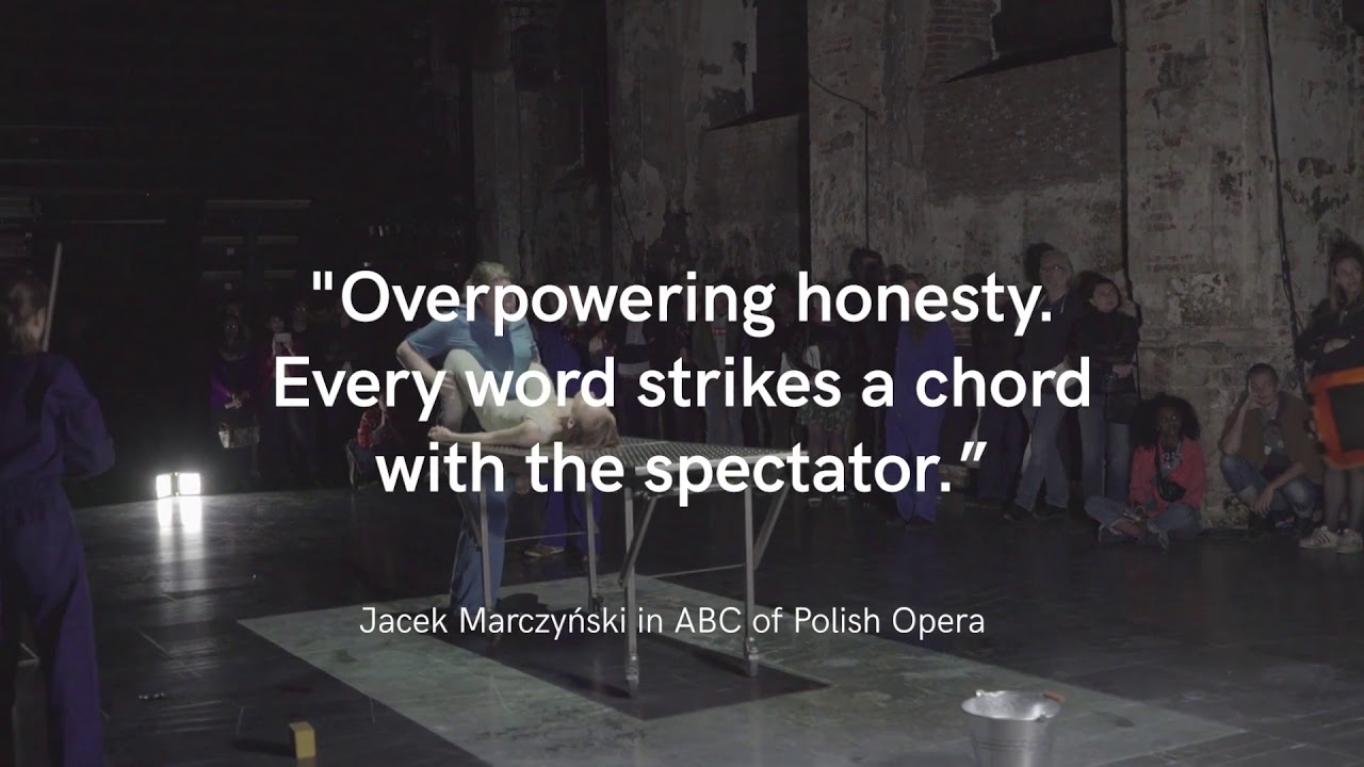 As such, the installation raises complex questions around the ethical principle of ‘giving a voice to the voiceless’. The performance inevitably illustrates the power imbalance when Western artists draw attention to the struggle faced by Afghan women. Nonetheless, by putting these women’s own words to music, Unknown, I Live With You demonstrates that their voice exists, regardless of our awareness of them. Shifting the focus away from the apparent lack of voice to a dearth of listeners is in itself an important political statement.

Produced by The Airport Society
Co-production: Nuit Blanche (Brussels), Les Brigittines (Brussels)
In collaboration with Polish Institute – Cultural Service of the Embassy of the Republic of Poland in Brussels