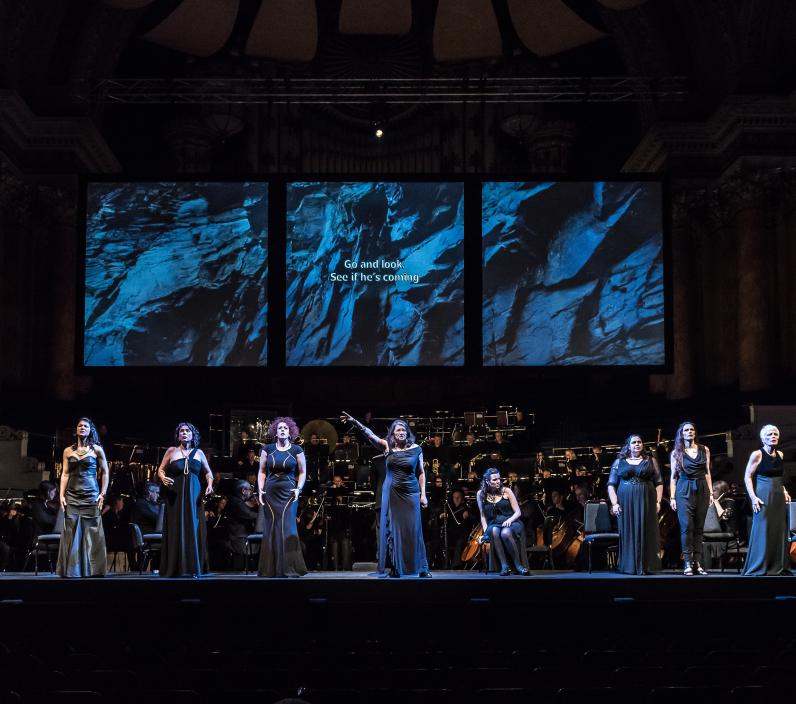 Wagner and his Ring

Wagner’s Ring of the Nibelung (Der Ring des Nibelungen) remains the most ambitious and monumental achievement in the history of opera.

The composer took 25 years to bring it to life, and designed a purpose-built theatre in the Franconian town of Bayreuth in order to realise it.

Wagner in 1856
‘Instead of conceiving a phase in the development of the world, I had conceived the essence of the world itself and recognised its nothingness.’

Wagner’s model was the three-part festival dramas of ancient Greece, which had brought together a whole community for a cathartic experience and its resolution. The structure of the Ring follows that of the Oresteia of Aeschylus. Its story derives from Norse mythology, but its treatment belongs with the social revolution and philosophy of the mid-19th century.

How did a largely self-taught musician come to write such a sophisticated 15-hour opera?

Richard Wagner was born in Leipzig in 1813.  He did not know his father.  His musical studies were ill-disciplined.  He learned his craft as a composer by copying others.  His first opera Die Feen (1833/4) is indebted to the romantic styles of Weber and Marschner.  His second Das Liebesverbot (1834/6), loosely based on Shakespeare’s Measure for Measure transplanted from Vienna to Palermo, carries echoes of the Sicilian Bellini.  His grand opera Rienzi, the last of the Roman tribunes, (1838/40) adapts the model of Meyerbeer, who was to become his arch-rival.

None of these early operas established itself in the repertory.  To make a living, Wagner worked as a musical director in provincial theatres: in Magdeburg, Königsberg and Riga.  He married an actress, Minna Planer, but was restless and ran up debts.  To escape the latter, he fled Riga.  During the sea voyage towards England, his ship was caught in a storm off the Norwegian coast, which provided the inspiration for his first truly original opera.

Like most of Wagner’s subsequent works, Der fliegende Holländer (1841/3) has an autobiographical aspect.  Its hero is an outsider, condemned to roam the seas until redeemed by the sacrifice of a woman.  Its elemental power is enhanced by being designed to play in a single two-and-a-quarter hour stretch.

Lohengrin arrives from another mythical world, an alien who is adopted as saviour of political conflicts, but whose refusal to reveal his identity leads to his downfall.  By the time of the premiere (1850), Wagner was in exile, a political refugee after his involvement in the failed Dresden uprising of 1848.

The long gestation period of the Ring had begun.  Wagner started by writing the text of Siegfried’s Death and worked backwards to the origins of the world.  His experience of radical politics, his voracious reading of history and literature and philosophy, needed to be matched by evolving a new, more symphonic musical language.  It involved modulation of leading motives and an interlocked structure of harmonic change to create ‘endless melody’.

Wagner
‘Composing is the art of transition’.

Das Rheingold is the ‘preliminary evening’ of the cycle and Die Walküre the ‘first day’.  Both were premiered at the Munich Court Theatre, under the patronage of the young king Ludwig II of Bavaria.  But Wagner demanded a new theatre to complete the cycle with Siegfried and Götterdämmerung (Twilight of the Gods as Siegfried’s Death had become).  It was modelled on a Greek amphitheatre, with a roof and walls added against the elements, and an invisible, covered orchestra pit. 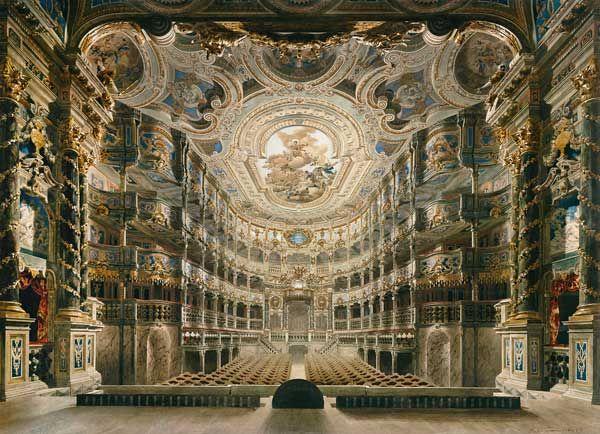 Wagner wanted tickets for the inaugural Bayreuth Festival in 1876 to be free to the public.

The Nibelung of the title is Alberich, inhabitant of the lower earth, whose theft of the gold from the daughters of the Rhine sets the action in motion.  His counterpart from the upper world is Wotan, the chief god whose rule is founded on treaties engraved on his spear made from the primeval ash tree.  As the cycle progresses, their place is taken by the newly empowered human race, whose loves and rivalries lead to conflicts which destroy the old order.

Wagner interrupted work on the Ring two-thirds of the way through Siegfried, because he needed once again to transform and enrich his musical language before completing the cycle.  His therapy was to write two contrasting works, with which he revolutionised the ways in which the world looks at opera.

Tristan und Isolde (1865) has proved the single most influential score in musical history.  It pushes at the borders of tonality and heralds the experiments of the 20th century.  The love story at its heart likewise reaches beyond convention in its exploration of illicit passion.

Wagner to Liszt
‘Since I have never enjoyed in life the true happiness of love, I shall erect a monument to this most beautiful of all dreams, in which from beginning to end this love shall for once be completely fulfilled’.

Die Meistersinger von Nürnberg (1868) is a site-specific comedy, almost a Greek ‘satyr play’ after the Ring tetralogy.  It concludes with a scene of communal healing, but only after a turbulent street brawl, and its central character Hans Sachs’s ‘dark night of the soul’ as he contemplates the folly of mankind.

If Meistersinger humanises the philosophy of the Ring, Wagner’s final opera Parsifal (1882) offers a sequel which transcends it.  It depicts a society fallen into decay, which can only be reborn after long struggle and compassionate suffering.

The genius of Wagner’s musical dramas, of which the Ring is the central statement, is that they encompass the extremes of human behaviour and dare to explore the most destructive as well as the most aspirational elements in society.