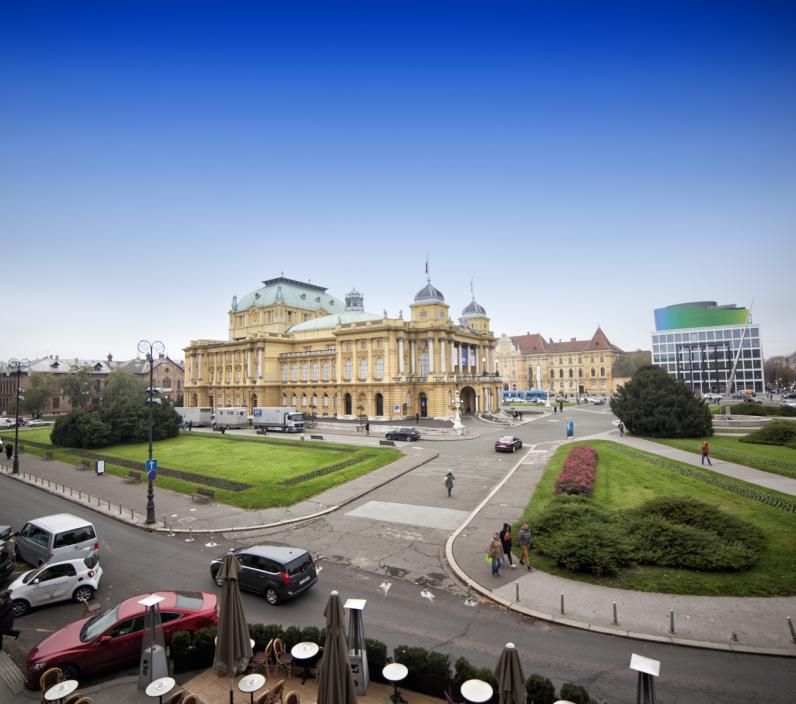 From the world opening night of the first Croatian national opera Love and Malice composed by Vatroslav Lisinski in 1846 that was created amid the fight for national awareness, until the establishment of the first institutional Opera in 1870, as one of the first in this part of Europe, the music and stage life in Zagreb continuously evolved. The Opera was preceded by a rich tradition of international guest appearances of opera and operetta performances that were put on the repertoire of the Croatian National Theatre in Zagreb that was founded ten years before. The founder and the first director of the Opera was composer Ivan noble Zajc who, within twenty years, presented great international and Croatian interpreters of classical and modern opera literature to the local audience.  Already at the beginning of the 20th century, the Zagreb Opera became a permanent theatre institution which was praised both locally and internationally.

The Opera of the Croatian National Theatre in Zagreb is the most significant theatre institution in the country that in various rhythm and volume from the very beginning of its operation until today presents a diverse repertoire of the highest artistic achievements. As a respectable ensemble that has been growing for decades on strong opera soloists and conductors, the Opera has appeared and is giving visiting performances on many international stages and in return, numerous international singers and conductors continuously appear in its productions.

Introduction to The Medium

Behind the scenes of Ero the Joker (II)

Behind the scenes of Ero the Joker (I)