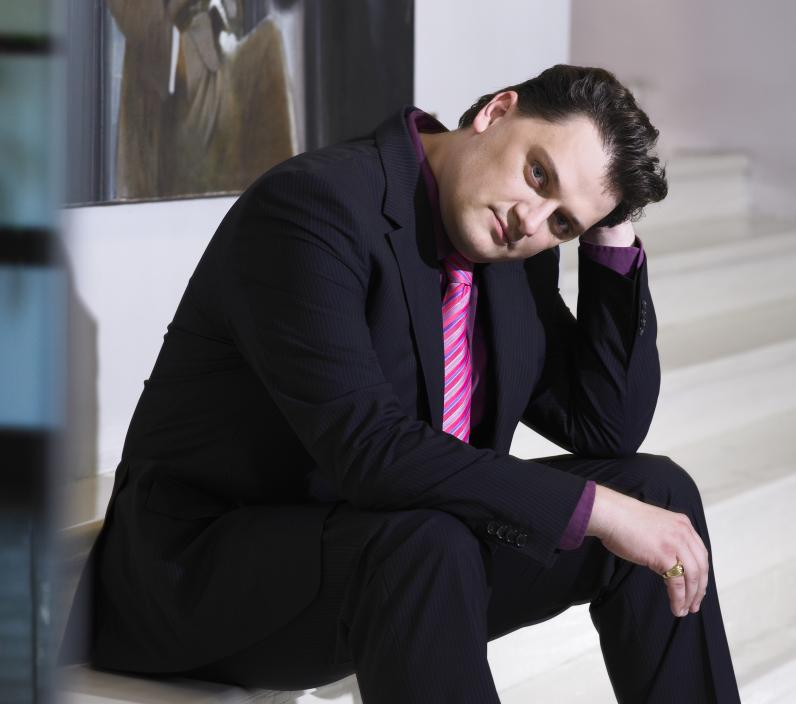 In the first live concert after the lockdown in Latvia, internationally renowned tenor Aleksandrs Antonenko delighted audiences in Riga Castle with a wide ranging programme including work by leading national composers.

The title of the concert cycle says it all: ‘Together’ stands for the value of the arts for society and emphasises the importance of cooperation between the various cultural and economic sectors having suffered during the coronavirus pandemic. The recital was fittingly dedicated to the medical staff for their fight against Covid-19.

Copyright
Svētku laiks
Behind the scenes

For the the very first live concert after the lockdown in Latvia, which symbolically took place in Riga Castle, tenor Aleksandrs Antonenko and pianist Reinis Zariņš have put together a unique programme combining major Latvian composers with famous foreign ones.

For the the very first live concert after the lockdown in Latvia, which symbolically took place in Riga Castle, tenor Aleksandrs Antonenko and pianist Reinis Zariņš have put together a unique programme combining major Latvian composers with famous foreign ones.

The first part of their recital featured a Latvian repertoire of solo songs. Latvian composers Emīls Dārziņš, Jānis Mediņš, Jānis Kalniņš and Alfrēds Kalniņš represent a particularly important historical stage in the flourishing and development of Latvian original music leading up to the country’s independence in 1918. The directness of feelings - love, patriotism, light, lyricism - create a national-romantic message in their works and is a vivid testimony to how Latvian original music unfolded.

The second part of the programme was dedicated to opera arias. The duo resumed with Antiņš’s aria, one of the most popular songs in Latvian opera music of all time. Taken from Arvīds Žilinskis The Golden Horse, based on a play by Latvian poet Rainis, it is also inspired by Latvian folk tales and the summer solstice tradition so important to Latvians. The opera itself was performed for the first time in 1965, during the Soviet occupation, experienced 200 performances and was in the repertoire of the Latvian National Opera for 20 years.

The evening ended with an Italian repertoire that Antonenko has sung on the world’s great opera stages as well as Franz Lehár’s Prince’s aria 'You are my heart's delight' from the operetta The Land of Smiles.

Aleksandrs Antonenko has developed a huge international career as a brilliant Spinto tenor. Performances are soon bringing him to the Semperoper Dresden, the Deutsche Oper in Berlin, Monte Carlo, Stockholm and Baden-Baden. In 2008, he made his debut at the Salzburg Festival in the title role of Otello conducted by Riccardo Muti. A year later followed his debut at the New York Metropolitan Opera House as the Prince in Rusalka.

Since then, he practically sings on all the important stages – as Cavaradossi (Tosca) at the Milan La Scala and a new production of Cavalleria Rusticana and Pagliacci at the Royal Opera House Covent Garden, where he sang Turiddu as well as Canio. Most recent engagements include Radames (Aida) at the Zurich Opera House, Manrico (Il trovatore) at the Berliner Staatsoper, Hermann (Pique Dame), Otello and Cavaradossi (Tosca) at the Wiener Staatsoper, a premiere of Aida in Rome as well as a new productions of Turandot as Calaf at the Milan Scala and Otello at the New York Met.

Concert pianist Reinis Zariņš is a master of deeply thorough interpretations, a brilliant soloist and a skilled chamber musician, as well as an author of conceptual interdisciplinary projects. At the end of 2020, solo concerts are planned at the festival ‘Arena’, Autumn Chamber Music Festival, concert hall ‘Latvija’, as well as performances with the Trio Palladio. Since his concerto debut at the age of ten, Latvian concert pianist Reinis Zarins has performed as a recitalist, chamber musician and concerto soloist throughout Europe and North America. Equally at home in classical and contemporary repertoire, his passion lies in the creation of programmes and interpretations that explore the deeper reasons and purposes behind music. Reinis Zarins regularly performs in his native Latvia and has won the country’s Grand Music Award three times in the category ‘Outstanding interpretation’ (2011, 2013, 2015).