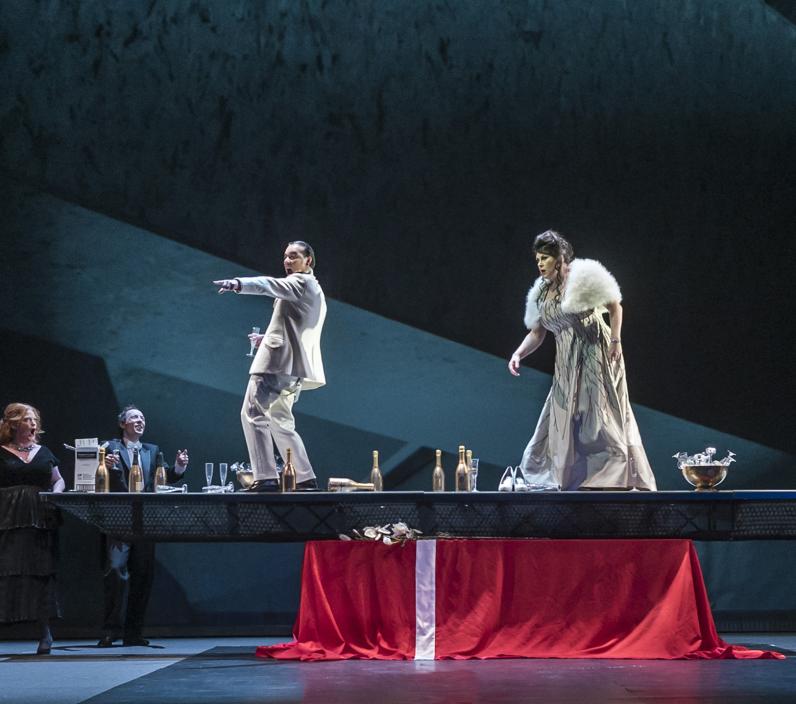 Thomas
This performance is no longer viewable as video-on-demand for rights reasons but other material about the production is still available.

A Danish prince becomes melancholic after the death of his father. But when the late king appears as a ghost and claims that he was murdered, events begin to spiral out of control.

Ambroise Thomas’s adaptation of Shakespeare’s immortal play was one of the most popular grand opéras of its day. Inspired by the rich tradition of film noir, OPERA2DAY’s new production merges opera and film to penetrate deep into Hamlet’s mind, revealing his hidden memories, visions and dreams.

Act II. Hamlet (Quirijn de Lang) has engaged a troupe of actors to perform a play for the royal court. Before the performance begins, he sings a drinking song with them in which he calls for wine and laughter to dispel his sadness. Conducted by Hernán Schvartzman and directed by Serge van Veggel.

Act IV. After Hamlet's rejection, Ophélie (Lucie Chartin) has gone mad with grief. She cuts her wrist and, as she dies, she sings a mournful ballad about water sprites who lure their lovers to their deaths, dragging them underwater until they drown. Conducted by Hernán Schvartzman and directed by Serge van Veggel.

'Our version of Hamlet is a reinvention of the piece,' says Serge van Veggel, Artistic Manager of OPERA2DAY. 'We've tried to focus on the core of the piece, which is the confrontation of Hamlet with all the antagonists around him and his beloved Ophélie.'

King Hamlet of Denmark has passed away and his widow, Gertrude, is remarrying her brother-in-law, Claudius, after only two months. The late king and Gertrude’s son, Prince Hamlet, is upset about his mother’s remarriage and so his love, Ophélie, comforts him. Her brother, Laërte, interrupts them and says that he is being sent to Norway as an envoy. He entrusts Ophélie to take care of the melancholic Hamlet.

Hamlet’s friend, Horatio, and a sentry, Marcellus, tell the isolated prince that they saw the ghost of his father the previous night. As the clock strikes midnight, the ghost also appears to Hamlet, telling him that he was poisoned by Claudius then asking him to take vengeance on his murderous brother but to spare his widow.

Hamlet feigns madness in front of King Claudius and Gertrude while he devises a plan to discover the truth. He decides to engage a troupe of actors to perform a play, The Murder of Gonzago, which tells a story similar to how he imagines the murder of his father was carried out. He is so focused on the play that he gives no attention to Ophélie, who decides that she wants to leave the court but is persuaded by the Queen to stay.

During the performance, Claudius, Gertrude and the rest of the audience see how the poison is administered and how the assassin places the crown on his head. Claudius turns pale and commands the play to stop. Hamlet believes that this proves his guilt and attacks him.

Hamlet wonders why he didn't kill the king when he had the opportunity. Thinking about his father returning as a ghost, he reflects on the mystery of life and death. A second opportunity to kill Claudius arises when the king starts kneeling in prayer, asking his brother to advocate him to the eternal judge. Worried that Claudius' soul may be saved if he is killed while in prayer, Hamlet once again delays his revenge. Overhearing his uncle’s words, he learns that Ophélie’s father was complicit in the murder.

Queen Gertrude tries to persuade Hamlet to marry Ophélie but the prince refuses. He tells Ophélie to instead enter a nunnery, then he tries to force his mother to admit her guilt. As Hamlet threatens her, he sees his father’s ghost, who reminds him that Gertrude must be spared.

After Hamlet's rejection, Ophélie has gone mad with grief. She cuts her wrist and, as she dies, she sings a mournful ballad about water sprites who lure their lovers to their deaths, dragging them underwater until they drown.

Hamlet comes across two gravediggers preparing a new grave, but they do not know who has died. The prince contemplates the grief that he must have put Ophélie through by leaving her, though he does not yet know that she has killed herself. Having returned from Norway, Laërte has learned of his sister's death. He challenges Hamlet to a duel but they are interrupted by Ophélie's funeral procession. The prince finally realises that the newly-dug grave is meant for the woman he loved. In despair, he kills Claudius, before taking his own life. 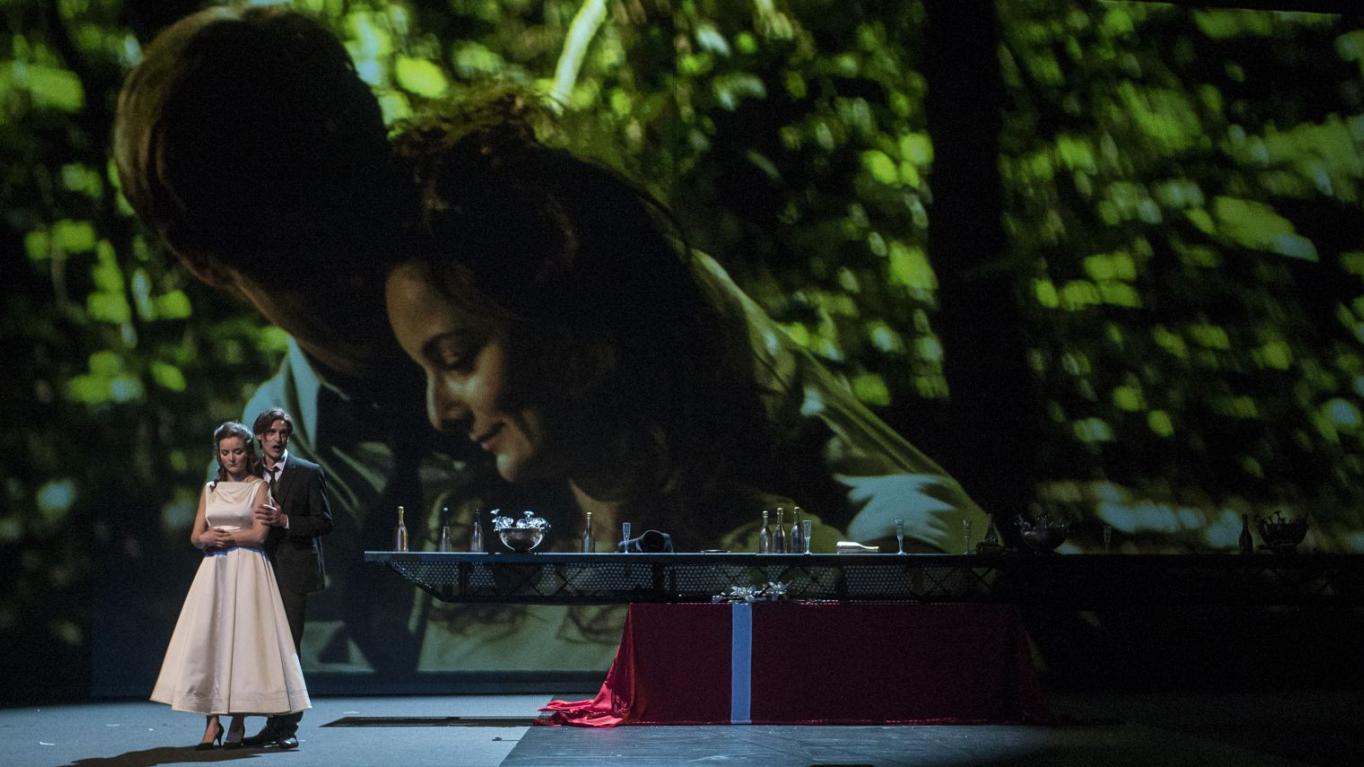 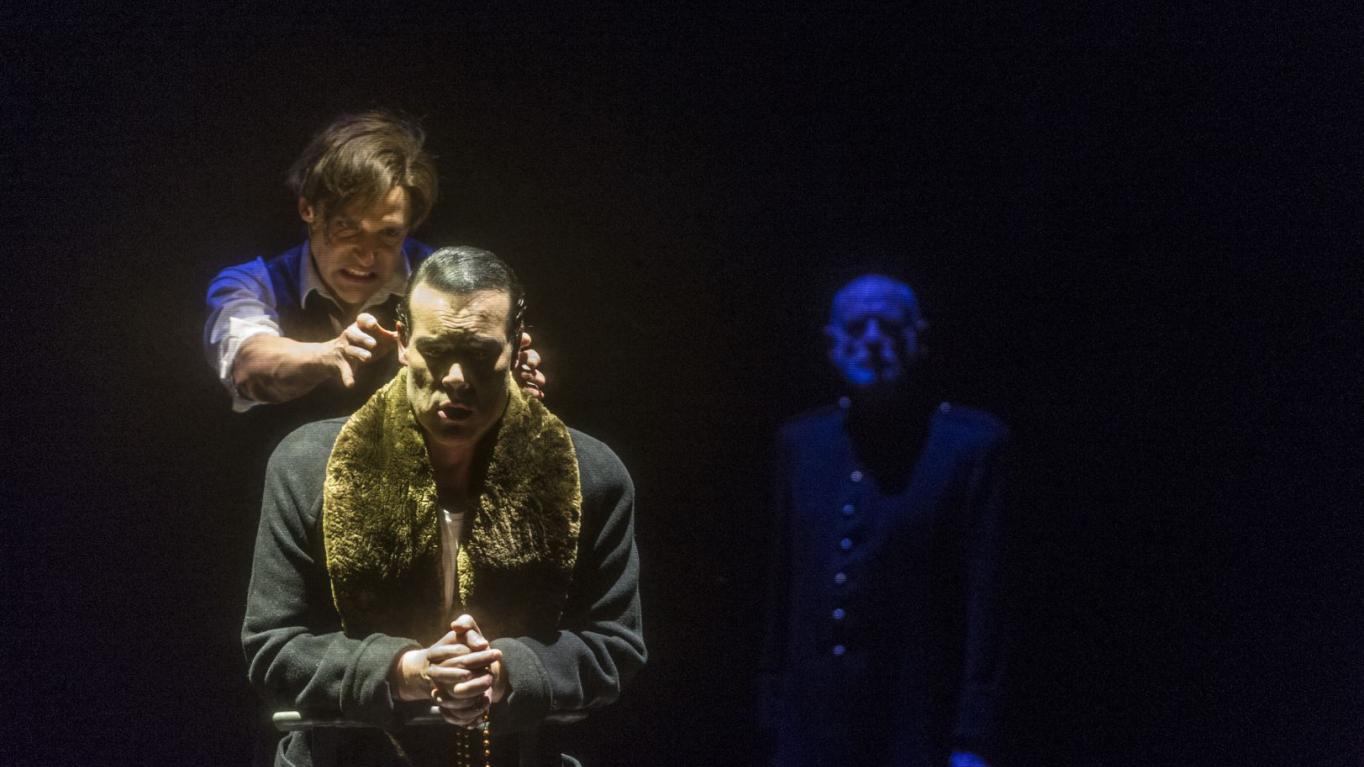 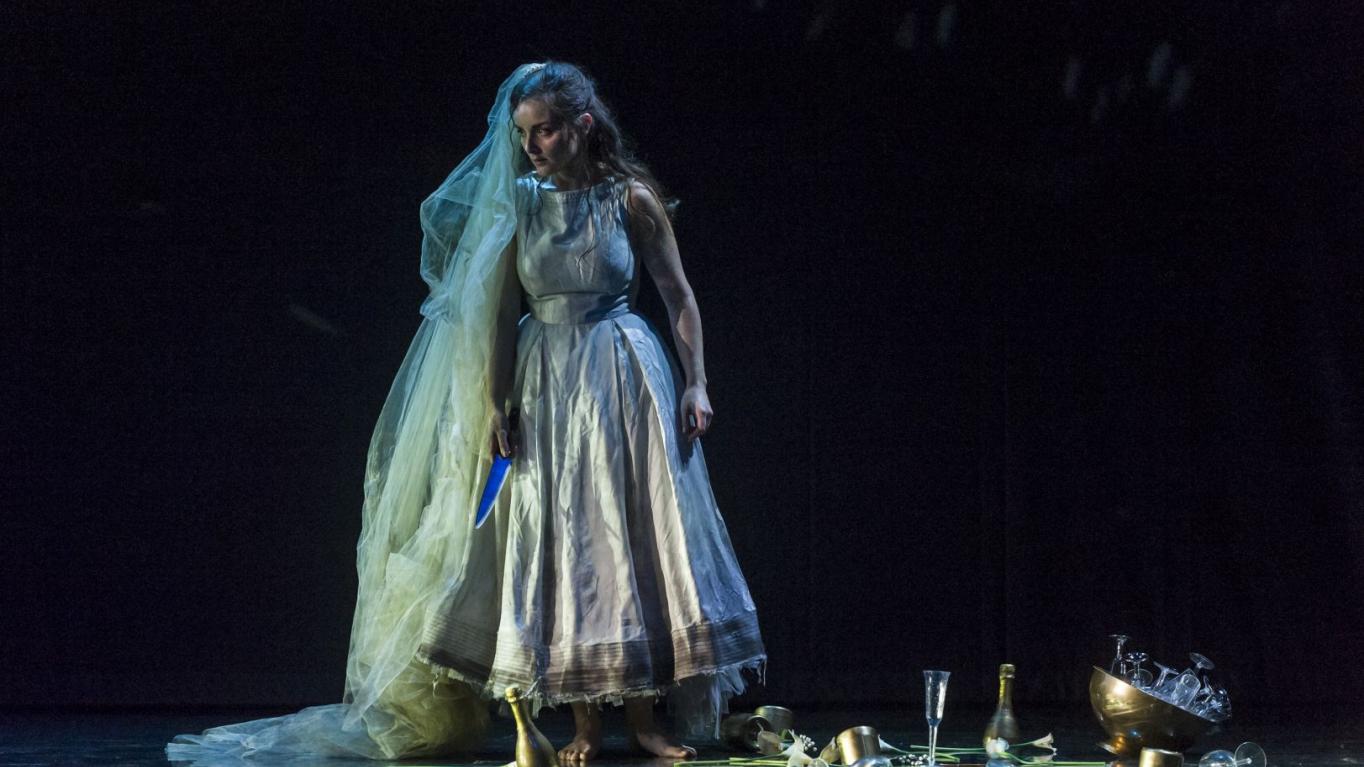 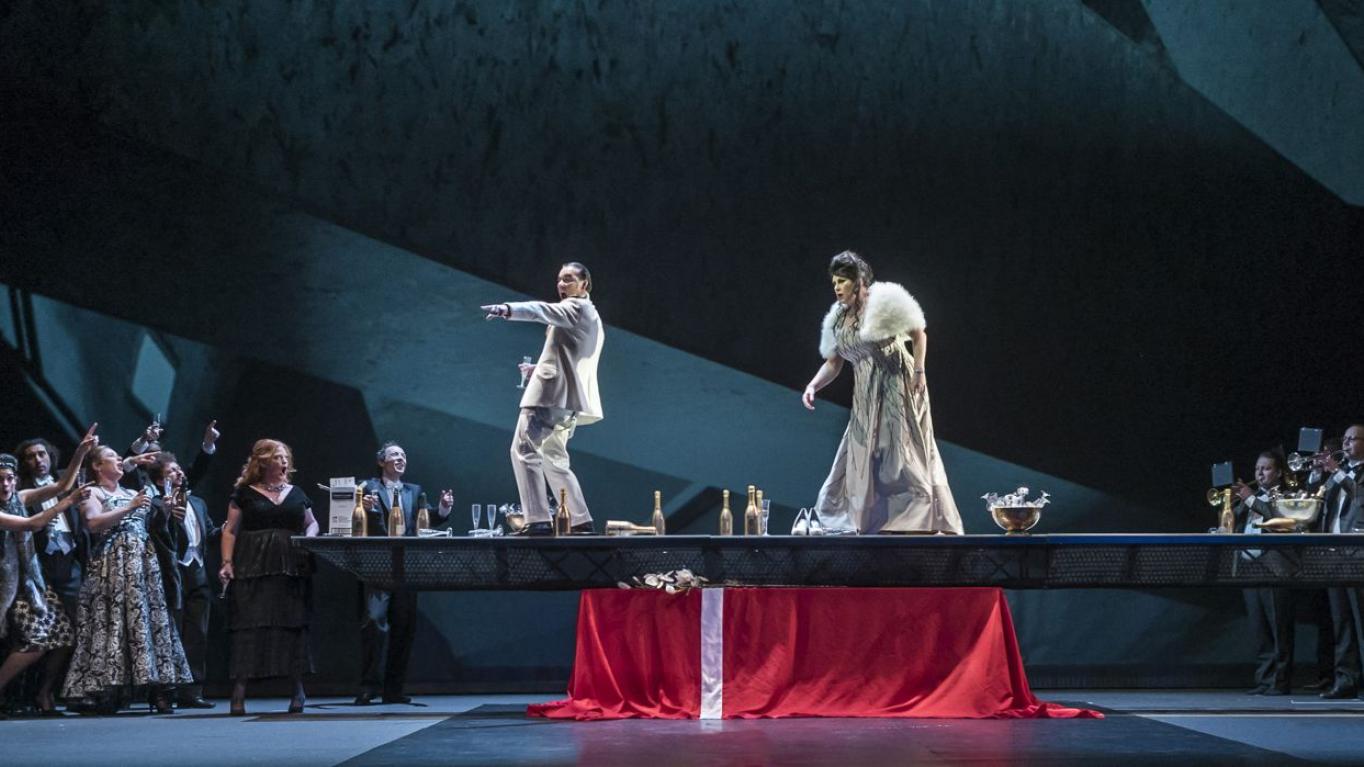 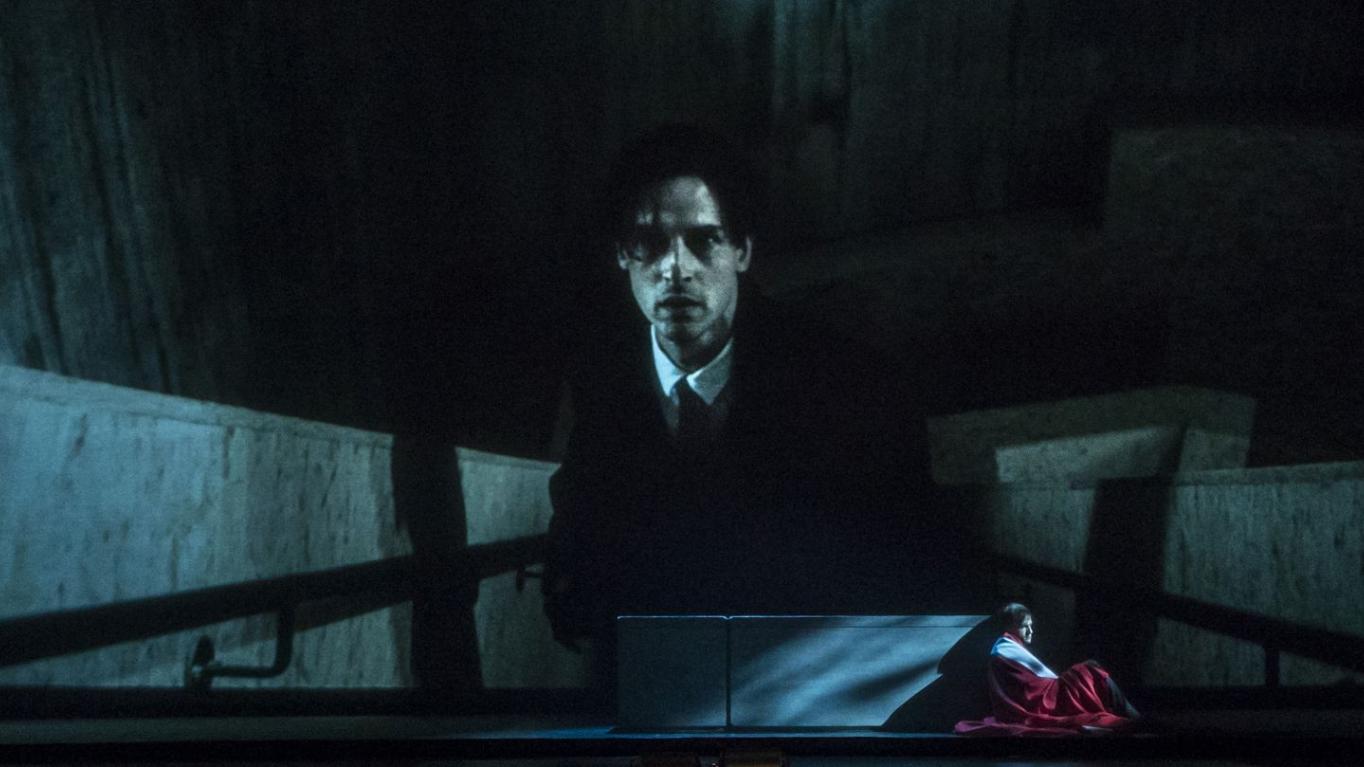 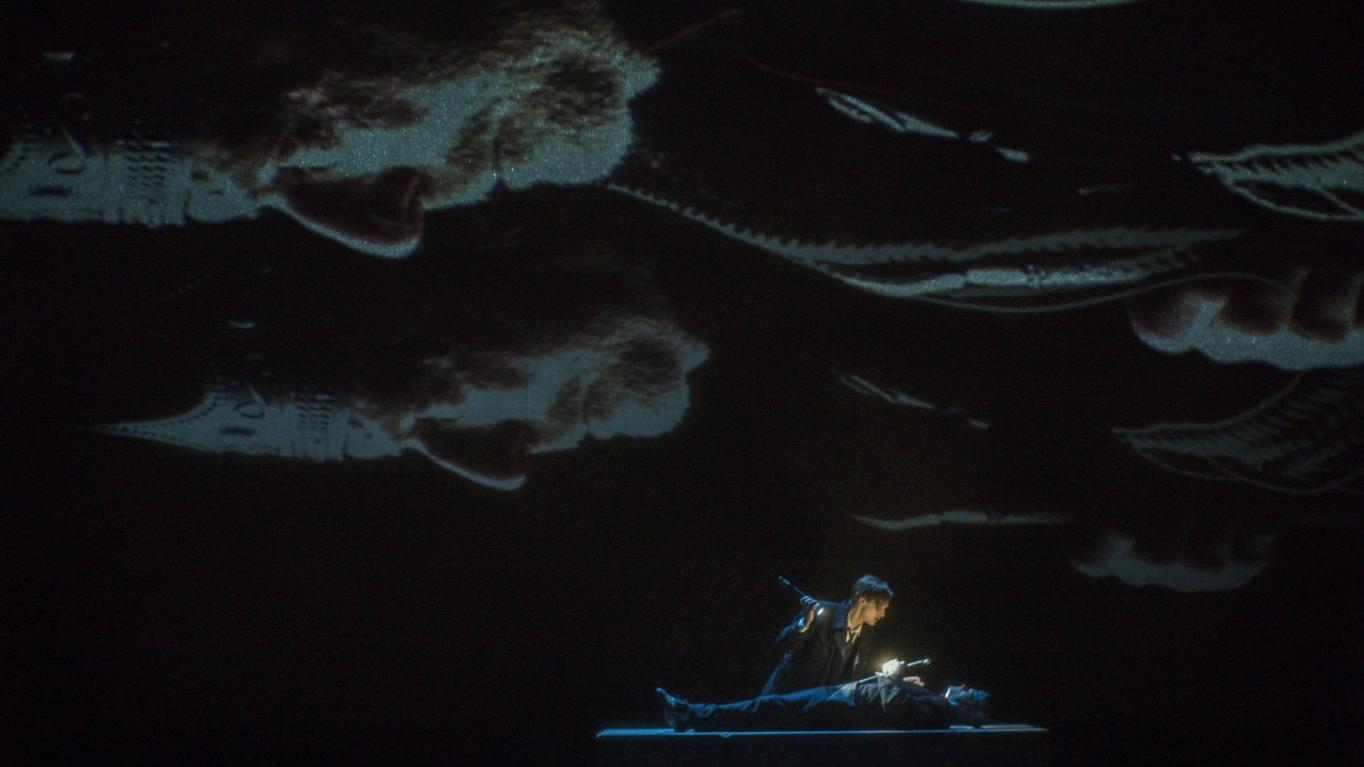 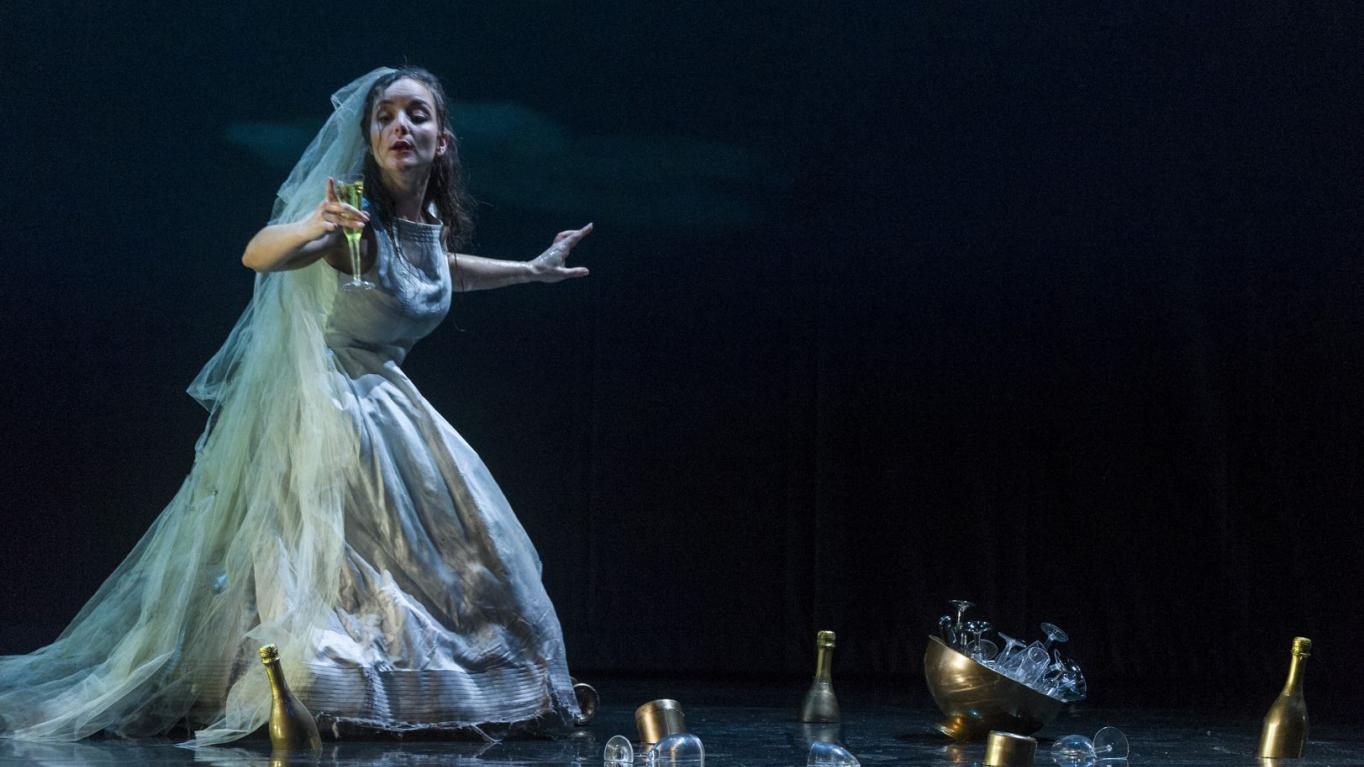 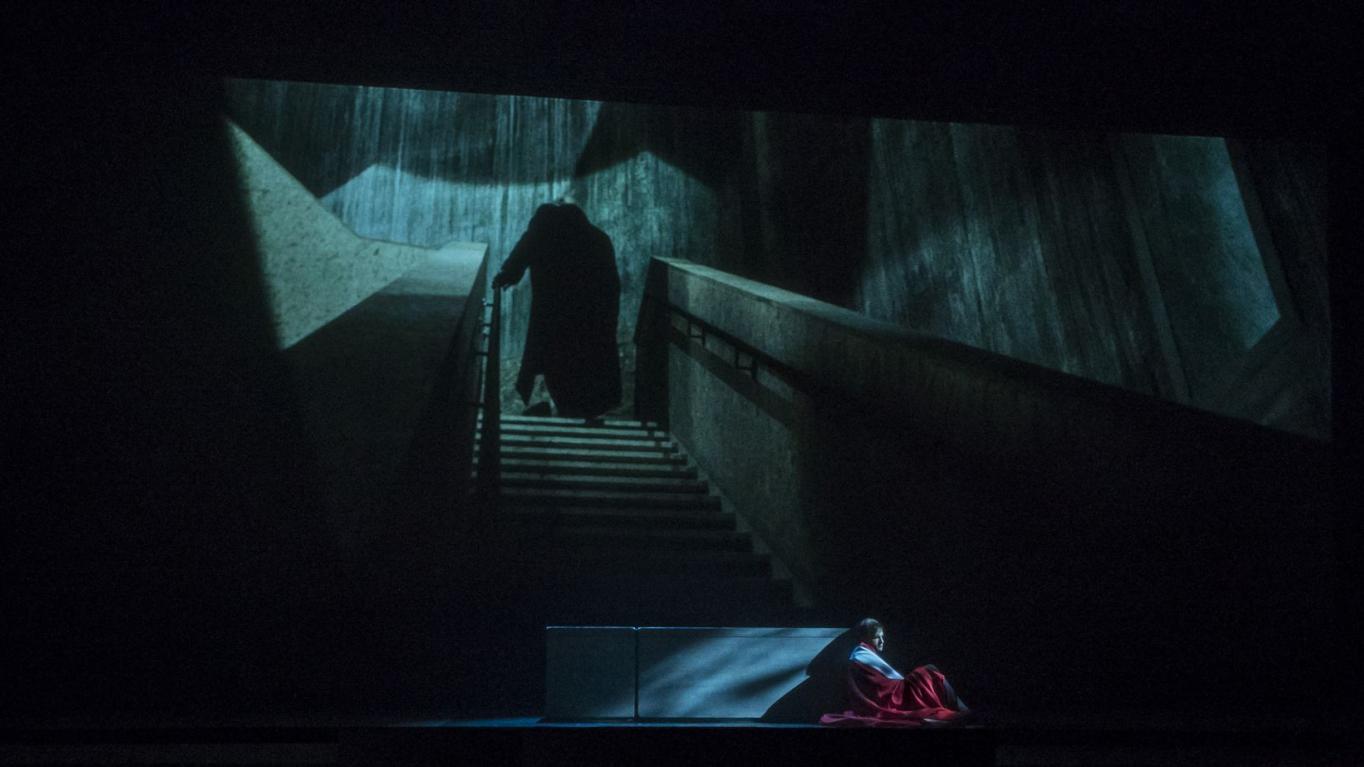 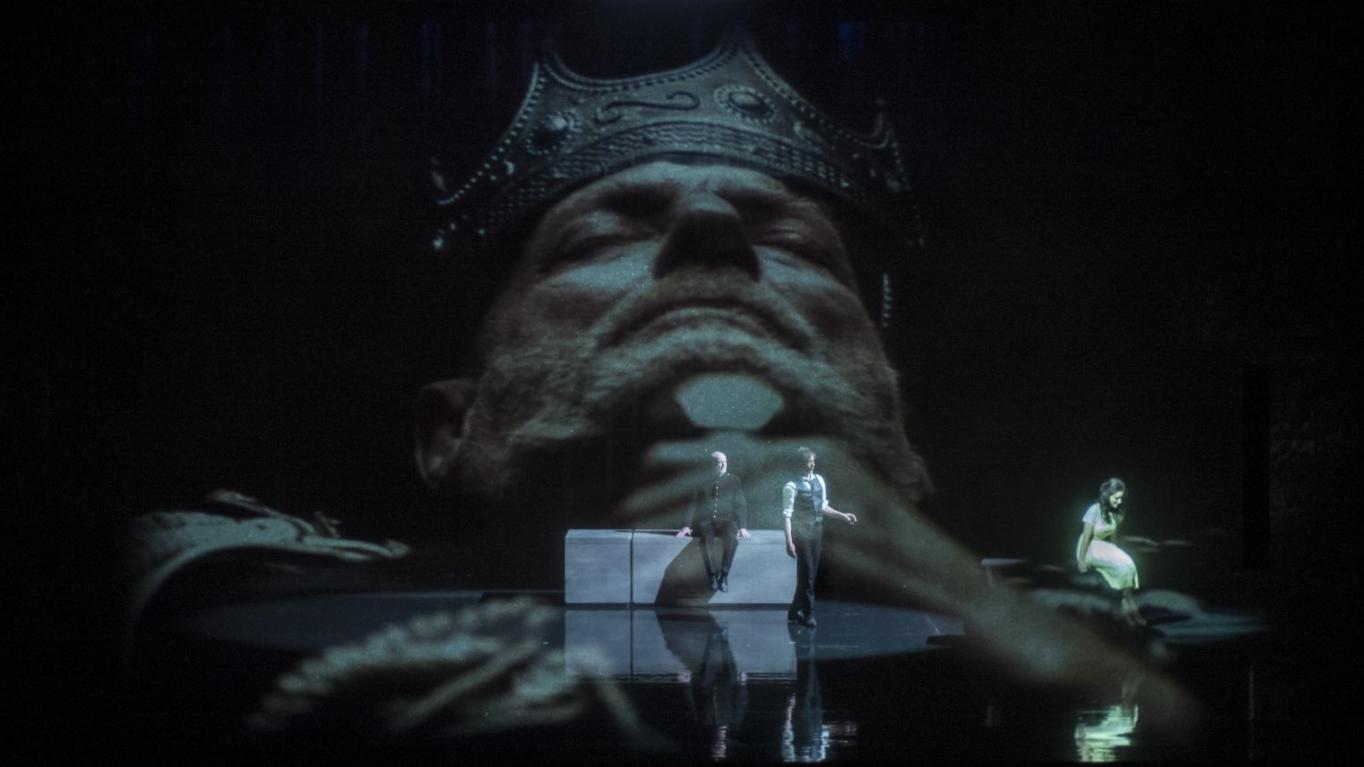 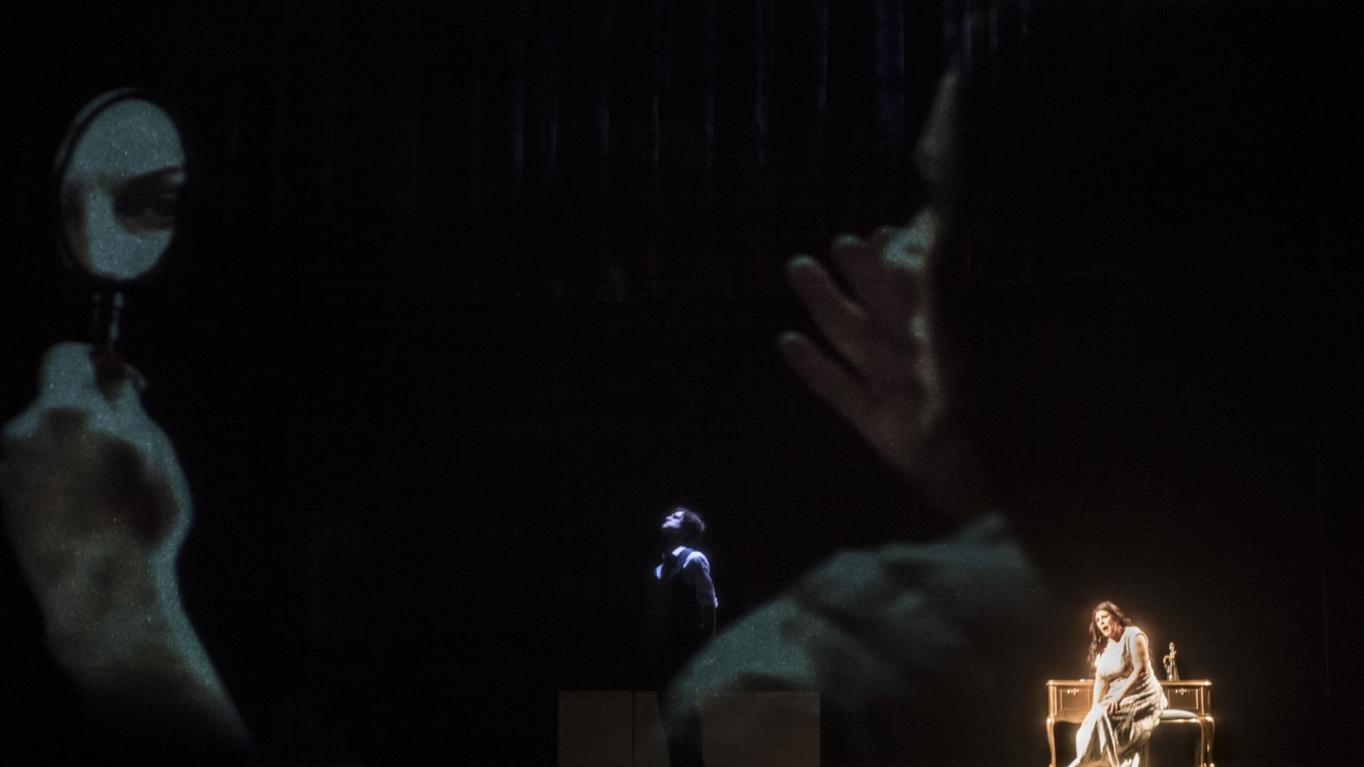 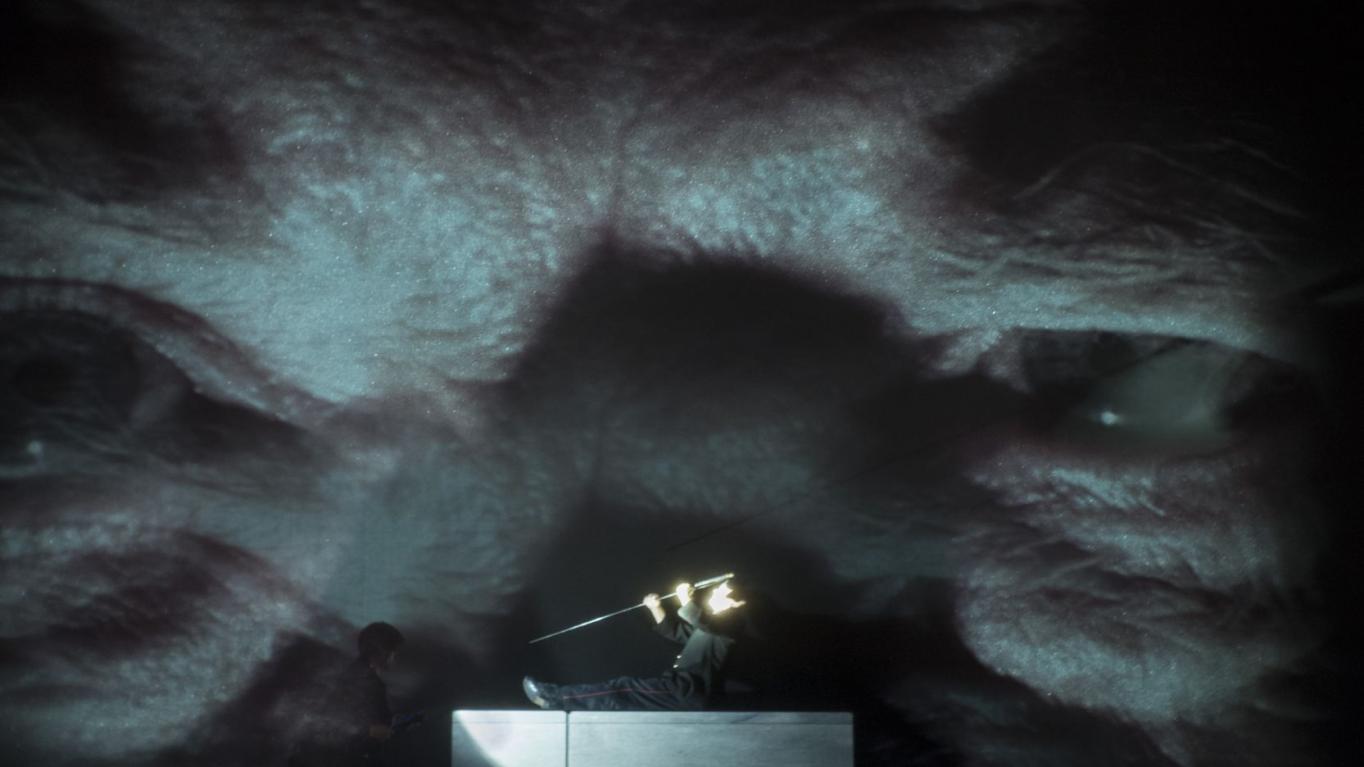 5 things to know about Hamlet

After more than 400 years, Shakespeare’s plays still fire the imagination, as if they were written yesterday. No other author created such overwhelming tragedies based on utterly human motives such as love, idealism, jealousy and revenge. Hamlet is Shakespeare's longest play and is one of the most powerful and influential works of world literature.

Ambroise Thomas’s opera meets every expectation of what a Hamlet opera should offer. There’s King Claudius’s degenerated court in all its pomp and circumstance, an intense inner struggle of the hero, a mysterious appearance of his father’s ghost, and Ophélie has one of the best insanity scenes ever written. The librettists, who earlier provided texts for Gounod’s Faust, brought the play back to its very core to transform Shakespeare’s play into a striking work of music theatre.

The masterly music is a revelation to both opera and Shakespeare enthusiasts. Thomas’s music keeps you poised on the edge of your chair, from beginning to end. For the Prince of Denmark, he created one of the most beautiful baritone roles in opera. The soprano singing Ophélie has the opportunity to shine in a dramatic madness scenes with exceptionally moving music.

For decades after its première in Paris in 1868, Hamlet was one of the most performed operas in the repertoire, and not only in France. By 1919, for example, the opera had been staged 153 times in the Koninklijke Schouwburg at The Hague. 100 years later, the Dutch companies OPERA2DAY and the New European Ensemble have created this abridged version of the opera based on the scores and parts of these performances, which they unearthed from the archives.

In OPERA2DAY’s production of Hamlet, opera and film merge together as one. The scenery is inspired by the rich tradition of film noir. The result is a unique work of theatre that penetrates deep into the shadowland of Hamlet’s mind, where his darkest memories, dreams and visions become apparent.

▶ Hamlet – an opera: Designed for use in English Literature, Music and History & Society lessons with pupils aged 14-18.