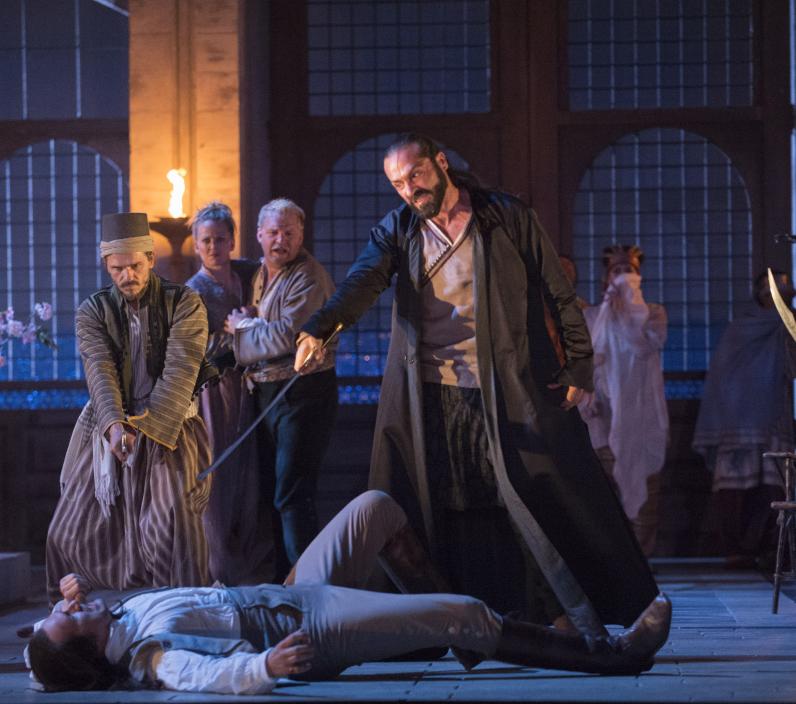 Mozart’s first serious German opera is, in fact, a Turkish one. Die Entführung aus dem Serail is a tricky affair to stage nowadays, seeing how it imagines the East through the prism of Western sensibilities. How, for instance, should the Ottoman court be presented? How its ruler Pasha Selim? The portrayal of the callous overseer Osmin poses particular difficulties if one wants to avoid the essentialising stereotype of Turkish despotism. Director David McVicar paradoxically progressive solution consists in setting the plot in its own time and complying with the opera’s musical and textual cues. Its own time is, of course, the 18th century.

The opera premiered on 16 July 1782 at the Vienna Burgtheater, conducted by the composer. It was commissioned by Emperor Joseph II, who aimed to create a national Singspiel as a counterpart to the Italian-influenced court opera. It is considered one of the first original operas in the German language. Immediately a great success, Die Entführung aus dem Serail established Mozart, who had moved from Salzburg a year earlier, in Vienna.

Mozart further sets the scene by employing ‘Turkish’ music. The overture and several arias allude to oriental themes, as it was probably imagined at the time.

The work is imbued with 18th-century Western orientalism evoked in immaculate detail by Vicki Mortimer’s elaborate set designs. Conjuring up the palace, its gardens and the harem’s atmosphere, they capture the lure of the Ottoman Empire. Mozart further sets the scene by employing ‘Turkish’ music. The overture and several arias allude to oriental themes, as it was probably imagined at the time. The addition of instruments such as cymbals, bass drum or ‘Turkish drum’, piccolo flute and triangle to the orchestra of the Viennese Classical period corresponds to the instruments of janissary music.

Using these ‘Turkish’ musical elements to depict Osmin’s ire, for example, is shorthand for identifying him as an ‘Other’. Enlightenment opera-goers would easily feel an air of superiority towards him. The way Osmin gloats at the idea of torture contrasts starkly with the newly adopted rational values promoted at the time - Emperor Joseph II had just banned torture and the death penalty in 1781. Osmin corresponds to the stereotype of the oriental man: brutish and lewd. His attempts to force Blonde to love him backfire with her ridiculing him. 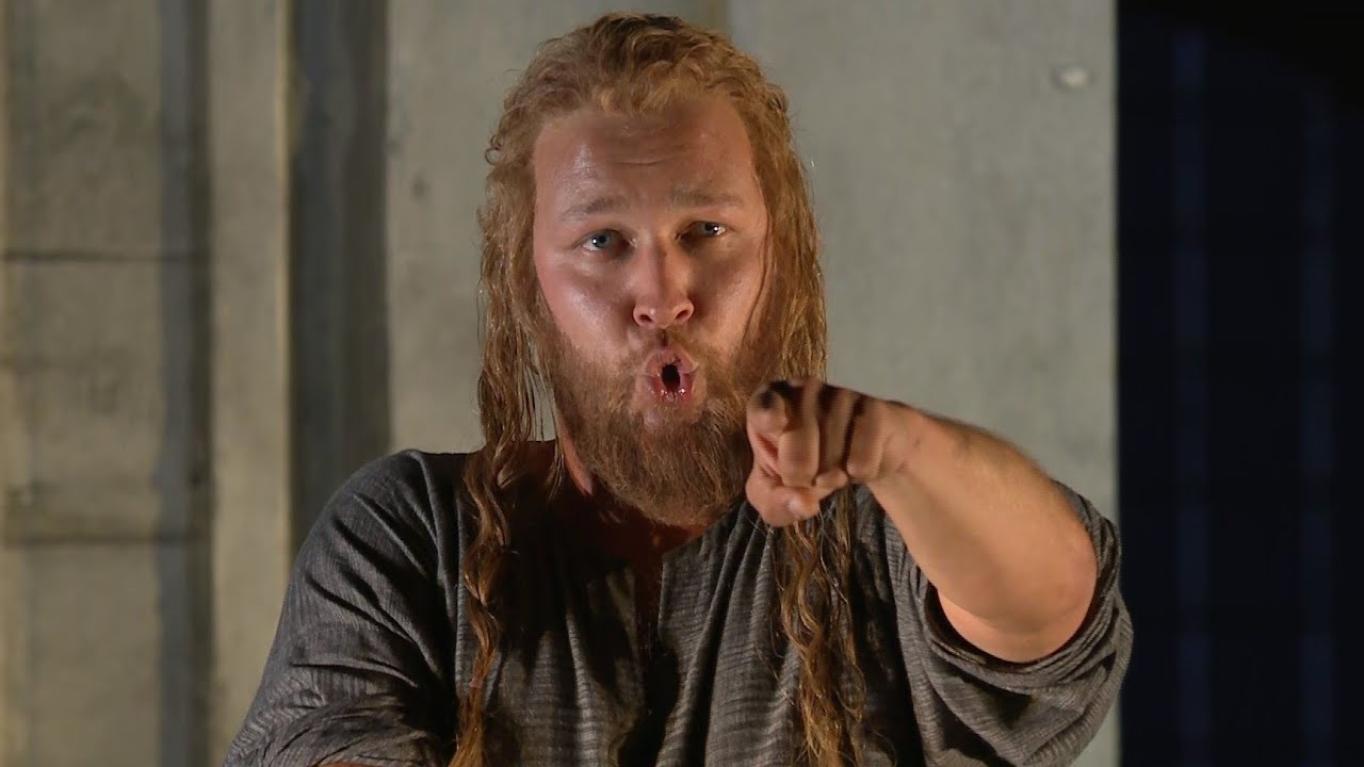 Pasha Selim’s portrayal, on the other hand, jars with the simplistic image of the ‘barbaric Turk’. Although he owns a harem and slaves, fulfilling the criteria for the cliché of the Eastern despot, his characterisation is nuanced. As a speaking part, Selim stands out from the other roles. Is music beyond his reach? Or is he all the nobler for not singing? When the Pasha falls in love with Konstanze, who refuses his advances, he at first threatens her. Faced with her constancy, he tries winning her heart through - Western? - reason. It is no coincidence that the female protagonist bears the name of Mozart’s later wife Konstanze. Selim’s violent tendencies abate in contact with a Western woman. She, he promises to love alone, renouncing his harem. When he is ultimately betrayed, he selflessly renounces the exercise of his power and sets the Westerners free. When in the last act, we find out that the Turkish ruler is, in fact, a renegade, who has been deprived of his Western existence and forced into his Ottoman exile through the intrigues of Belmonte's father, the clear-cut opposition between East and West is irredeemably broken.

Despite appearances, no straightforward polarity between East and West can be found in the way love is depicted in Die Entführung aus dem Serail. When Belmonte and Pedrillo meet their lovers before being captured again, they ask them whether they have been faithful, conscious that they might have succumbed to oriental charms. This trope of the sexually appealing Eastern man also appears in Così fan tutte. Ferrando and Guglielmo, disguised as Albanians, introduce themselves to their fiancées and find to their despair that the women are more intrigued than they had hoped.

What was the appeal of such exoticism in opera? And what warrants still staging it today? While many reasons might explain the choice of an oriental subject matter, not least of which the popularity of ‘Turkish’ music in Vienna at the time, not all of them are reprehensible. The Eastern context, even as it reduced certain roles and relationships into stereotypes, can at the same time be understood as deceit to universalise, even mythologise human conduct. While Osmin is undoubtedly a demeaning representation of the oriental man, as a comic character he nonetheless shares traits with your run-of-the-mill Western buffoon. The fact that Pasha Selim can be read as the epitome of ideal human behaviour is more astonishing. Perhaps his liminal position between East and West eluding classification establishes him as a rare universal figure.