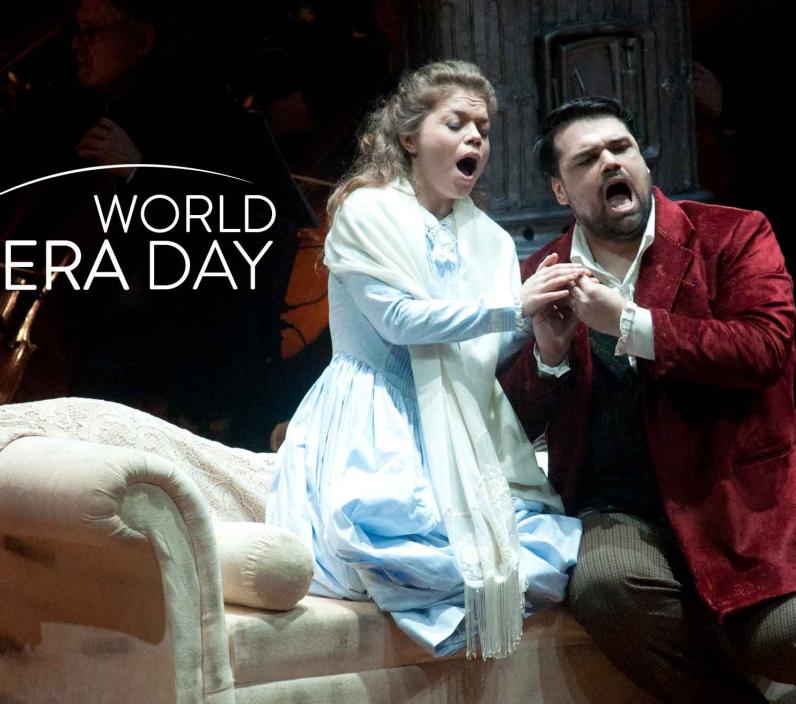 In the cold of winter, an exuberant poet lives in poverty with his three bohemian flatmates. His heart is warmed when he falls in love with his fragile neighbour, but then her illness takes a turn for the worse.

The National Centre for the Performing Arts in Mumbai presents this innovative semi-staged production of Puccini’s beloved opera. Carlo Rizzi conducts the lush score, which is interspersed with texts from Henri Murger’s original novel to tell the tale of the lives and loves of the young bohemian artists in the Latin quarter of Paris.

Act IV. Colline (Andrea Concetti) decides to pawn his old coat to buy medicine for Mimì. He is sad to say goodbye to it, as it has been his trusty companion through thick and thin. Conducted by Carlo Rizzi and directed by Sax Nicosia.

Act IV. In their Parisian garret, Rodolfo (Giordano Lucà) and Marcello (Andrea Bonsignore) try but fail to work. They pretend to be indifferent about their lovers having left them for wealthy men, but their true feelings soon rise to the surface. Conducted by Carlo Rizzi and directed by Sax Nicosia.

'You don't have heroes, you don't have revolutions, you don't have anything out of the ordinary,' Carlo Rizzi says of La bohème. 'It's a normal story that Puccini put to some absolutely genius music.' The Italian music director conducts Puccini's opera in a semi-staged production at the National Centre for the Performing Arts in Mumbai. Styled as 'La Bohème Revisited', the chorus parts are cut and the music is instead interspersed with texts from Henri Murger’s original novel narrated by the director, Sax Nicosia.

The poet Rodolfo and the painter Marcello are working in their cold garret in Paris on Christmas Eve. They have no money and no fuel for the stove so they burn the manuscript of Rodolfo’s play to keep warm. Their flatmate Colline, a philosopher, arrives home penniless but Schaunard, a musician, has made some money. He invites them all to dinner but then their landlord arrives asking for the overdue rent. Marcello accuses him of having a mistress and the others, with feigned outrage, drive the landlord away.

Rodolfo stays behind to finish an article while the others leave for Café Momus. Mimì, a seamstress who lives in the same building, knocks on the door and asks Rodolfo to light her candle. She is overcome with a fit of coughing and faints. Recovered, she realises that she has lost her key. In the dark, Rodolfo finds it but hides it and instead ‘finds’ her hands. They introduce themselves to each other, fall in love and leave together for Café Momus.

In the Latin Quarter, children and vendors fill the street. At Café Momus, Rodolfo introduces Mimì to his friends. Marcello sees his old sweetheart, Musetta, accompanied by Alcindoro, a pompous Councillor of State. Mimì admires Musetta’s dress while Marcello tries to ignore her. Musetta sends Alcindoro away to buy her some shoes and, in his absence, she flirts with Marcello. They confess their love for each other, then when waiter brings the bill Musetta charges it all to the Councillor.

About eight weeks later, Rodolfo, Marcello and Musetta are in a tavern by a city tollgate. Mimì arrives, ill and exhausted, and tells Marcello that Rodolfo left her in a violent, jealous rage. Mimì hides as Rodolfo complains to his flatmate that Mimì is a flirt, but then confesses that the real reason he left her was because she is ill with consumption. Mimì’s coughing betrays her presence and she comes out from her hiding. She and Rodolfo agree that they should separate but only once winter has past and the warmth of spring has come to make their parting easier to bear.

Back in the garret some time later, Rodolfo and Marcello are trying but failing to work. They instead complain that their lovers have left them for wealthy men. Schaunard and Colline arrive with a single herring and the men prepare a mock feast including courtly dances and a duel. Suddenly, Musetta enters with the news that Mimì is following behind her, but is very ill. She explains that Mimì left her new aristocratic lover to die near Rodolfo. Marcello, Musetta and Colline leave to pawn their possessions so as to pay for medicine, a doctor and a muff. Mimì and Rodolfo remember how they first met and fell in love, and the friends return with the items. Rodolfo tells his friends that Mimì is sleeping peacefully, but Schaunard discovers that she has in fact died. 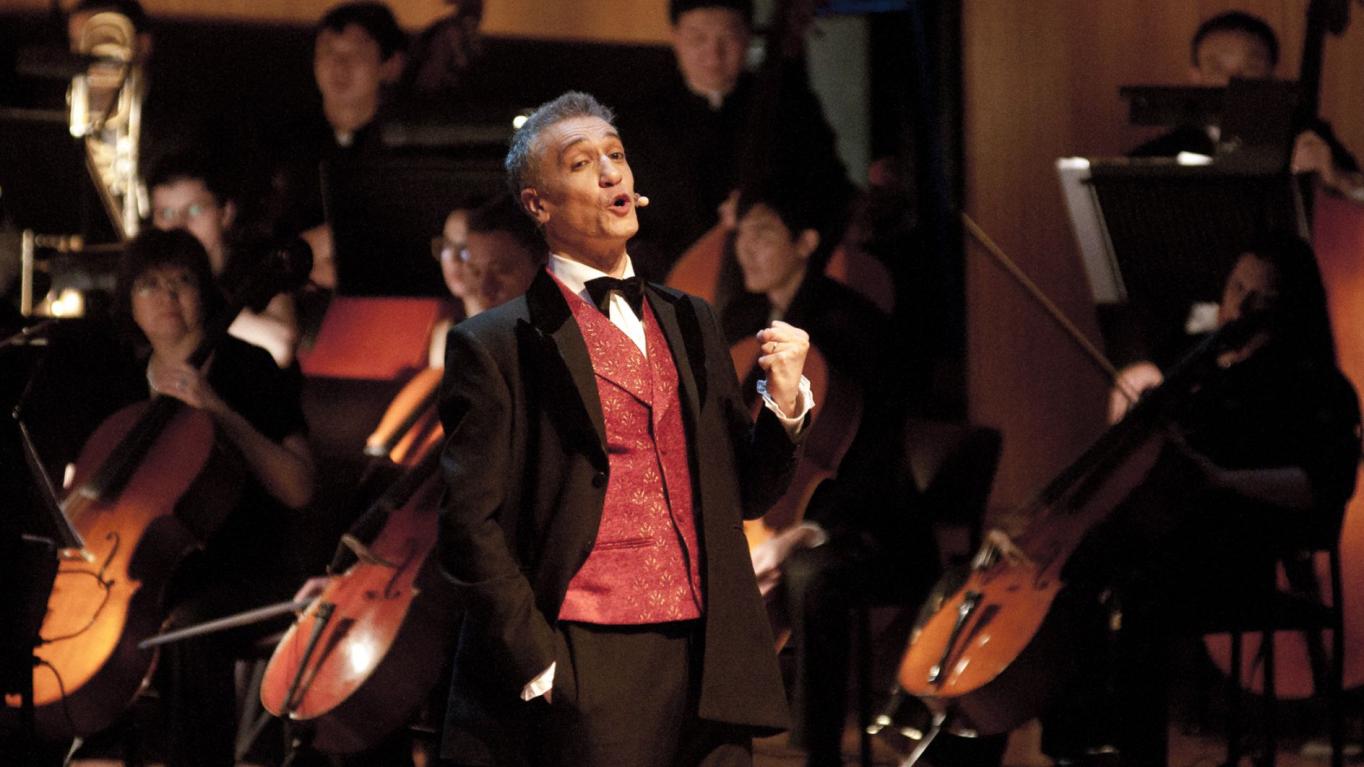 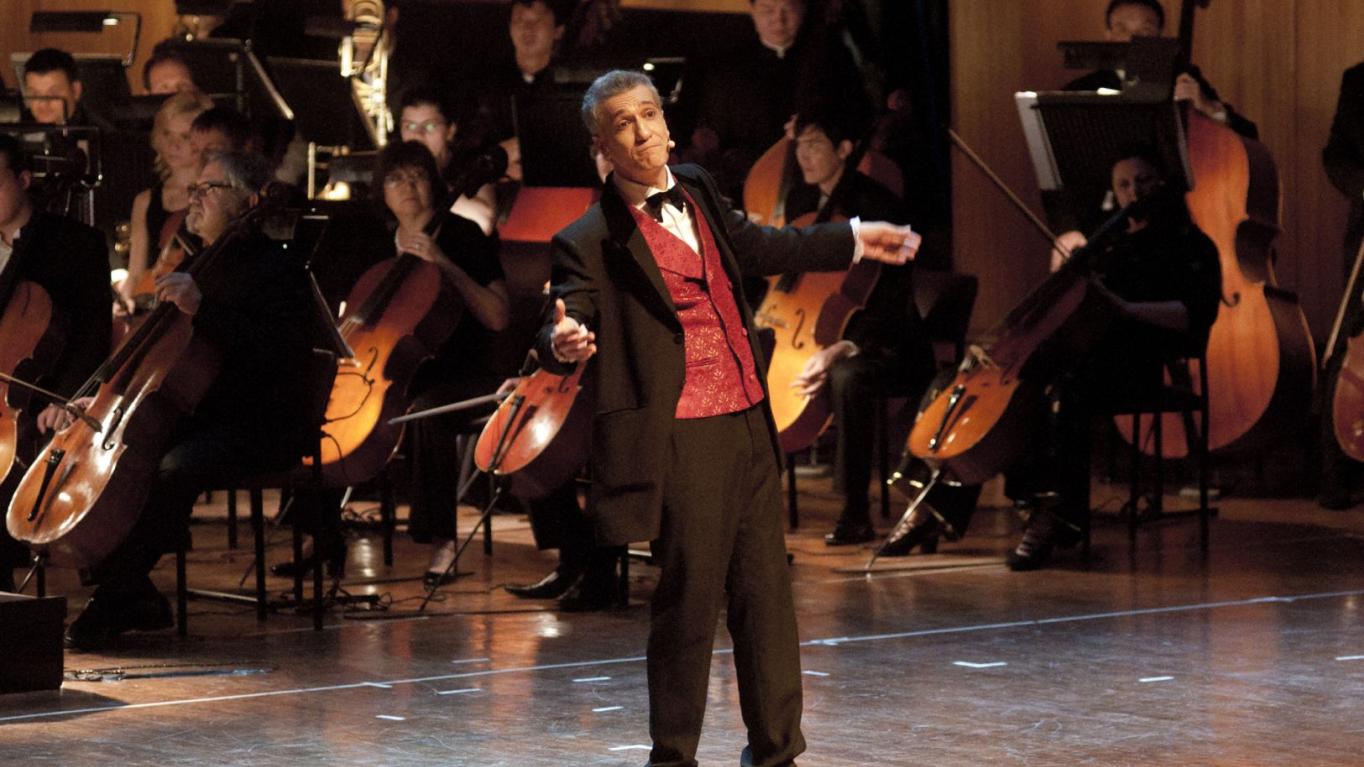 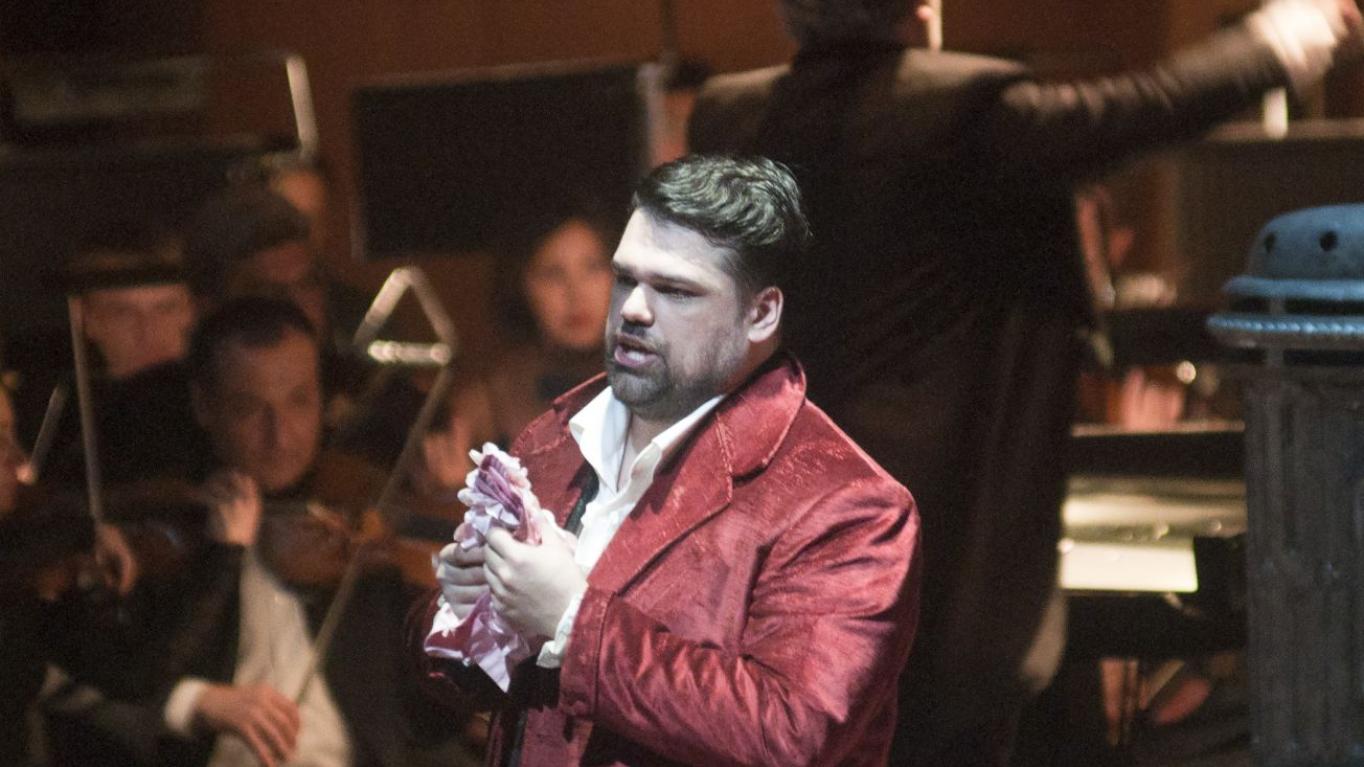 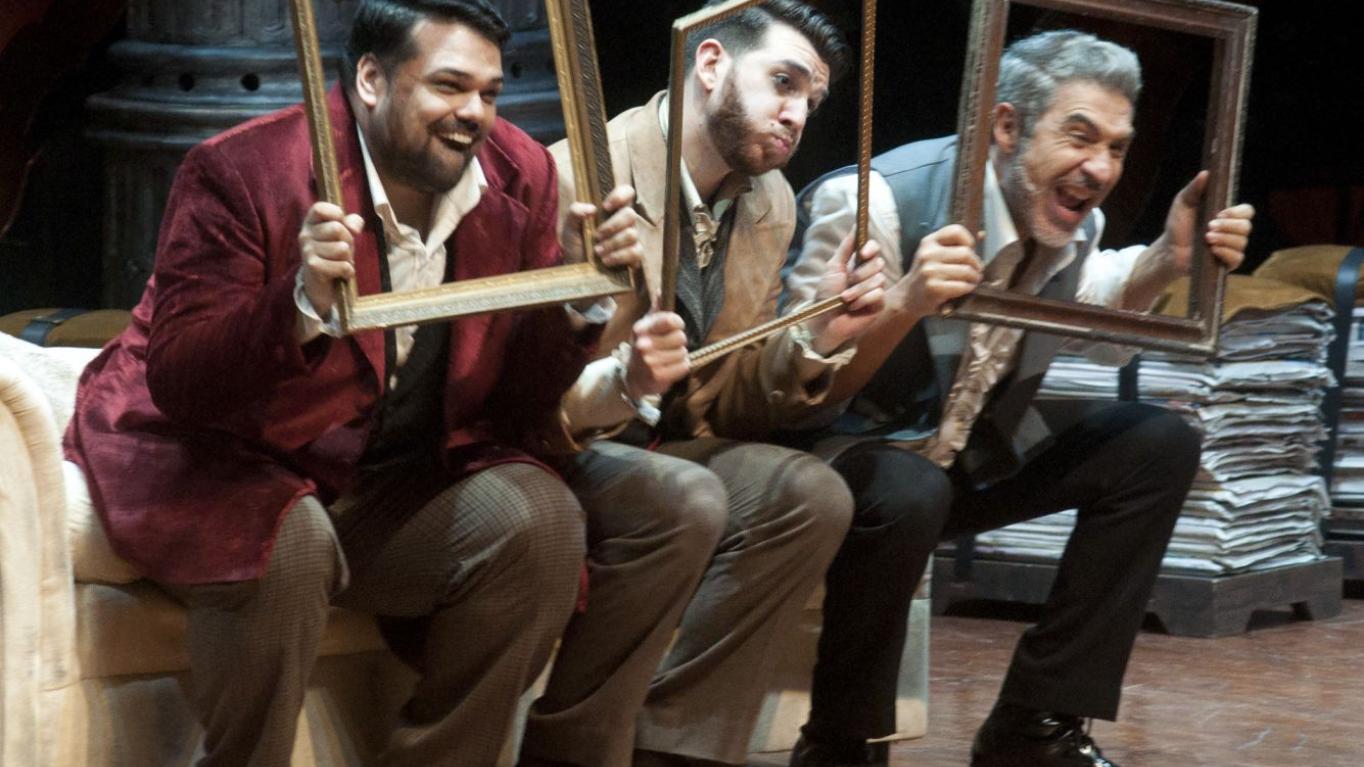 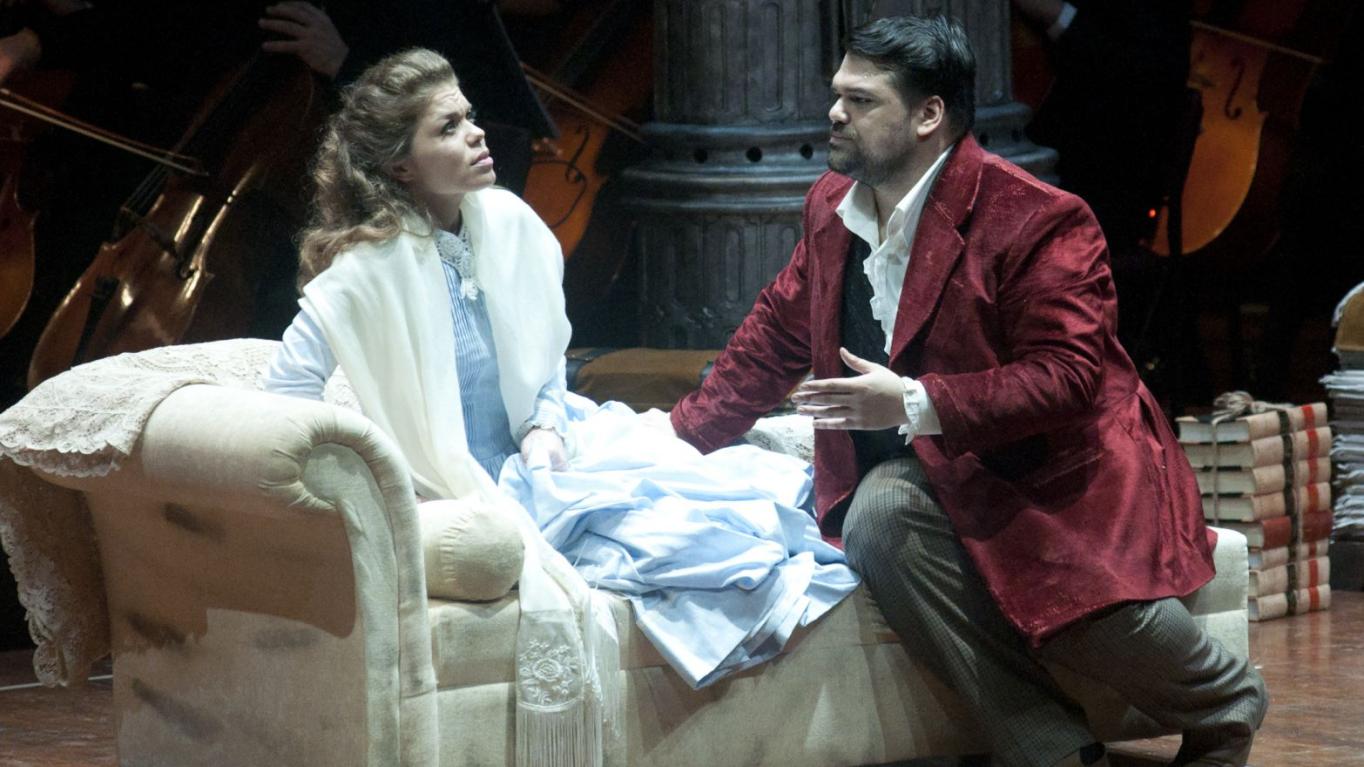 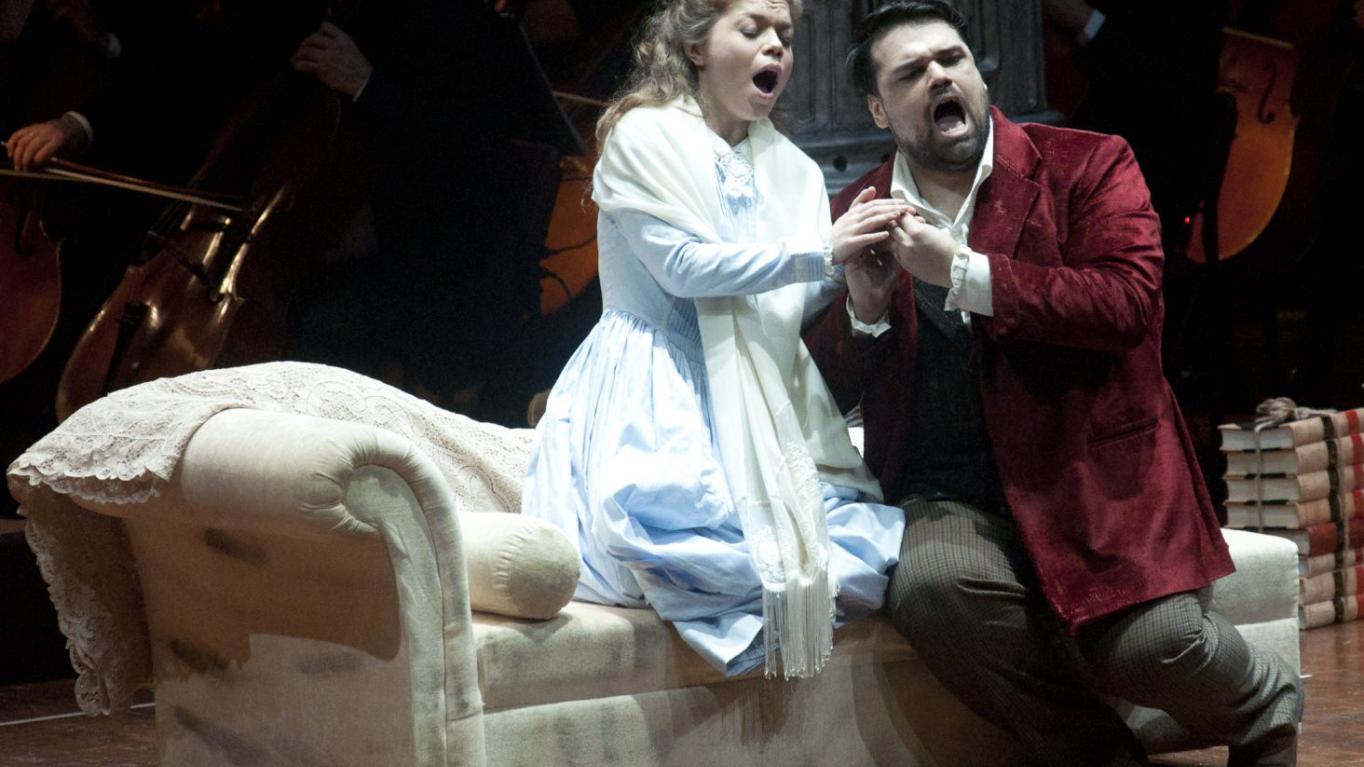 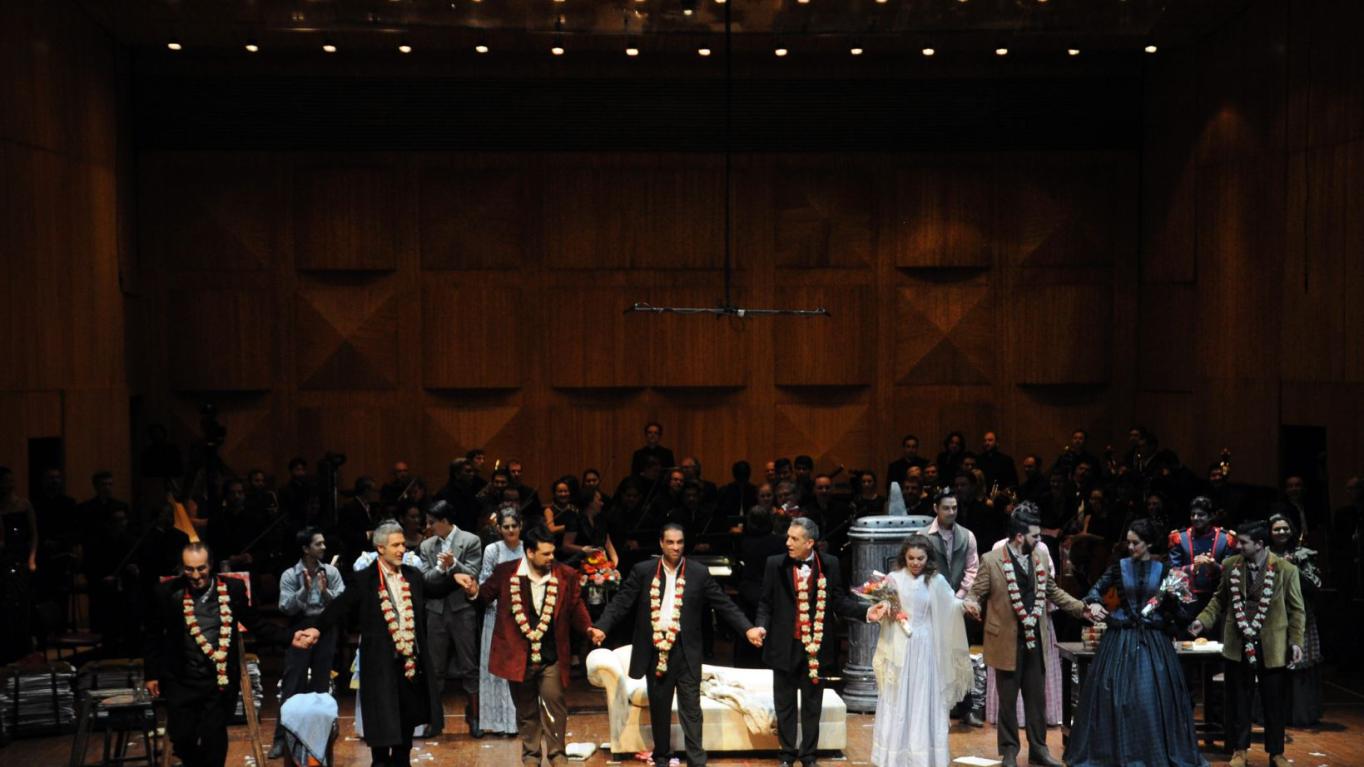 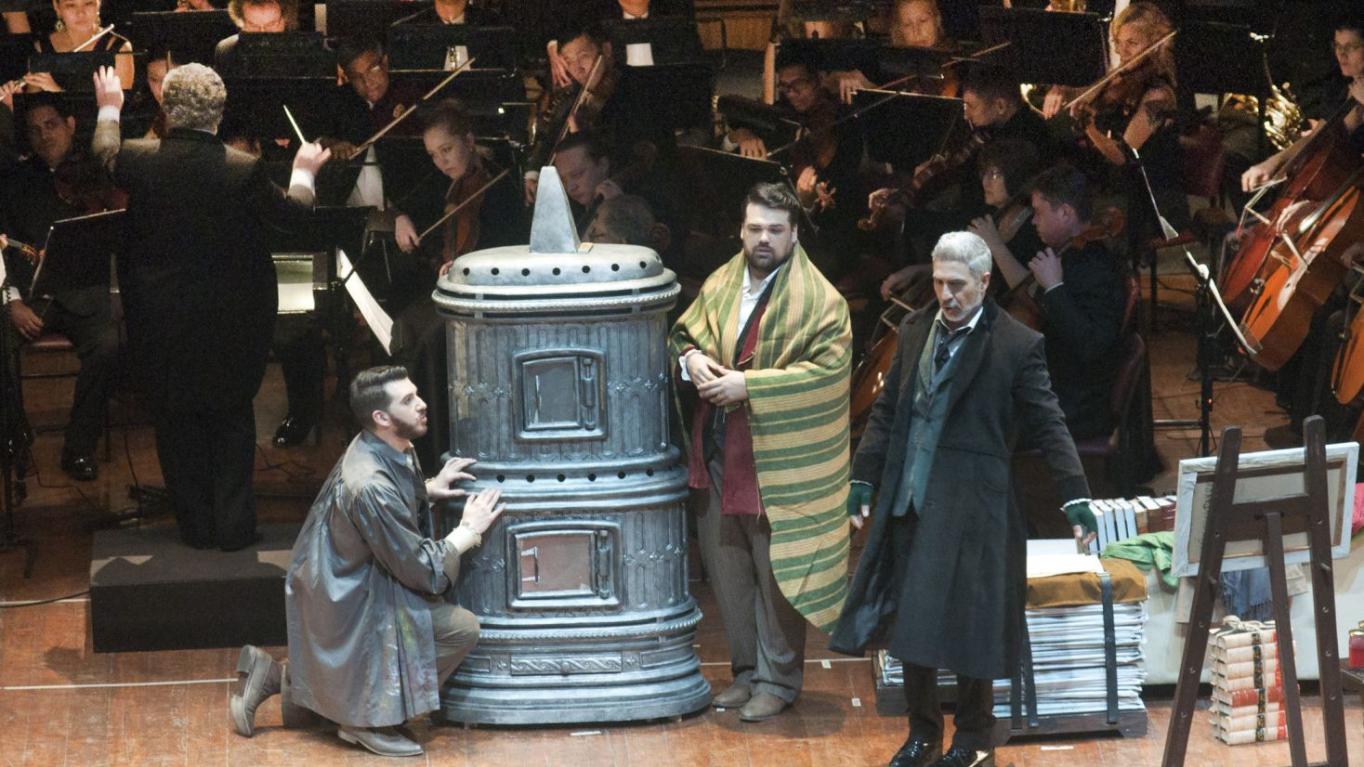 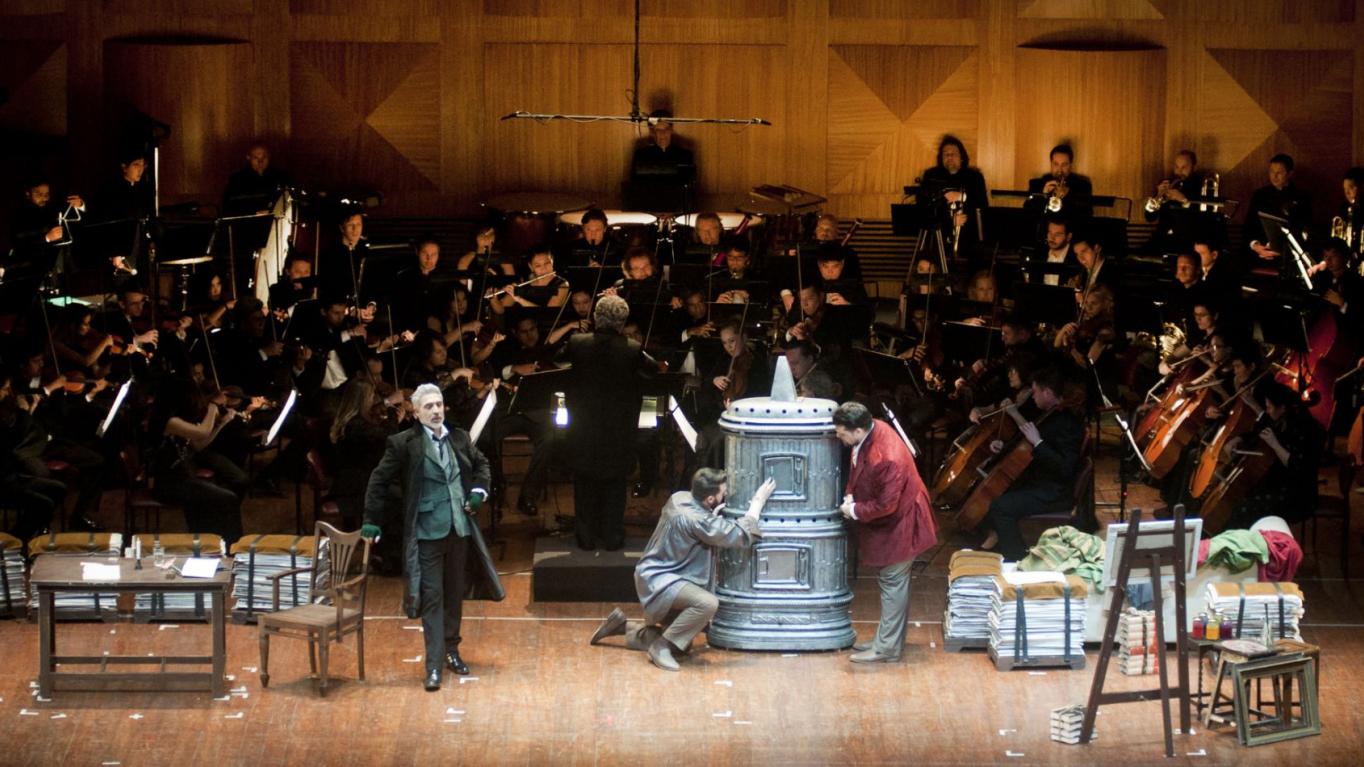 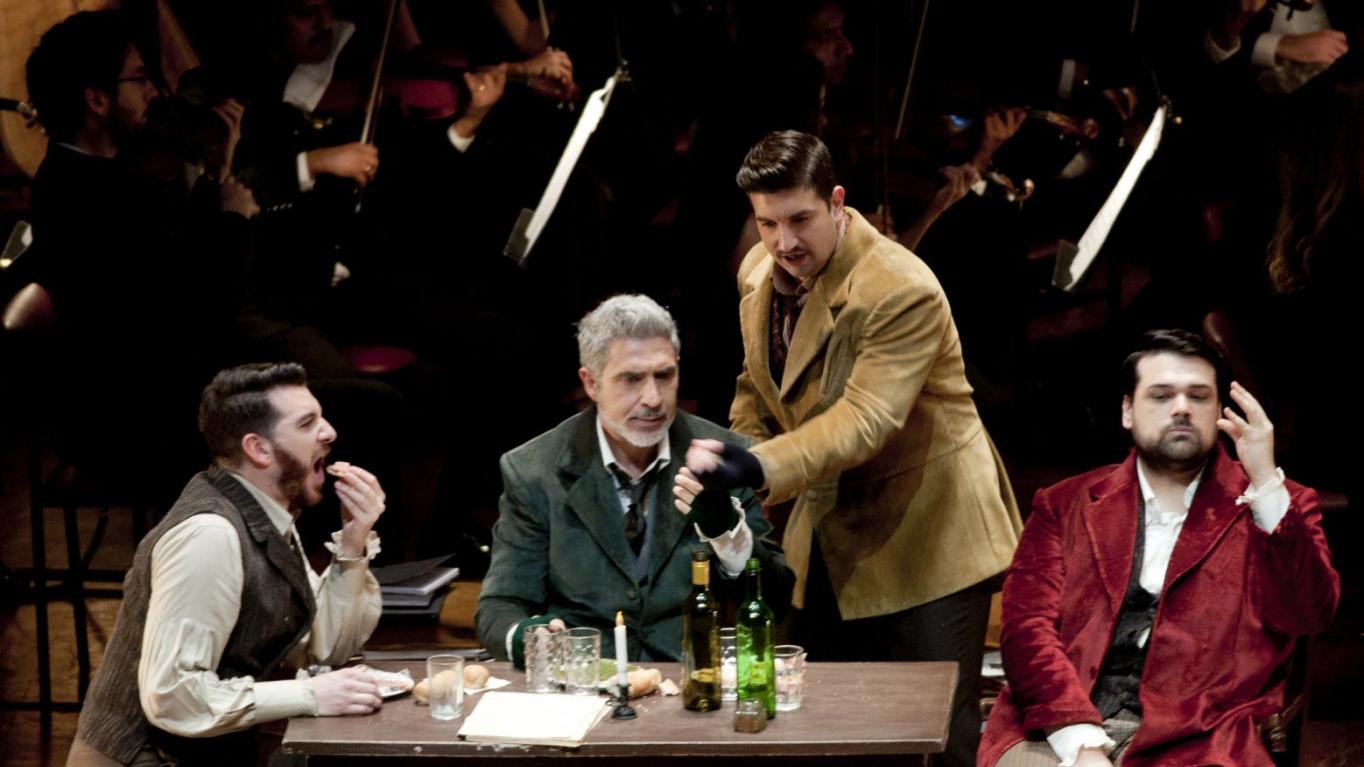 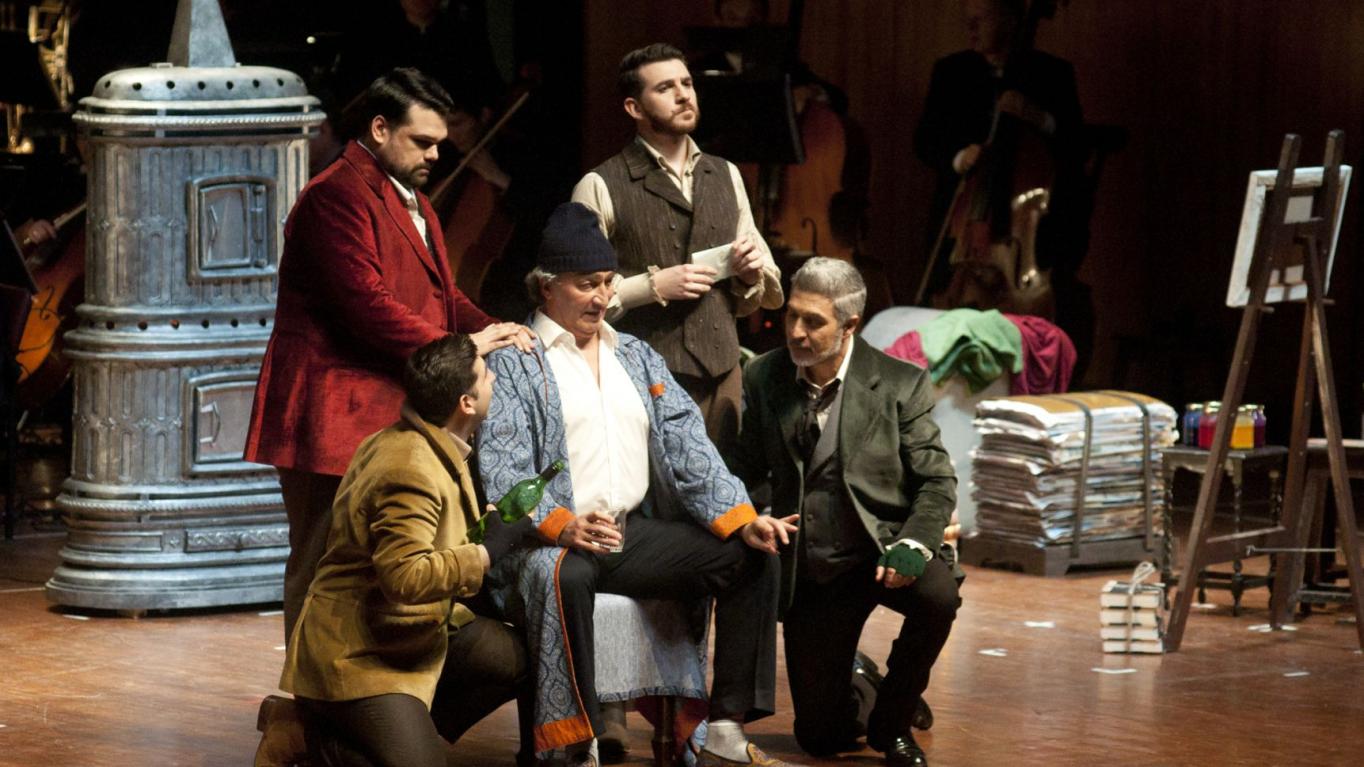 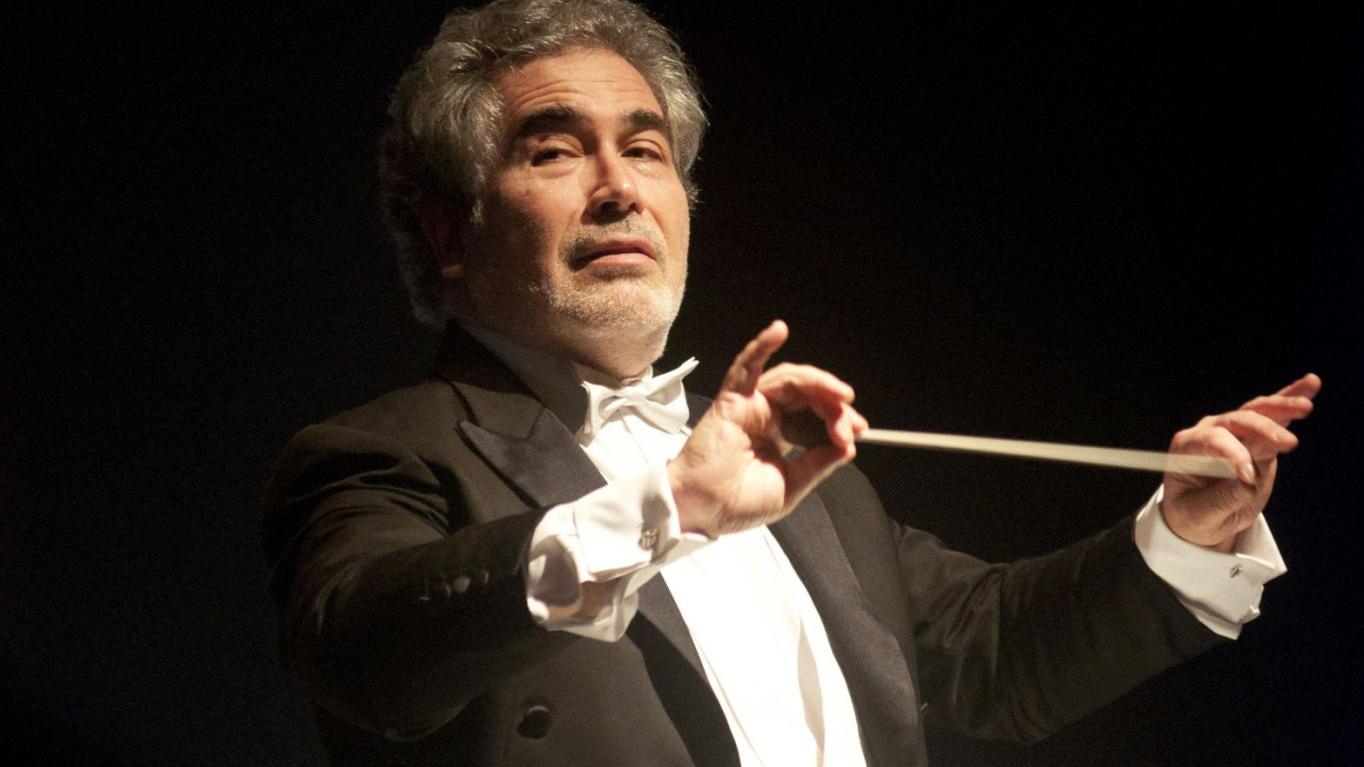 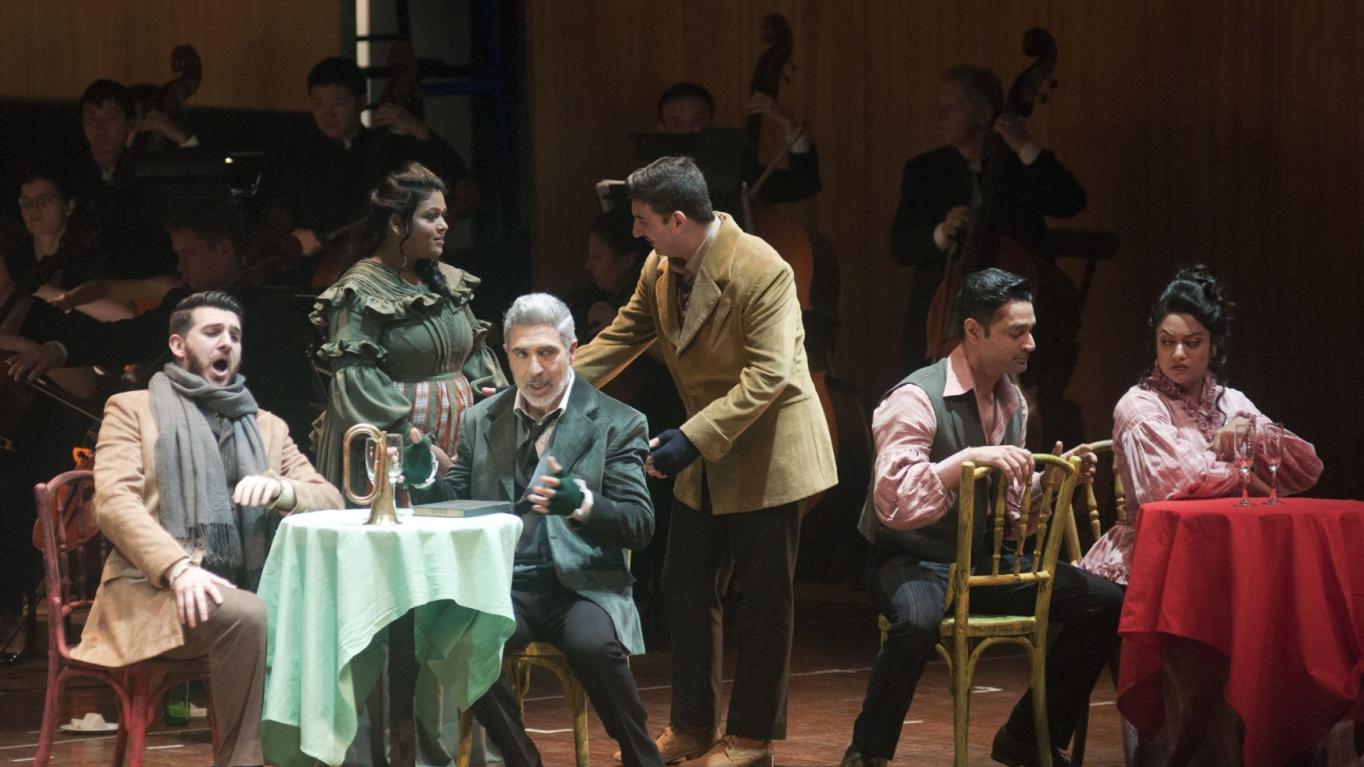 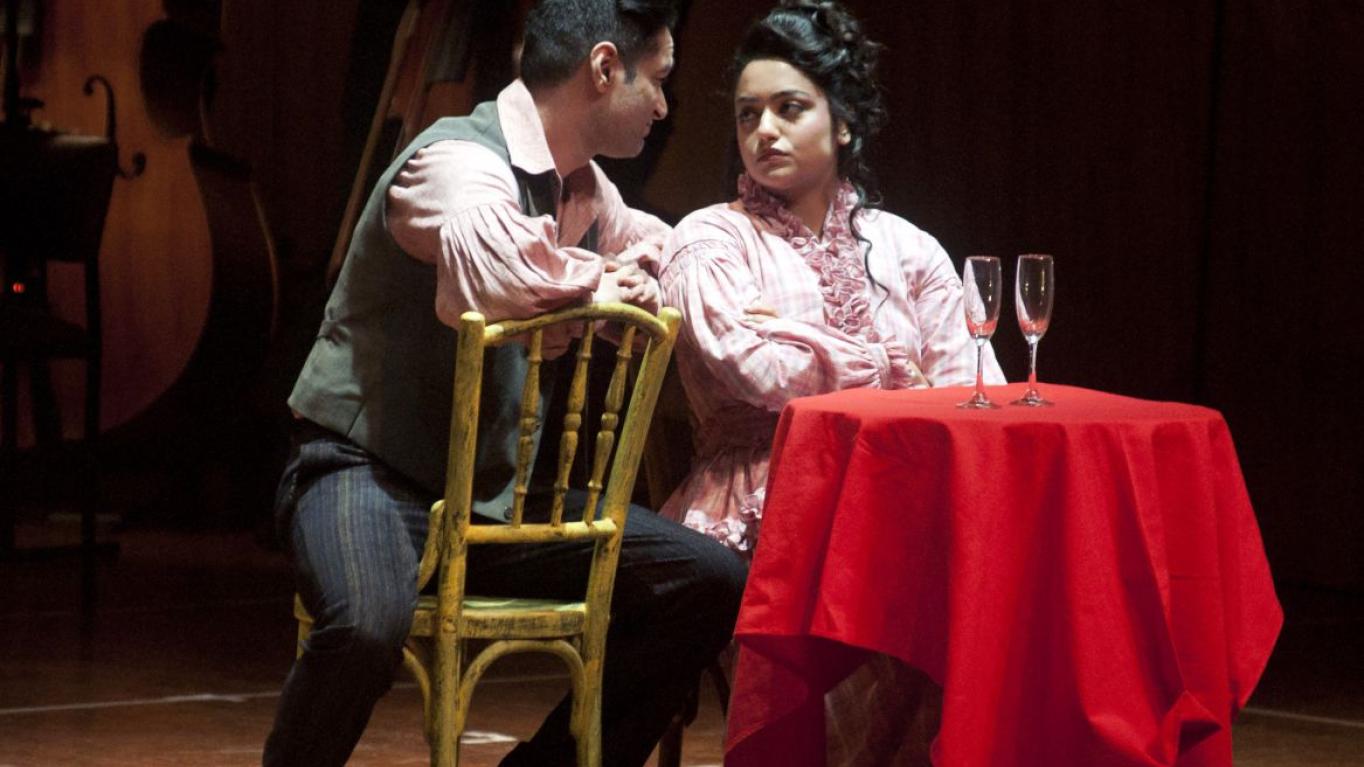 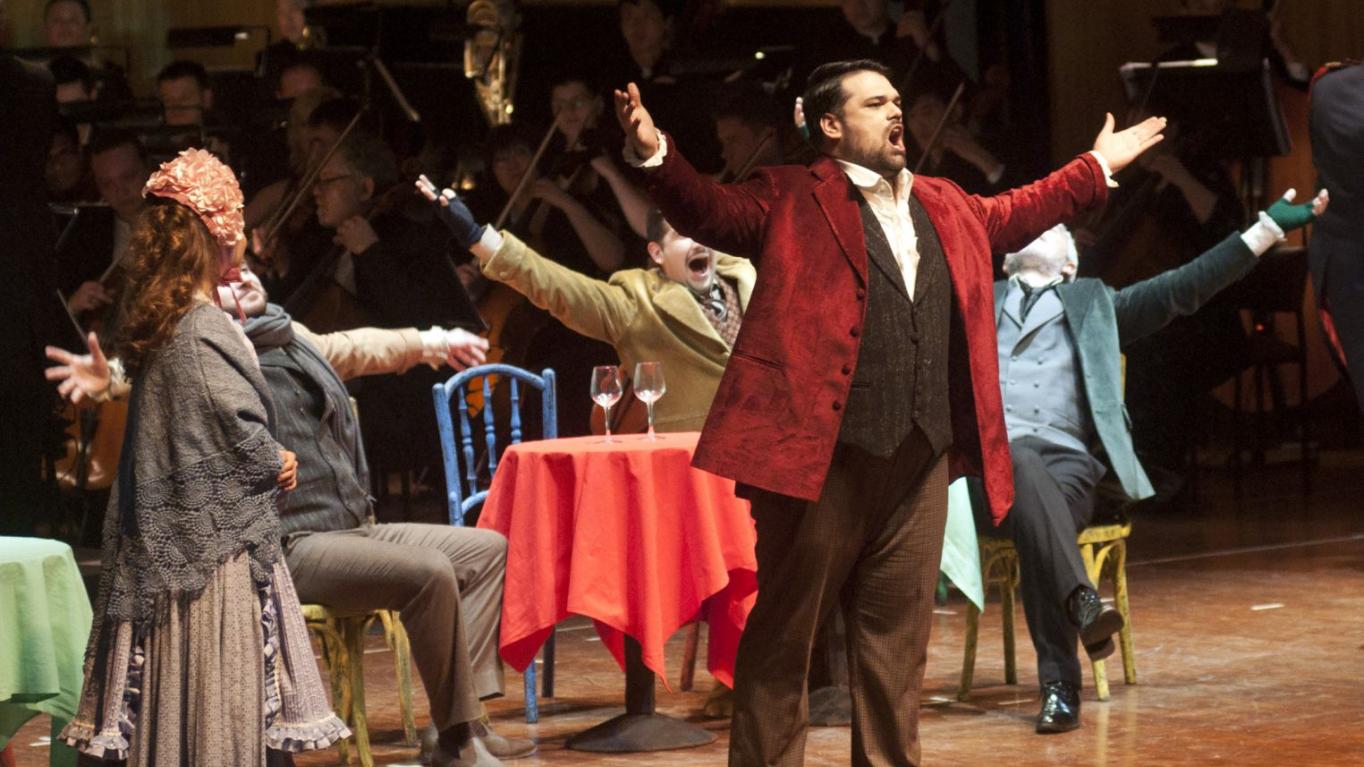 5 things to know about La bohème

Giacomo Puccini studied composition in Milan, and it was a time marked by financial struggles. He frequently had to pawn possessions to cover basic expenses and once had a single herring as dinner for him and three others. (Puccini would later put these scenes from his student life into Act IV of La bohème.)

But in 1893 things were starting to look up when his third opera, Manon Lescaut, was praised as a triumph. Many had doubted Puccini’s choice of subject given that the French composer Jules Massenet had created his own opera about Manon only a few years ago. ‘But why shouldn’t there be two pieces about her?’ replied Puccini. ‘A woman like Manon can have more than one lover! Massenet feels it as a Frenchman, with powder and minuets; I shall feel it as an Italian, with a desperate passion.’ He was unafraid of competition and conflict, and it paid off, with George Bernard Shaw saying, ‘Puccini looks to me more like the heir of Verdi than any of his rivals.’

One of these rivals was also a friend, the composer Ruggero Leoncavallo, who had just had a hit of his own with his opera Pagliacci. During its composition, Leoncavallo had left the high temperatures and equally high rental costs of Milan for a cottage in Vacallo, in the high mountains of the Italian Tyrol. He persuaded Puccini to follow him, and when he moved into his new place just across the street he was greeted by a painting of a clown - a pagliaccio - hanging in Leoncavallo’s window. Puccini promptly countered with a towel bearing a hand - a mano.

But this friendly rivalry would soon turn sour. One day, Leoncavallo invited his friend over to show him what he was working on. It was an opera called La bohème, based on Henri Murger’s 1851 book of stories about the garret artists of Paris’ Left Bank, La Vie de Bohème. A while later, Puccini informed him that, actually, he too was working on his own adaptation of the book, which by sheer coincidence he also planned to call… La bohème. A livid Leoncavallo took their feud public, writing to a newspaper that his priority over the adaptation was ‘indisputably established’. This only served to sharpen Puccini’s competitive edge, who replied in in a rival publication: ‘Let him compose, and I will compose. The public will judge.’

3° Messing about in boats

Though a composer by profession, Puccini’s real passion was hunting, especially shooting waterfowl. He moved to and built himself a villa near Torre del Lago, choosing the place primarily because it adjoined a lake rich in potential victims. His partner, Elvira, was less than impressed, complaining that ‘instead of boating around on the lake with his gun and his vagabond friends, he should be at the piano, working on La bohème.’

In his defence, perhaps Puccini was simply trying to embody the same bohemian spirit of Henri Murger, who was himself an enthusiastic hunter in his later life. The author was unfortunately a very poor shot, which earned him the affectionate local reputation as ‘the hunter who never kills anything.’ In an invitation to a friend to join him in a day’s pheasant shooting he wrote, ‘I will introduce you to an old cock that I have respectfully missed five times, so now that he knows me he doesn’t even bother to get out of my way.’

The moment when Rodolfo and Mimì first meet at the end of Act I is one of the most romantic love scenes in all theatre. In La Vie de Bohème, Murger based the character of Rodolphe on himself. Despite this, the author portrayed the impoverished poet in unflattering terms, describing him as ‘a young man whose face could hardly be seen for a huge, bushy many-coloured beard. To set off the prognathic hirsutism, a premature baldness had stripped his temples as bare as a knee. A cluster of hairs, so few as to be almost countable, vainly endeavoured to conceal this nakedness.’

Mimì, in contrast, is described as a small, delicate, lively and attractive eighteen-year-old girl, ‘of a type especially suited to Rodolphe’s artistic and poetic predilections.’ Her face is lovely, with a young, fresh smile ‘and a glance both tender and full of imperious coquetry.’ But as Puccini depicts in the Act I aria ‘Che gelida manina’, what more than anything else caused Rodolphe to fall in love with Mimì were her hands. ‘Yet these hands,’ warns Murger, 'so frail, so dainty, so soft to the lips - these childish hands in which Rodolphe had placed his newly burgeoned heart - these white hands of Mlle Mimì were soon to tear that heart to pieces with their rosy nails.’

Among the many things that make Puccini stand out from his contemporaries is his extreme detail of tempo. When you listen to a Puccini aria, there’ll be a lot of pushing and pulling, as if the singer is at the mercy of his or her emotions. The subtle slowing downs followed by faster sweeps are all dictated on the score. This makes his operas very tricky to conduct.

Time is pliant in Puccini’s hands. He gives his music an organic feeling, as if not only the singers but also the orchestra, the drama and time itself are breathing as one, sometimes gasping, sometimes purring, but always living on the edge. This is the embodiment of the bohemian spirit, and is especially suitable for an intimate, domestic drama where each scene happens in real time, as is the case with La bohème.