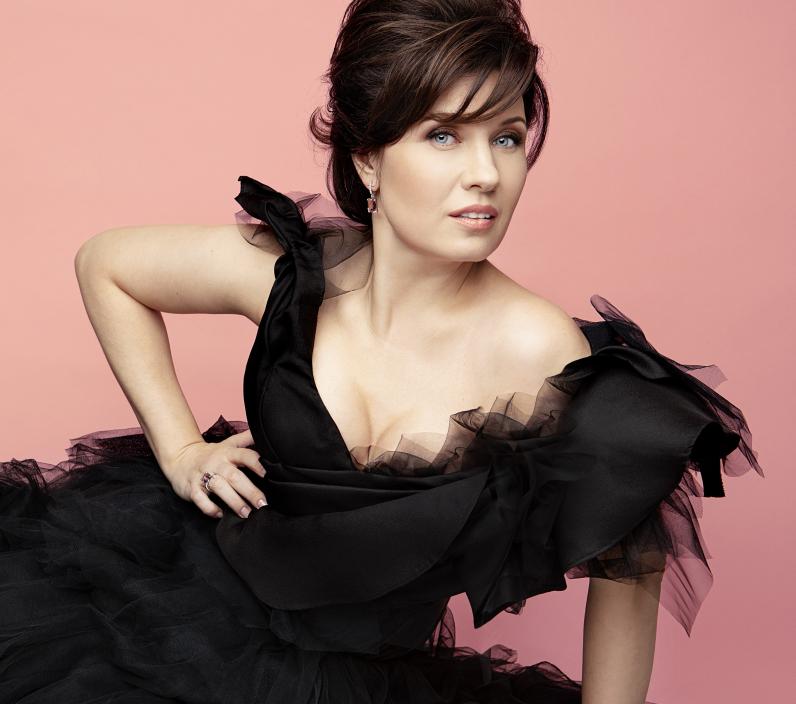 This performance is no longer viewable as video-on-demand for rights reasons but other material about the production is still available.
Marina Rebeka Recital

Marina Rebeka’s spectacular recital at Rundāle Castle, pursuing Together’s concert cycle set in architectural landmarks, was met with standing ovations. ‘On-site meetings with spectators are special now,’ the soprano shared. ‘We all aspire to a concert atmosphere, a lively dialogue with the listeners, an exchange of energy and spontaneity.’

Set against the backdrop of the famous Latvian Baroque Rundāle Palace, Marina Rebeka’s concert represents a highlight in the awakening of live performances after the lockdown. Rundāle Palace’s name derives from the German place-name Ruhenthal (Valley of Peace), a fitting designation for the atmosphere at Marina Rebeka’s recital.

The predominantly Italian programme consisted of some of the most famous arias from Verdi and Puccini’s operatic repertoire, which allowed Rebeka to expose her versatile dramatic scope and warm, luminous voice. It was interspersed with beautiful miniatures for solo piano by German-Baltic composer Nicolai von Wilm. Greeted with standing ovations, Rebeka gave three encores and concluded with an operetta aria by Franz Lehár.

Latvian soprano Marina Rebeka is one of the leading opera singers of our time. She has gained a wide reputation as one of the greatest Verdi, Rossini, and Mozart singers in the world.

Since her international breakthrough at Salzburg Festival in 2009 under the baton of Riccardo Muti, Rebeka has been a regular guest at the world’s most prestigious concert halls and opera houses, such as Teatro alla Scala (Milan), Opéra National de Paris, Metropolitan Opera and Carnegie Hall (New York), Royal Opera House Covent Garden (London), Concertgebouw (Amsterdam), Bavarian State Opera (Munich), Vienna State Opera and the Musikverein (Vienna), and Zurich Opera House, among others.

In the 2017/18 season, she was named the first-ever artist in residence by the Münchner Rundfunkorchester. In December 2016, Rebeka was granted the Order of the Three Stars, the highest award of the Republic of Latvia, for her cultural achievements.

Laila Holberga has given live concerts and performances not only in Latvia, but also abroad -  USA, Belarus, Russia, Lithuania, Germany, Austria and elsewhere.