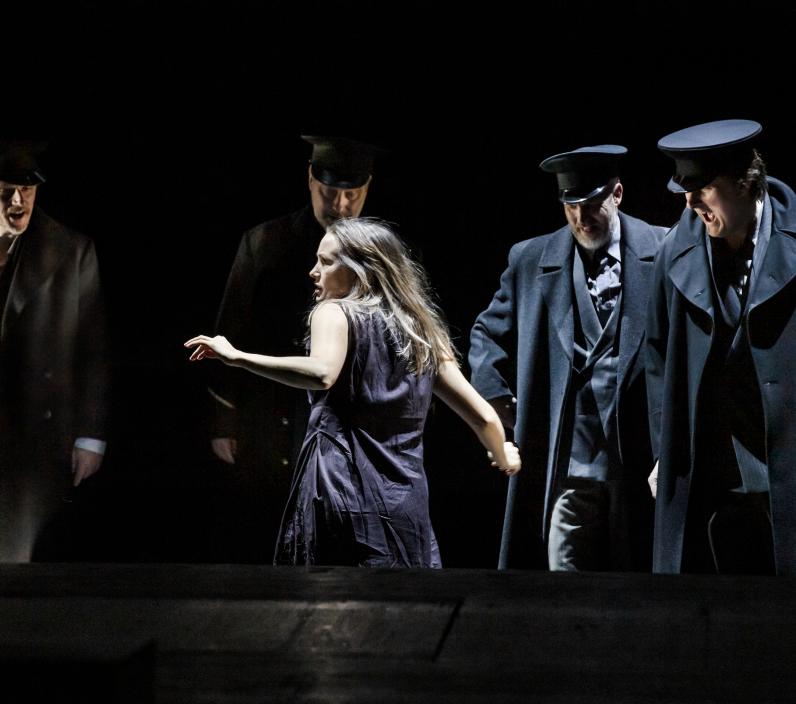 The Promise (Löftet in Swedish) is the story of Ava who becomes separated from her husband, Teo, in a concentration camp. Determined to be reunited with her husband after the war, she travels through the ruins of a traumatised Europe in search of him. We accompany her on a journey that sways between dream and reality, hope and despair.

27th January is International Holocaust Remembrance Day and Royal Swedish Opera pays tribute to the victims in a new comission from composer Mats Larsson Gothe. The world premiere happens on this day and live on OperaVision. It is a story about the invincible power of love seventy-six years after the liberation of Auschwitz. ‘We find ourselves in a time outside time, as the victims of war take their first uncertain steps towards reclaiming their humanity’, says librettist Susanne Marko, who was inspired by her own family history.

Hungary 1944. The young lovers Ava and Teo are to be married. There is defiance in the air. Ava and Teo take their vows before the rabbi.

A year has passed. A large crowd of people who have survived the war have assembled at a railway station. Among them is Ava, who only wants one thing: to find Teo, whom she became separated from when they were deported to Auschwitz just after the wedding.

Ava encounters Gustav, who is on his way home and is looking forward to seeing his family again. Ava is distraught as she has no one to return to. Her memory conjures up the dead, among them the tailor Isac.

Ava is desperately longing for Teo, and suddenly he appears before her in a dream or hallucination. She is happy that he is close, but the pain arrives as she returns to reality.

Ava looks for Teo on the platform during the night. She comes across the severely traumatized Maria, who tells Ava that she will never find Teo because everyone is dead. Ava too, although she does not yet know it. The dead reappear, among them are Ester and Ivan, who speak about what has happened to them.

Ava is sleeping when she is woken by Fritz, a guard who tells her she must leave. Ava climbs on to a train that she thinks will take her to Auschwitz. When Fritz shouts that it is forbidden to board the train, Ava has a frightening hallucination. As she begins to return to reality, she goes up to Fritz, tenderly and alluringly, and he says that he wants her. She makes him believe that she wants him too. He lets her climb on to the train to wash. The train departs with Ava on board. Fritz remains on the platform, angry about having been deceived.

Ava collapses inside the carriage. She is longing for death. As she walks through the train, she trips over a sleeping man, David. He speaks about his guilt. In a nightmarish flashback his sister Rebecca is calling for help, but David does not dare acknowledge her.

Ava wakes him up and tries to console him. The hold each other, but in his confusion and desperation David loses control, and his embrace becomes more and more violent. Ava cannot break free. A girl, Rosa, helps her. Ava starts to beat David uncontrollably, but Rosa makes her stop. David opens the door of the train and jumps to his death. Ava is shocked when she realises that she made David kill himself. She almost follows him, but Rosa stops her.

On the train, Ava and Rosa reluctantly begin to talk to each other. Rosa shares her bread with Ava and tells her about the food her mother used to make. Rosa’s heartache turns into an intense daydream. But the happy memories fade and turn into a painful flashback of what had happened when Rosa became separated from her family. Her brother Josef and mother Elisabeth forced Rosa to hide in a cupboard at home while they tried to escape from the Nazis.

When Rosa wakes up, she is filled with sadness and grief. Ava tries to console her, but Rosa pushes her away. She does not want any help, and she tells Ava that she will never find Teo.

At dawn, Ava dreams that she is looking for Teo, asking everyone she comes across about him. Those who survived the war and Auschwitz pay no attention to her. Ava is surrounded by the dead. Several step forward to recount their story, asking to be remembered.

Ava wakes up when Rosa shakes her. Ava no longer feels strong enough to continue to look for Teo, but Rosa tells her she must, and offers to help. Ava falls asleep, dreaming of Teo.

Finally, Ava arrives at her destination. She manages to locate Teo. He is half dead and refuses to believe that the person talking to him is his wife. He has given up hope. He does not even want to look at her. He only wants to die. Ava’s desperate attempts are in vain. But when she finally sings about her love for him, he opens his eye, and sees his beloved Ava.

Ava, Teo and Rosa walk with a group of adults and children, dead and alive. They speak about how we all come out of a bottomless well. Each drop holds the entire ocean, and every human all of humanity.

Mats Larsson Gothe (b. 1965) has been active full time as a composer since 1995 and has written in most genres, with an emphasis on orchestral music and solo concertos, but also chamber music and not least opera.

He had a major breakthrough with his first full-length opera Poet and Prophetess at NorrlandsOperan in 2008, and the prize-winning Blanche and Marie aroused a lot of attention at the premiere in the autumn of 2014, and was also nominated for the 2015 International Opera Awards.

In his solo concertos Larsson Gothe has worked with soloists including Christian Lindberg, Torleif Thedéen and others, as well as the percussion ensemble Kroumata. Another important interpreter of his music is the singer Anna Larsson. Orchestras such as the BBC Symphony Orchestra, the Gothenburg Symphony Orchestra and the Royal Stockholm Philharmonic Orchestra have programmed his music. During the years 2009-12 Larsson Gothe was composer-in-residence at NorrlandsOperan and likewise with the Västerås Sinfonietta 2014-15. In April 2016 the Stockholm Concert Hall’s “Composer Weekend Festival” was devoted to his music.

Stylistically, Mats Larsson Gothe started off in a Stravinsky tradition from which he has continued to develop. Furthermore, studies in Italy (with Atli Ingólfsson) have lent his music a scintillating quality of Mediterranean vigour. Emotional power of expression is fused with neoclassical features and a strong sense of pulse, which makes the music very intense. In his more recent orchestral music there is a dramaturgical structure which shows his work with opera has influenced these pieces as well.

Mats Larsson Gothe studied at the music teacher training program at the Ingesund College of Music, with trumpet and piano as his main instruments, continuing with composition studies at the Royal College of Music in Stockholm with Sven-David Sandström, Daniel Börtz and Pär Lindgren. He pursued further studies with Kalevi Aho at the Sibelius Academy in Helsinki. He has been awarded a number of prestigious distinctions, including the Christ Johnson Prizes (2003 and 2018), the Bo Wallner Prize (2009), Svenska Dagbladet’s Opera Prize (2015) and the Swedish Music Publishers’ Award (2015). 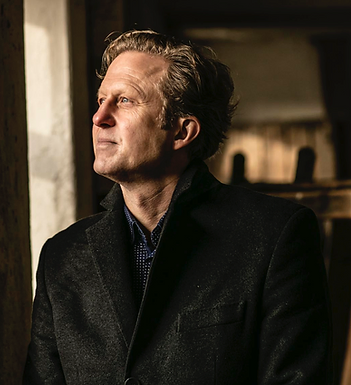