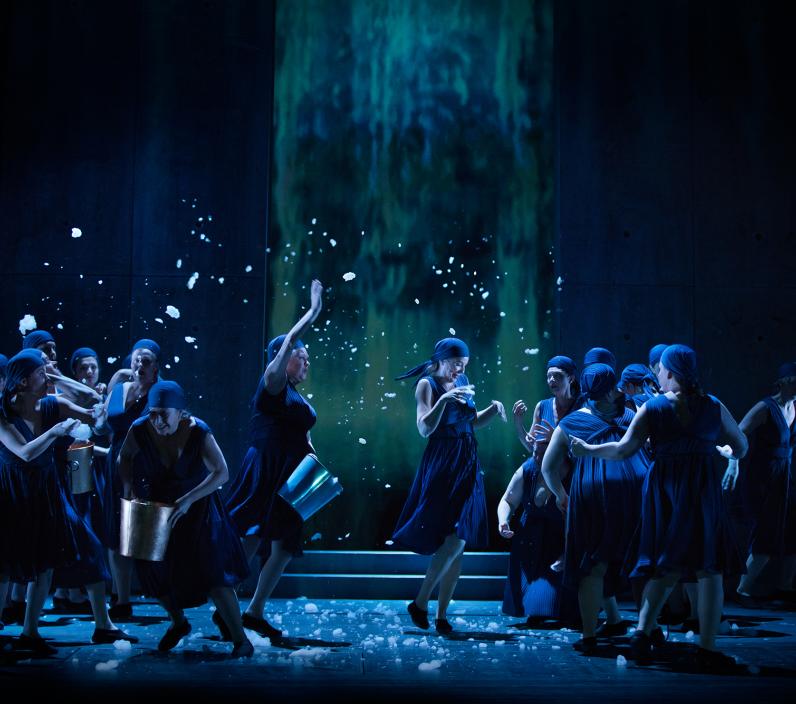 1. Because you already know him

Even if you’ve never seen Rigoletto, you’ve hummed ‘La donna è mobile’. The aria overflows with energy and represents an easy-going take on relationship issues between men and women.

In Verdi’s opera, however, the light-headedness of the song is paired with the fatal consequences of selfish desires. The Duke of Mantua desires Gilda, the daughter of his jester Rigoletto, who desperately tries to prevent her from being abused. He arranges for the Duke’s murder, but while the latter is being protected by another lover, Gilda accidentally gets caught in the crossfire. When the Duke sings ‘La donna è mobile’ for the second time, its happy spirit shivers with Gilda’s death. 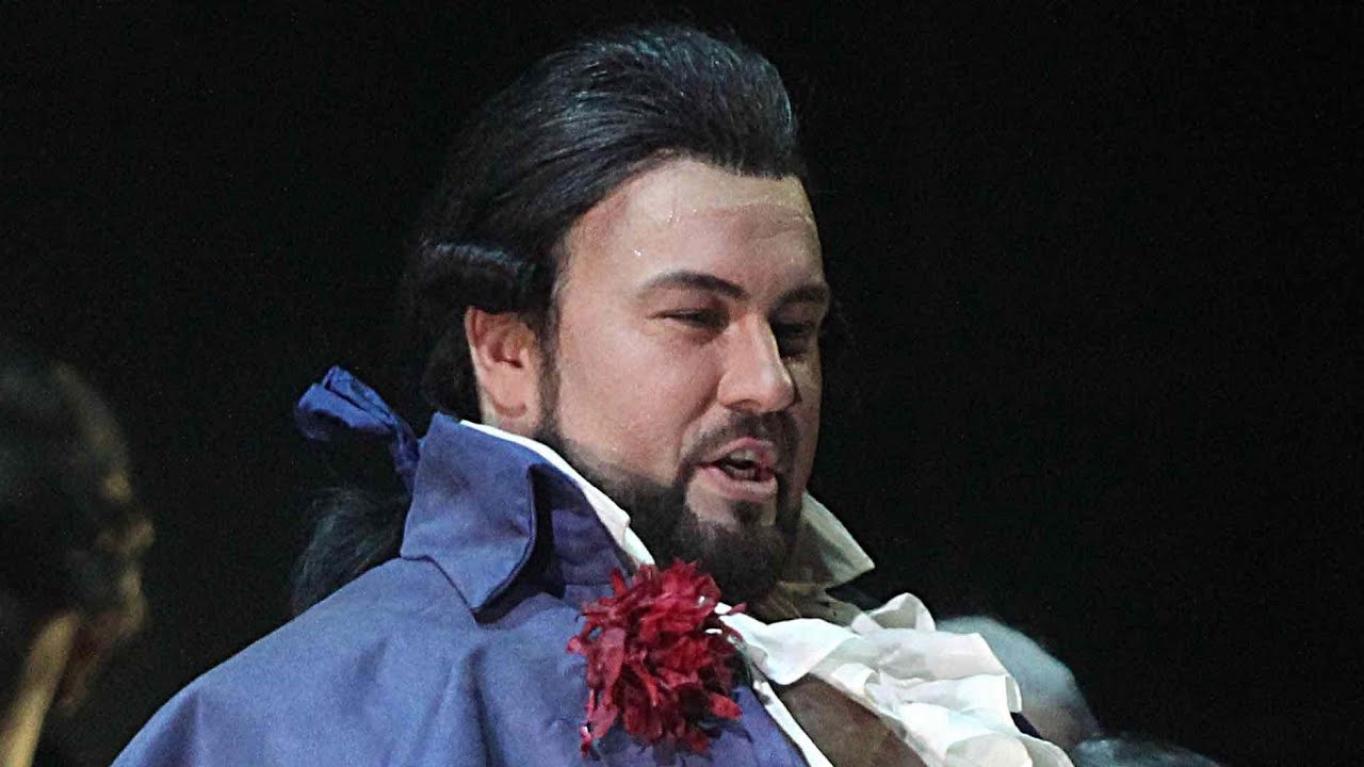 2. Because you’re attracted to more than just beauty

Beautiful heroines, beautiful music, beautiful feelings: love for exceptional and independent women regardless of their social status is a key element in Verdi’s works. And even though it’s the male protagonists who usually survive or save the day, ‘one never feels fully happy’ without one’s female counterpart.

In Il trovatore, Lady Leonora refuses the advances of Count di Luna as she loves the supposed gypsy troubadour Manrico. He gets imprisoned for his involvement in a vendetta connected to his foster family. Wanting nothing more than to save the man she loves, Leonora pledges herself to Di Luna in exchange for Manrico’s freedom. But then she secretly takes some poison, as she would rather die than let the Count possess her. 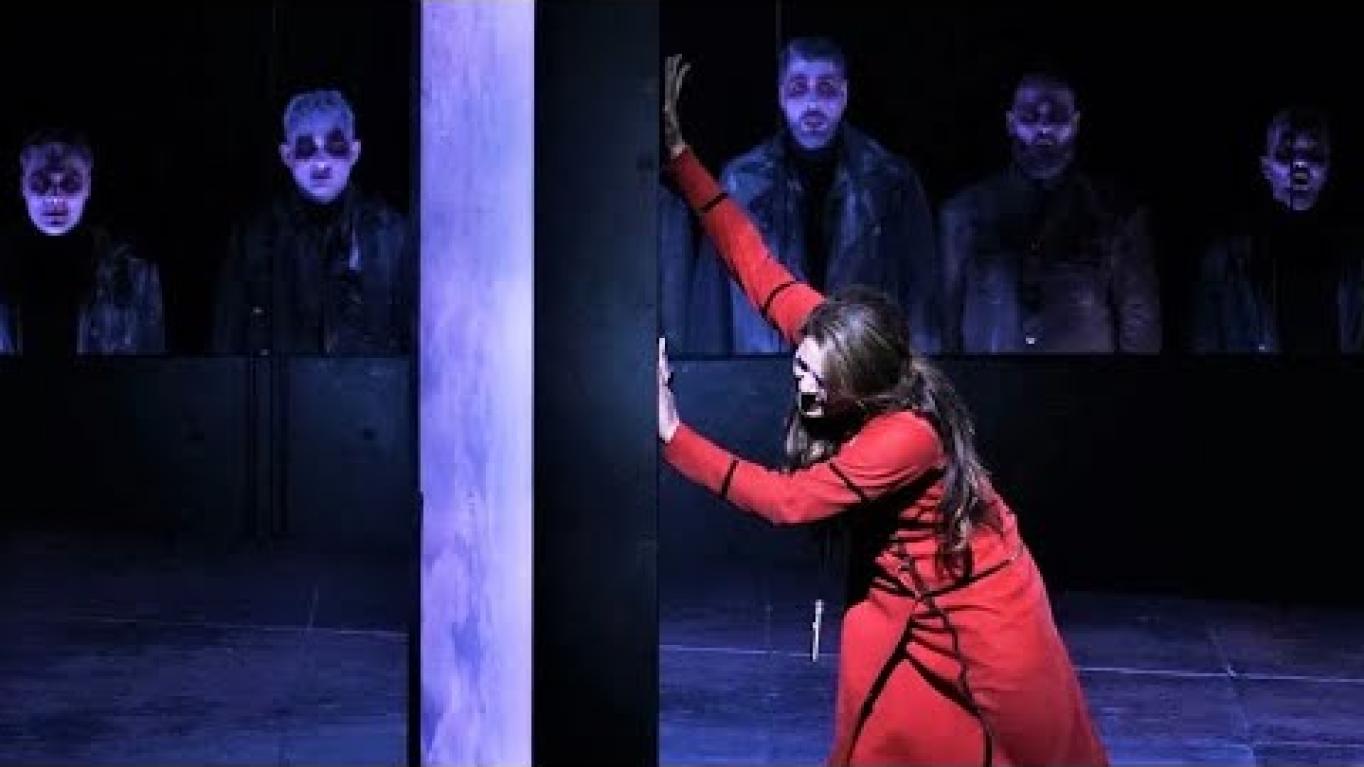 3. Because he's funnier than you think

The last opera Verdi composed is a comedy, based on the grotesquely amusing Falstaff. He is a beloved Shakespeare character from the play The Merry Wives of Windsor who loves wine, beautiful ladies and easy money. The women he tries to trick into marrying him and leaving him their money are always one step ahead of his plans and invent their own schemes to ridicule Falstaff.

In the finale to Act II of Falstaff, the mingling and plotting characters all confront each other about their suspicions and hidden agendas. The scene culminates with Falstaff literally being washed down the drain. 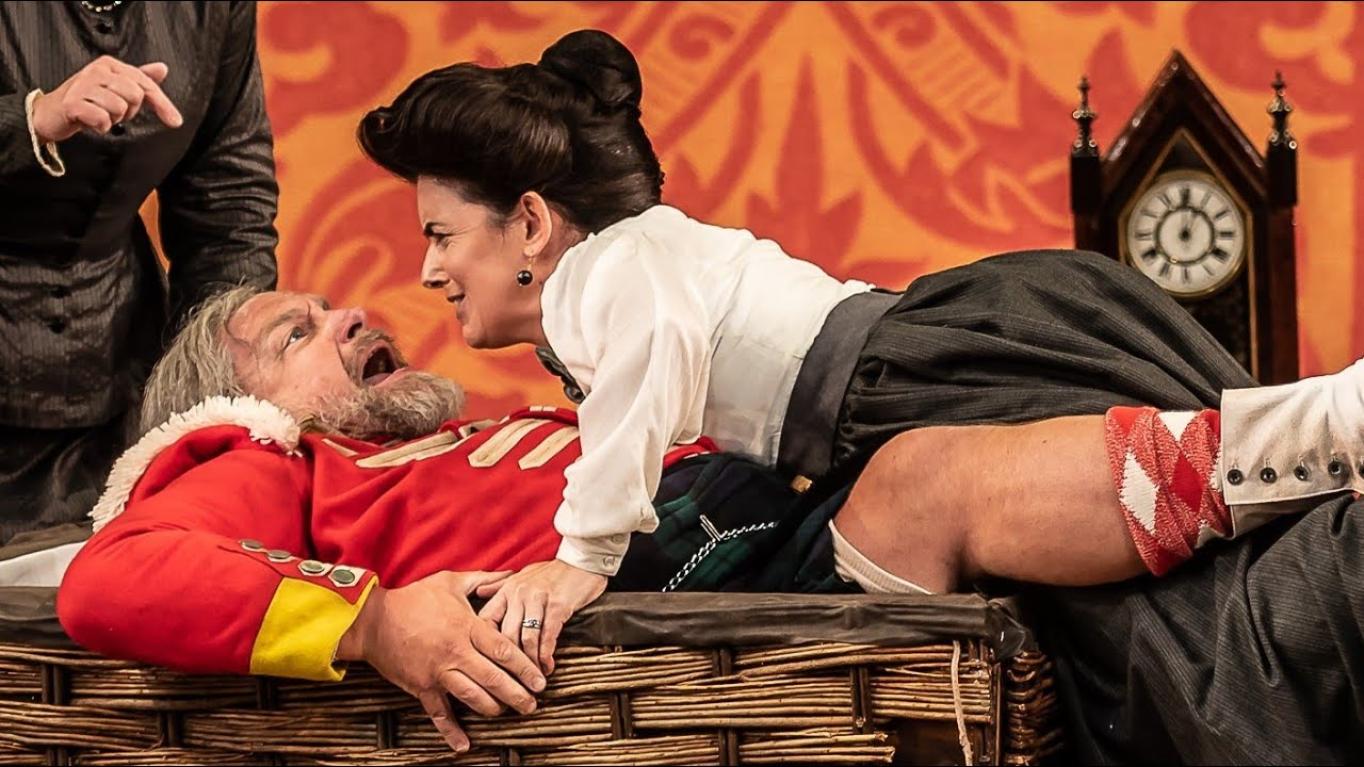 4. Because his main characters are straight out of Hollywood

Verdi’s heroines and heroes are multi-facetted, not examples of morally pure characters, even if the libretti usually display clear positions of right and wrong. In order to give the stories their twists, principled individuals are often compelled to act in deceitful ways.

Rigoletto is a caring father as well as a cursed jester. Despite working hard to lead a good life, his story is one of tragedy. When he is ridiculed by his employer’s court and starts to fear for his daughter’s wellbeing, he succumbs to temptation and hires Sparafucile to kill Gilda’s lover, the Duke. But in the end, it is Gilda who is killed, and Rigoletto is left devastated. 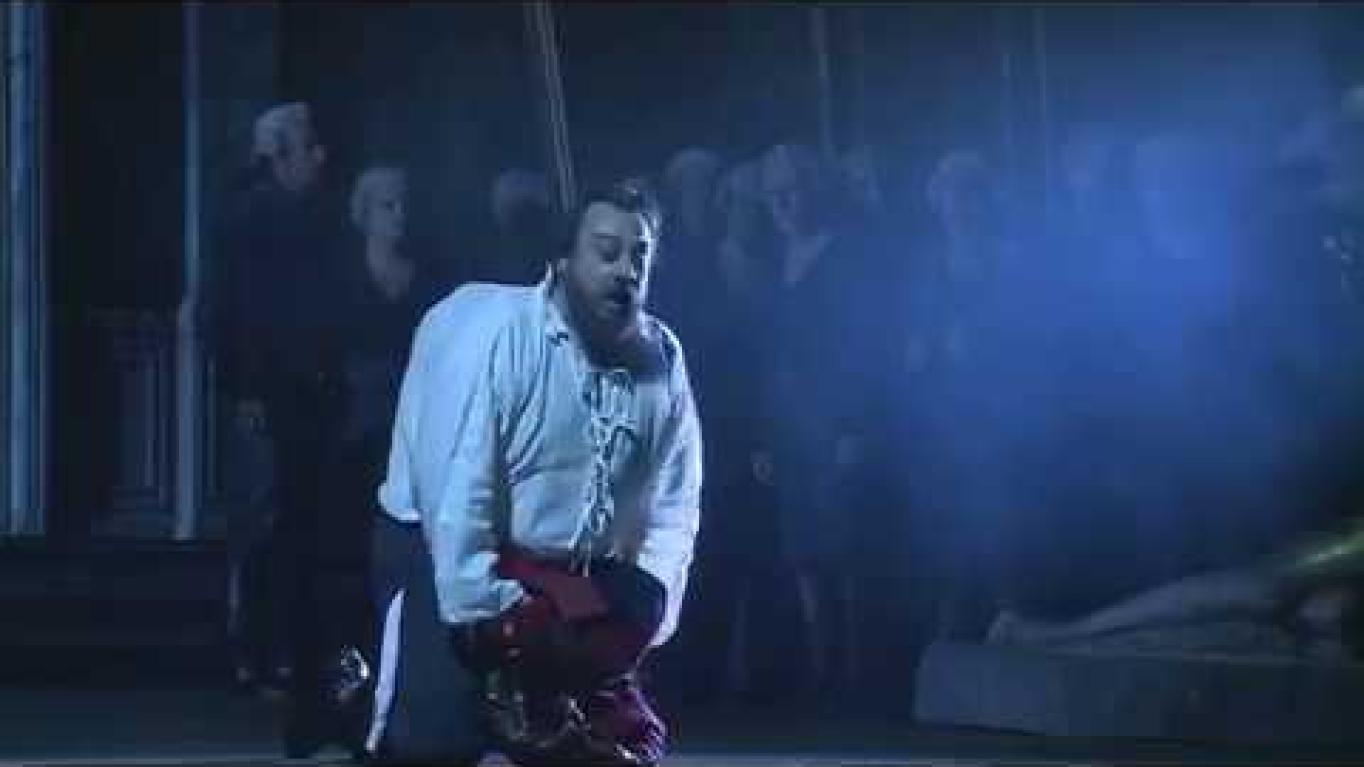 5. Because his duets are to die for

Towards the end of many Verdi operas, the dramatic knots dissolve and star-crossed lovers are reunited, only to find themselves on the cusp of tragedy. But before their final demise, the couple are allowed to declare their mutual love in a duet and share a moment of reflection on the struggles they’ve had to endure over the four or five acts.

Aida is an opera about military glory and the triumph of love without borders. Aida is an imprisoned Ethiopian princess who is in love with Radamès. He is the captain of the Egyptian guard, who accidentally backstabs his people and is sentenced to death.

At the end of the opera, Radamès is facing death by being buried alive in a tomb. At least Aida is safe – or so he believes, until he hears her sighs and then sees her right next to him in the tomb. Instead of carrying on living without her love, she decided to hide herself there and die together with him. 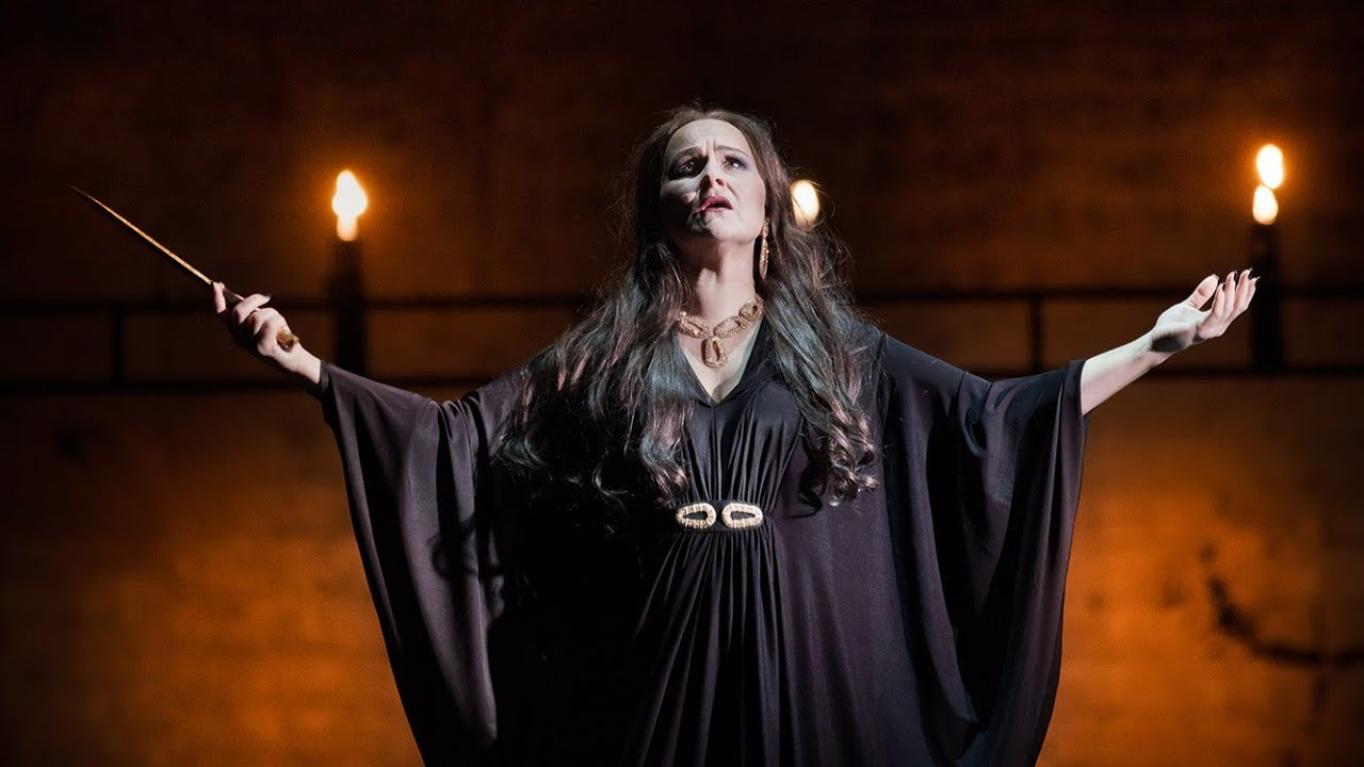 Browse the OperaVision library for our full selection of Verdi videos, including full operas, extracts, interviews and peeks behind the scenes.